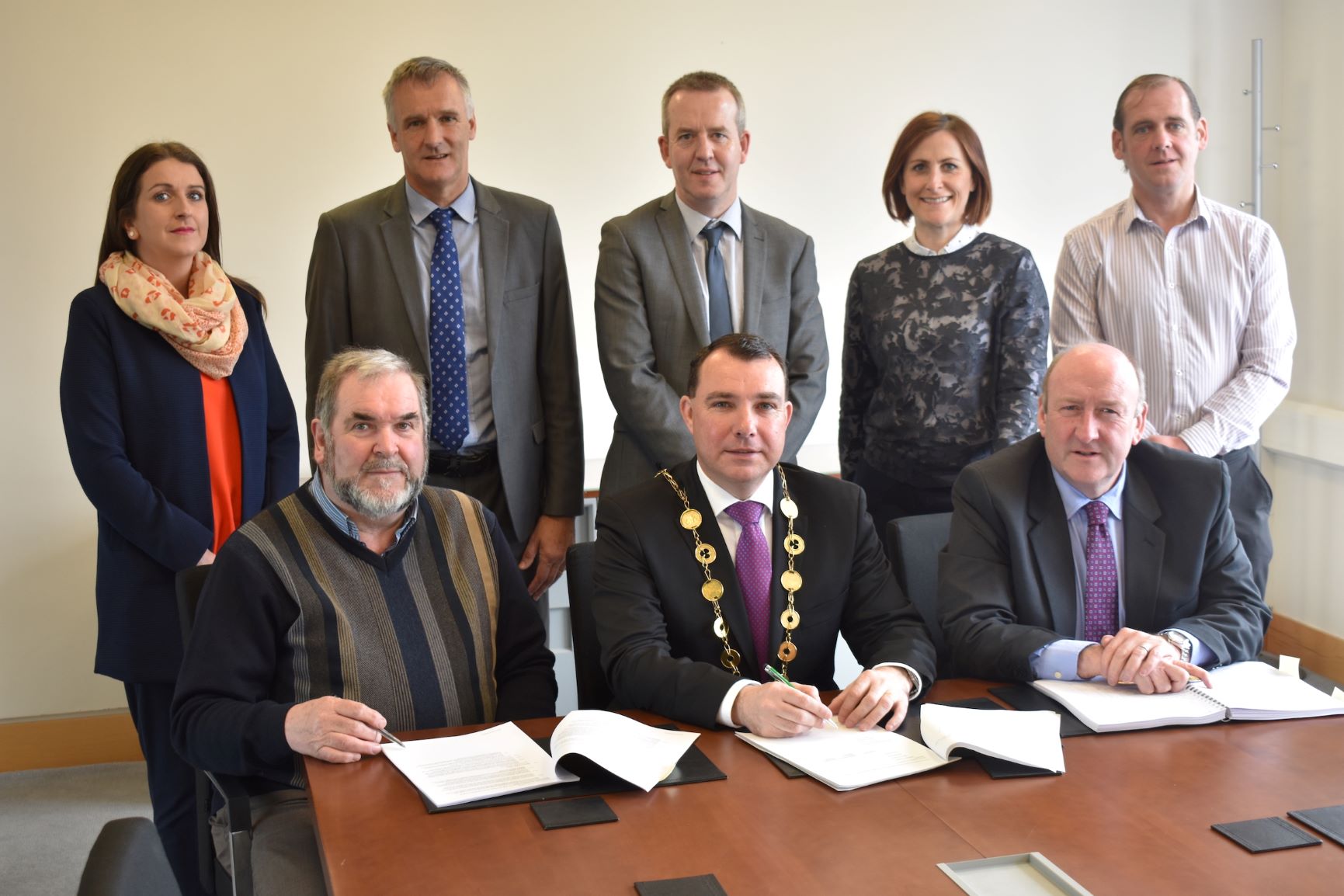 Construction is to begin very shortly on a new housing development Waller’s Well, Roxboro Road, Limerick. Eleven two-storey homes and a three-storey block incorporating two apartments are being built on the council-owned site. The construction phase is due to take approximately 18 months to complete. The housing development is part of the Regeneration Programme.

Contracts have been signed with Martin’s Construction Ltd from Ennis who won the competitive tender process. The contract is worth in the region of €3 million.

The first phase of Waller’s Well comprised of 10 homes, which have been occupied since 2015.

The 10-unit development, comprised of three-bedroom homes, were offered to both homeowners and tenants from across the Regeneration areas.

The development is about supporting the Janesboro community, as just as much as the residents of the new houses. The Regeneration Programme is about rejuvenating communities and ensuring that the people are provided with good quality homes.

In addition to the new homes, there will be a new site access road from the Roxboro Road, additional car parking spaces and improvement to existing footpaths. New street lighting will be installed while soft landscaping including the planting of shrubs and trees in the area is part of the development.

Waller’s Well is one of a series of Part 8 housing applications which were granted by Limerick City and County Council and have now been approved for funding by the central government. The development is part of the council’s plans for new homes in Limerick as part of its commitment to the government’s overall Rebuilding Ireland project.