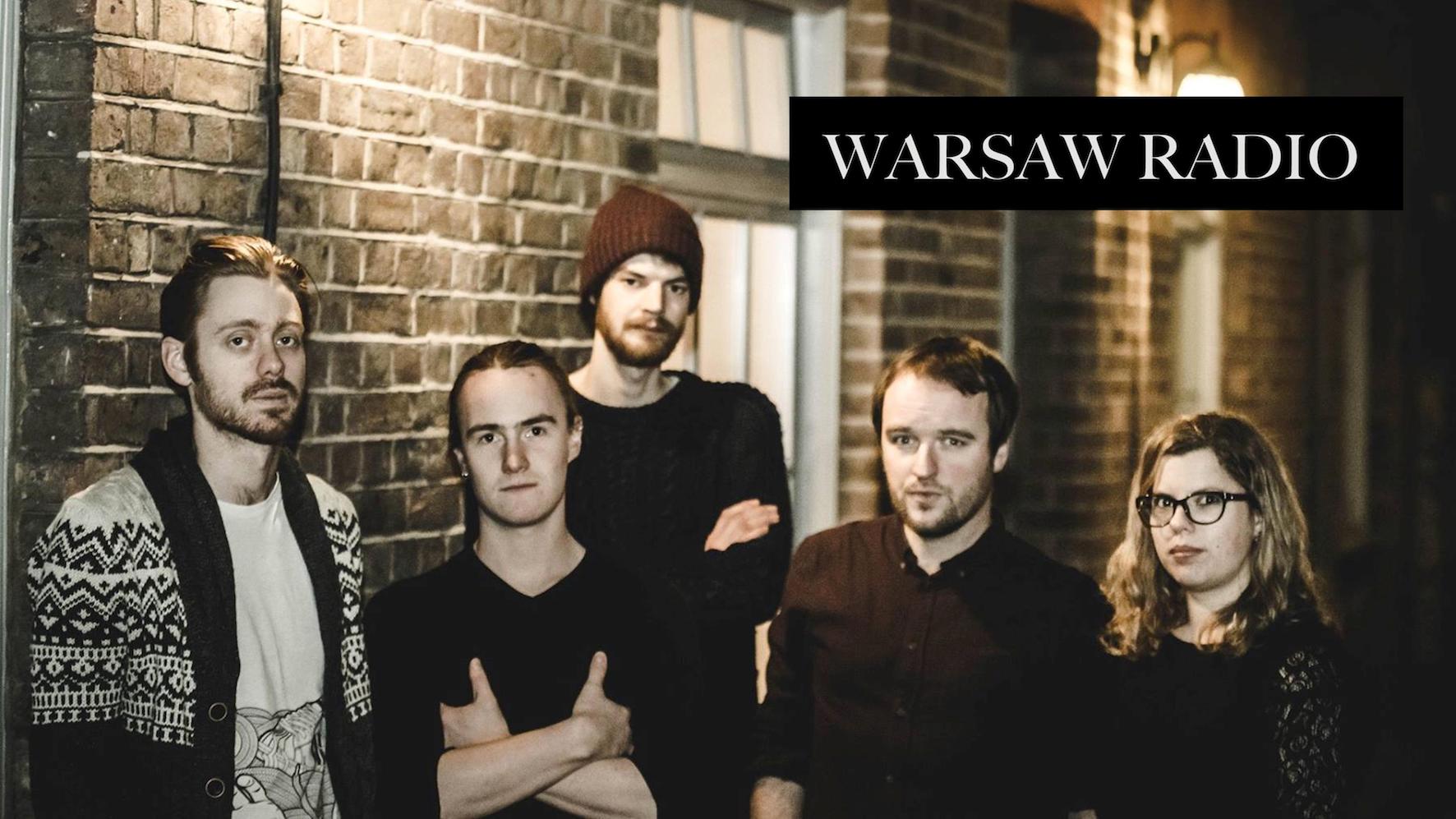 To coincide with the release of their debut album, ‘Midnight Broadcast’ (through Seventh Dial Records) Warsaw Radio have released their new single ‘Ms. Monroe’. The song and video take inspiration from the relationship between filmmaker Arthur Miller and Marilyn Monroe. The narrative imagines Monroe giving advice on relationships after the break down of her relationship with Miller when they were filming what would be Monroe’s last film (‘The Misfits’) in Reno, Nevada.

Warsaw Radio formed in 2013 in Brighton when Nikki Bates (violin & vocals) answered an ad posted online by Brían McNamara (vocals & guitar) looking for musicians to start a band. McNamara had recently moved from Limerick, Ireland to Brighton to be closer to the London music scene. Prior to moving to Brighton McNamara honed his craft playing solo in venues and busking in New York’s Greenwich Village and San Francisco. Brían was previously lead singer in a rock band signed to Xeric Records in Ireland (a label owned by The Cranberries first manager Pearce Gilmore) and as an unsigned solo artist played across Ireland including shows with acts such as Mundy and Bell X1. Nikki Bates moved to Brighton from Barcelona around the same time as Brían. Hailing from the North of England, as a musician, she had worked with the likes of Sting, EMI studios, Cinematic Sinfonia and London Philharmonic Orchestra.

According to McNamara the name of the band came about when he was reading a history book and there was a couple of paragraphs about the siege of Warsaw in 1939. “During the siege, they had a live orchestra performing on air to help with peoples morale…. the musicians on Warsaw Radio kept going until their transmitter was hit by a shell. It was a pretty incredible story and it reminded me of the famous quartet on the Titanic who kept on playing as the ship sank. I liked the message of defiance and we were looking for a band name so that’s where it began.

Bates & McNamara performed as a duo initially and played with a variety of line-ups on the Brighton and London music scenes.  The duo attracted attention due to the unique blend of McNamara’s baritone vocals and Bate’s soaring strings. Laurence Bridge joined the band full time in 2014 on bass. Bridge had previously worked with a number of indie rock acts in Brighton and the likes of Tom Odell and Lucie Barat. Paul Lennox (drums) and Edd Mann (lead guitar) completed the W.R touring line-up.

In the autumn of 2016, McNamara approached Mercury nominated producer Jag Jago (The Maccabees, Florence Welch) at Brighton Electric Studios with demo tracks and this led to the release in Feb 2017 of their debut single ‘After Eve’. The single was picked up BBC Introducing and debuted on BBC Northern Ireland’s – Across the line show. This was followed by support from BBC Radio 6 Music D.J Chris Hawkins and Dan Hegarty on RTE 2 FM in Ireland.

The band has toured extensively in the UK & Ireland including headline shows at Ronnie Scott’s London, Notting Hill Arts Club, Whelans Dublin, The Belfast Empire, The Great Escape Festival in Brighton and The Beautiful Days Festival in Devon. They have appeared as special guest support to artists such as The Waterboys, Mick Flannery and The Lone Bellow, all bands/artists that have inspired their sound. W.R’s sound brings together different genres based on each of the individual band members in a fusion of rock & alt-folk.

Below is their new single Ms. Monroe, set to be a big hit in the Warsaw Radio Midnight Broadcast album.

“One of those bands that you discover and you wish you’d known them longer” – Chris Hawkins, BBC 6 Music