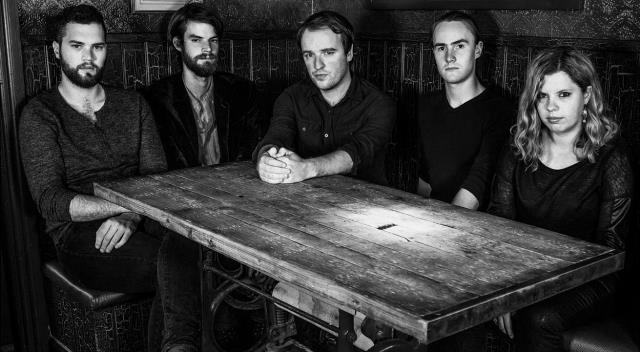 Following appearances at the Great Escape Festival in the UK, shows in Whelans Dublin, the Belfast Empire, Crane Lane in Cork, Roisin Dubh Galway and a mind blowing performance at the legendary Ronnie Scott’s in London Warsaw Radio have released their latest EP Give It All to Fear with a sell out show at the Unitarian Church in Brighton. While this band is based in Brighton, UK, the band is fronted by song-writer, guitarist and vocalist Brían McNamara who hails from Limerick. According to McNamara “For this record we focused on getting a raw live studio sound… this is music without additives. The record focuses on human emotions that don’t really feature in a lot of songs – fear and jealousy”. The Warsaw Radio sound taps from a well of music that includes Wilco, The Waterboys and The Frames.

Warsaw Radio’s unique folk, rock, country infused style has attracted a lot of attenion across the UK and Ireland having supported Irish singer-songwriter Mick Flannery on his UK tour this band are the ones to watch. The Give It All to Fear debuted on RTE Radio in Ireland and BBC Radio in the UK. Warsaw Radio are planning a return to Ireland during Feb 2016.

The Give it all to fear E.P was produced by avante garde folk/indie producer Tim Bidwell (Kate Walsh, Fink and Jennifer Left) and it was recorded in the Clockwork Owl Studio’s in Brighton, England.

Some reviews of Warsaw Radio include:

“One of the most hotly-tipped new bands in Brighton. Fronted by Brían McNamara, the alt-folk four piece produce melody-heavy acoustic guitar sounds with smooth vocals and a deep, soulful style”. www.brightonnoise.co.uk – Sept ’13

“Their music instantaneously catches your ear and engulfs you with such a peaceful sound. If you aren’t drawn in, in the first couple of seconds then Brían McNamara’s voice is sure to capture you. The raw, raspy vocals of McNamara add a powerful feeling to their songs….” www.venturemag.co.uk – April ’14

For more information check out the Warsaw Radio website here.

The Zaïde Quartet to perform in Limerick on October 13