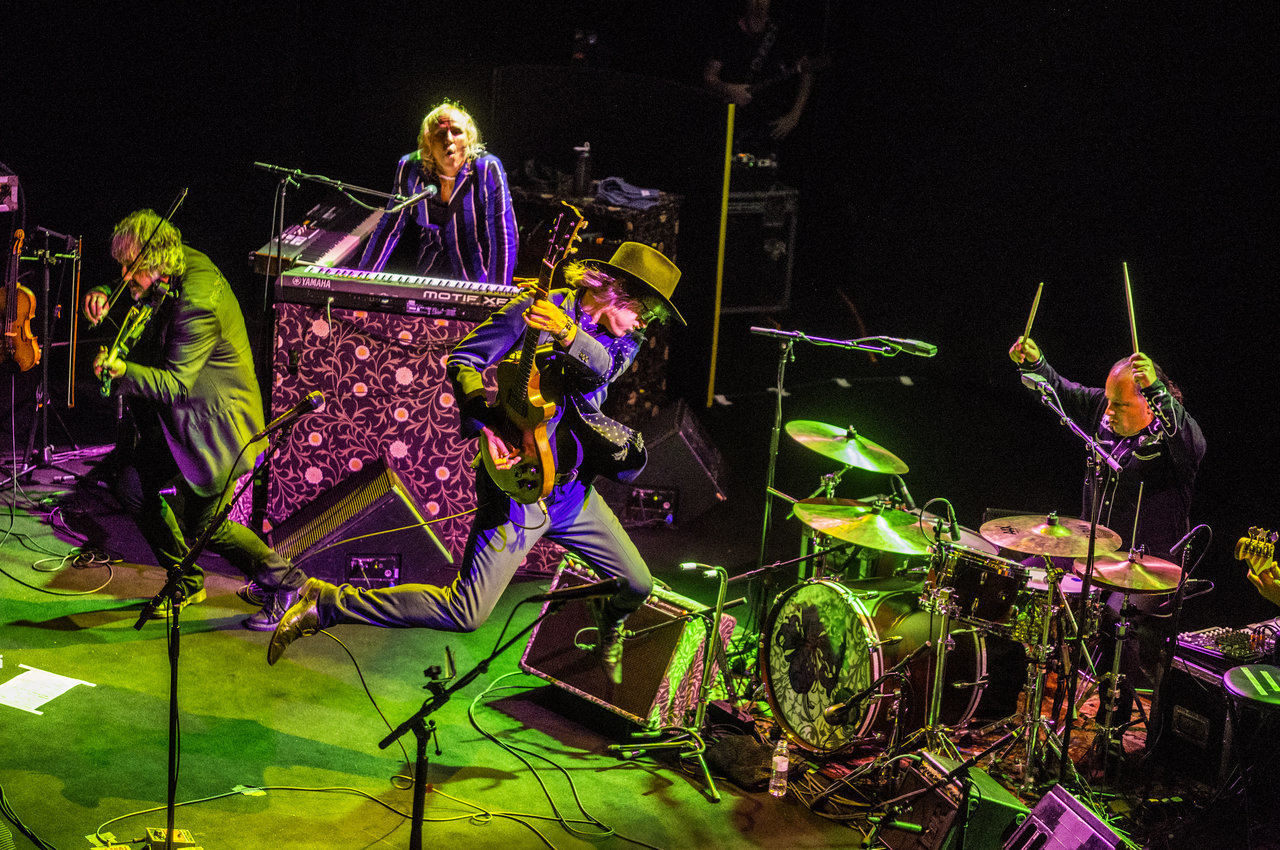 The Waterboys set to perform in the University Concert Hall, Limerick

The Waterboys Perform at UCH, Limerick

The Waterboys perform at UCH. They are a rock band originating from Edinburgh, Scotland, formed in 1983 by Mike Scott. The line-up, location, and style of the band has changed over their long career yet their music has been a consistent mixture of Celtic rock with traditional rock and roll!

The relevance and popular reach of The Waterboys has never been greater. Their songs have been performed by artists as varied as Ellie Goulding, who scored a top 3 UK hit with “How Long Will I Love You” in 2013; Prince, who sang “The Whole Of The Moon”; mainstream poppers Boyzone who recorded “The Whole Of The Moon” in 2014, US indie rockers The War On Drugs, who’ve played “A Pagan Place” as a staple of their live set for several years; and cool American band Dawes who rearranged “Fisherman’s Blues” to astonishing effect in their 2015 shows.

Meanwhile “How Long Will I Love You”, “Fisherman’s Blues” and “You In The Sky” were featured in hit movies  About Time, Good Will Hunting and What We Did On Our Holiday.

The music of The Waterboys has never ceased to evolve, from the influential mix of Celtic, gospel, country and rock on the Classic Fisherman’s Blues, the fired-up poetic passion of 2011’s An Appointment with Mr Yeats and 2015’s acclaimed return to prominence, the rootsy, funky Modern Blues to their latest album (their 12th and first double album), Out of All This Blue, which is maybe the most brilliantly daring and accomplished reinvention of The Waterboys to date!

Enjoy tracks from the new album, together with classic Waterboys’ hits, live at UCH this December!

Related Topics:The WaterboysUCH Limerick
Up Next