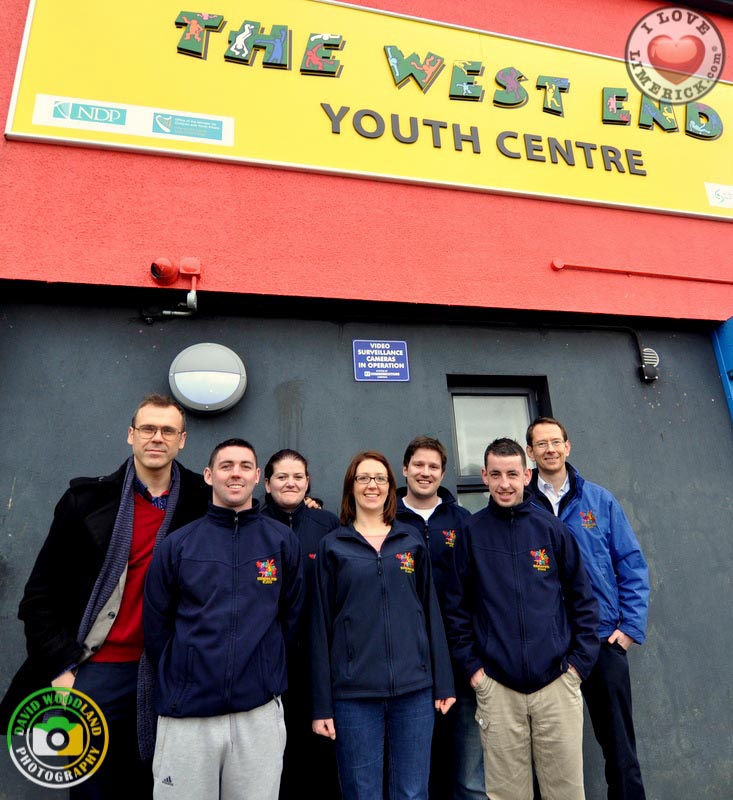 The annual West End Youth Centre art raffle once again attracted amazing support from local and national celebrities. When all was said and done over €2500 was raised for the Ballinacurra Weston service!

There was a choice of three marque prizes. The first was a two-night stay in the luxury five star Adare Manor Hotel, kindly donated by the limerick landmark resort. There was also an official French Top 14 Racing Metro match jersey worn by Johnny Sexton and signed by both himself and Munster legend Ronan O’Gara, a collectors’ item many thought would never happen! Also on offer was a championship standard dart board signed by the iconic Phil ‘The Power’ Taylor, the man who has come to define the character and style, not to mention unparrelled winning record, in professional darts today. The dartboard is also signed by another world famous champion Denis ‘The Menace’ Priestley. Other amazing prizes included works of art by international artist Jean Ryan Hakizimana, local artists Mark Heng, Gillian Jonker and Aoife Guilfoyle.

William Priestley, manager of the West End Youth Centre, said “We are thrilled with the support we received, both in terms of the fabulous prizes, all of which were donated for free, and those who purchased tickets. There are a lot of great causes out there at the moment and, as a result, we appreciate every ticket sale. Sadly, our core funding has been cut by over 35% in recent years, so events like this are becoming even more important.

Local Limerick man John Bennett owned the first ticket pulled out of the hat. He said ‘I had my eye on the dartboard to be honest. My son is a huge rugby fan so he was after the jersey. My wife had never been to Adare Manor. It wasn’t an easy choice!” Second prize and third prize were won by two separate Americans, who kindly lent their support all the way from New York.

All proceeds from the raffle go towards the programmes and activities run by the West End in the local community. These include seven weeks summer programme, dance classes, bootcamps and the famous Halloween haunted house. The West End youth centre is open six days a week and all five weeknights.

To find out more about West End Youth Centre go to www.ololcsg.ie.