What Next Dance Festival 2019 will feature ‘Princesses can be Pirates’ by Mónica Muñoz Marín, an energetic duet that seeks to playfully questions what is considered normal behaviour for girls and for boys. Picture by Daragh Muldowney.

Now in its second year, the ‘What Next’ Dance Festival 2019 will return to Limerick, promoting dance discovery through a mixture of live performances, workshops and other events. The festival takes place over Dance Limerick’s performance space at St. John’s church, John’s Square, between the 7-9 February and once again showcases an original line up of choreographers, dance artist and musicians from across Ireland and abroad.

Inspired by the impressive talent of rising dance artists from Limerick and abroad, the festival encourages you to sample something different through its fresh and engaging programme.

Acting as both curator and facilitator for the festival is prolific Irish dance artist and choreographer Catherine Young (State of Exception, Welcoming the Stranger, Ultima Thule & Woman Stood Regardless), along with Dance Limerick director Jenny Traynor as co-curator.

The new and intriguing contemporary dance in What Next will feature in 3 Programmes spread across the weekend, with a Closing Dance Party hosted by festival artist, DJ and hip-hop dancer Tobi Omoteso.

Programme 1: Transitions kicks off at 7:30 pm on Friday 8 February.

‘In Struggle We Hope’ by Tobi Omoteso – A breath-taking dynamic performance taking influence from the dance artist Tobi Omoteso and musician Leo Wolstenholme’s different cultural backgrounds. Street dance / B-Boy inspired by the indigenous abstract movements of Lagos, Nigeria and violin music fuse to present a conversation on struggle and hope.

‘Nascanna’ by Liam Scanlon is part of Programme 1 and features improvised dance with traditional music.

‘Nascanna’ by Liam Scanlon – In this duet sean nós dancer Liam Scanlon and fiddler Cathal Ó Curráin delve into the connections and relationship between traditional dance and music. This improvised dance piece centres around the impulse that makes you want to dance and express yourself at the right time.

‘deis/mireacht’ by Oran Leong – Leong’s contemporary solo takes reference from the transition between traditional dance style to contemporary through the embellishment of touch and response.

‘Le Somnambule’ by Kévin Coquelard – As the final performance of Programme 1, this solo shows Coquelard translating impulses into motion with his depiction of a trance-like state during sleepwalking. The antics take place in a chaotic mind. Well known/classical music accompanies this riotous piece and stays with the audience long after the performance ends.

Programme 2: Friends and Family is on Saturday 9 February from 2:30 pm and features an impressive, family-friendly line-up of local and international performers and choreographers.

Princesses Can Be Pirates by Mónica Muñoz Marín – This dance show is an energetic, fun and whimsical duet that seeks to playfully questions and explores what is considered typical or normal behaviour for girls and for boys. Two extraordinary performers join forces as they journey in the unknown! Great for the young and old alike.

Come With Me by Rachel Sheil – The piece is an invitation into a world of colour, humour and the ludicrous. A cartoon world, where there are different rules, different realities and a different kind of freedom. From the mediums of Western animation and Japanese anime, as well as comic books and video games, Sheil derived playful movement that may not make conventional sense…but since when did cartoons ever do that!?

Kévin Coquelard’s Le Somnambule – Marking the end of Programme 2 is Conquelard’s second performance of the weekend.

Programme 3: The final Programme of the festival takes place on Saturday 9 February at 7 pm and is a standalone performance of Pietro Marullo’s WRECK List of extinct species. A huge floating sculpture moves ominously above the performers and audience like a hunter. As it gently swallows and spits out human beings, our imaginations wander. Moving between contemporary dance, performance art, visual art and installation, WRECK is an elastic performance hinting on contemporary slavery and capitalism where reality is left behind. In 2018 Pietro Marullo travelled to Limerick to recreate the piece, especially for Dance Limerick’s performance venue. Marullo selected 3 Irish dance artists via an open call for this performance. Pietro Marullo is an Aerowaves Twenty18 Artist.

The End is a durational performance piece taking place in Dance Limerick’s studio on Saturday 9 February (time TBC) which looks at identity politics through video, dance, sound. The End invites the audience to observe the performer and choreographer (Isabella Oberländer) up close or at a distance, for the duration of the piece or just for a moment. The movement is set to a video piece by visual artist Breda Lynch which includes a reimagining of The Doors song The End by violinist Marja Gaynor.

Finishing off the festival weekend is local dance artist and DJ Tobi Omoteso as he hosts the What Next Dance Festival 2019 closing party on Saturday 9 February at 9 pm in Dance Limerick’s performance venue. Prepare for a night packed full of energy and fun with music featuring 90’s RnB and Hip-hop, Dancehall, Funk, House and Disco. This is the audiences’ chance to join in the performance and dance the night away at this BYOB party!

As well as the performance element of What Next Dance Festival 2019, programme dance artists Emma Martin and Luke Murphy will lead morning dance workshops which are open to the movement and dance community in Limerick (more info on these classes to follow on the Dance Limerick website from next week).

Post Show Discussions will follow each programme where the audience will get the chance to meet the makers and find out more about the performances.

There will be a free talk/panel discussion called Engaged Arts on the subject of Socially Engaged Arts at the Limerick City Gallery of Art on Thursday 7 February at 6 pm. In the current climate many independent artists now use socially engaged practice as a dynamic and contemporary form of practice within their own art making, while simultaneously, there is a growing interest from local citizens and communities, to affect social change through art and/or to have an input into art that resides within their public realm. We invite you to join with us and our artist panel, George Higgs (music), Marilyn Lennon (visual arts) and Ríonach Ní Néill (dance) to hear about their experiences and inspirations for making art that is socially engaged. The discussion will be chaired by Annette Moloney, Independent Curator and Public Art Advisor to the Arts Council.

Finally, we welcome you to join us at our Festival Club in Mother Mac’s bar on High Street from 9 pm on Thursday 7 and Friday 8 February.

Tickets for the What Next Dance Festival 2019 are available on Dance Limerick’s website, or can be bought at Dance Limerick, 1-2 John’s Square, Limerick (cash/cheque only) from Monday 14 January 2019.

For more information on the What Next Dance Festival 2019, click here 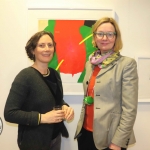 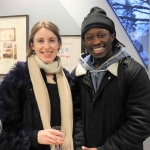 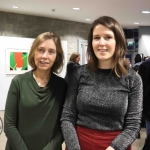 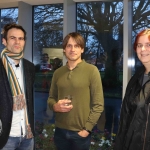 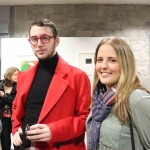 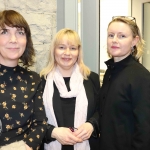 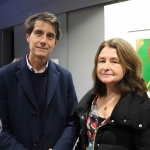 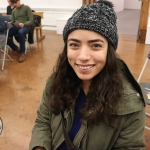 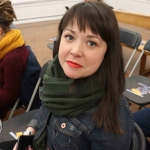 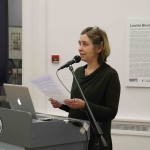 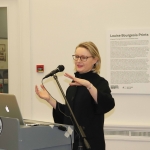 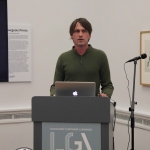 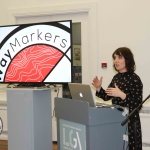 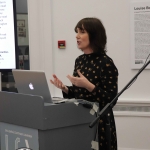 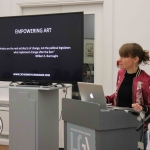 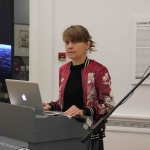 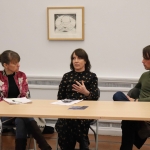