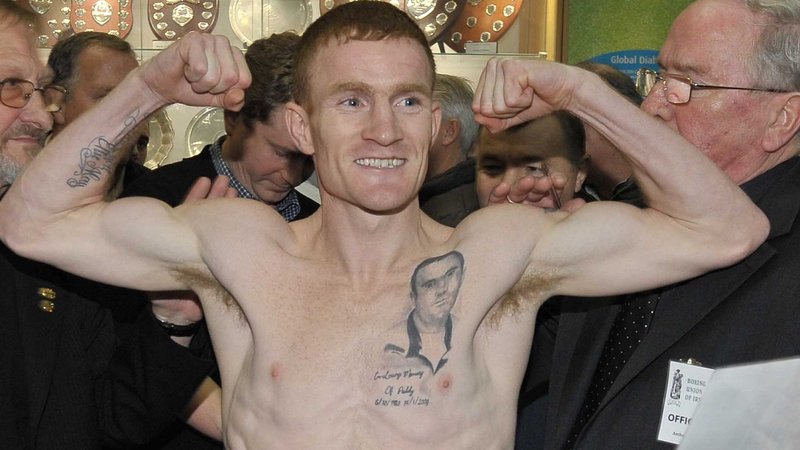 A Tribute to Willie Casey – Limericks own Big Bang

A Tribute to Willie Casey – Limericks own Big Bang

Willie ‘Big Bang’ Casey, born December 20, 1981, is an Irish professional boxer from Limerick, Ireland. He is nicknamed ‘Big Bang’ for his aggressive and powerful boxing style.

Willie was born in Southill in Limerick. Willie arrived in the middle of a family of twenty-three children. He was the first of the family to stay in school to do his junior cert and continue after it, when speaking of this he said, “I had the choice to leave or to go on, I made the decision to stay and go on” He went on into his fifth year and worked part-time as he studied, however, a full-time position was offered to him and he took the full-time job and left school to earn a living.

Willie has spoken a great deal about the difficulties he has faced entering adulthood without a full education and looking for work or apprenticeships. He spoke about wanting to be a carpenter but only being able to find an apprenticeship for welding, when talking about this he emphasised the importance of adaptation in life saying, “There’s going to be times in life where you have to adapt, I adapted.”

Willie grew up in a community where alcohol and drugs ran rampant and he talks frequently about how he wants to show young people that there is more to life than drugs, alcohol, and money saying, “that it is not the life you have to settle for.” He speaks openly about the death of his brother and friends to drugs saying, “My brother passed away due to drugs, and numerous friends did as well,” and encourages young people to speak to others, to find help, and to realise that drugs and alcohol are not their only options.

Willie talks openly about his own time in school, how school leaving early affected his life and he also speaks regularly about what it was like living in a disadvantaged area. He speaks honestly about the determination and dedication he needed for boxing and has always encouraged young adults to stay in school and to pursue their passions with the same kind of determination and dedication.

Willie captured the attention of the Irish public for boxing at the turn of the last decade, becoming a winning prizefighter and emerging victorious from the first all Irish European title fight – defeating Paulie Hyland live on RTE. He rose to notoriety fast and dedicated all of his time to boxing once he decided to go professional. When speaking about making it successful he said, “You will never get success in life without commitment and dedication.”

He won the Prizefighter series in May 2010 in the super Bantamweight division, defeating Mark Moran, Josh Wale, and Paul McElhinney. Willie fought Paulie Hyland at the University Arena in Limerick on November 6, 2010, for the European Super Bantamweight title which was previously held by Bernard Dunne. The original fight was supposed to be against Kiko Martinez who had held the title. However, Martinez vacated the title citing a “rib injury” as the problem. Willie won the fight against Paulie Hyland and was crowned European Super Bantamweight Champion.

Willie was awarded Boxer of the Year at the Irish National Boxing Awards on February 2, 2011. Throughout his career he had a total of nineteen fights and sixteen wins, losing only three of his fights. The Big Bang retired in 2014 after he lost to Cuban sensation Gullerimo Rigondeaux, after his defeat, his work slowed down, and without big backing the popular southpaw’s career stalled.

After six years away from the boxing community, the wheel has come full circle for Willie, who is back as a coach at the same place where it all began for him as a talented child prodigy and where his son Myles Casey now trains on his way to joining the boxing circuit.

Willie is glad to have the opportunity to give something back to a sport that has brought him many rewards. He is now helping other young hopeful boxers start their career and hopefully succeed as well as he did in his career.

Most recently Willie has become part of the team for Raheen boxer Graham McCormack. It’s also another positive step for Limerick boxing. Limerick can now boast Andy Lee as a top trainer and Willie’s involvement with Graham McCormack adds another layer to the growing Limerick influence.

Fight fans will be happy to see Casey back in the game and in and around fight nights. Willie ‘Big Bang’ Casey’s involvement in the boxing circuit adds another layer to the growing Limerick influence. Willie gives this advice to young adults and people looking to succeed, “It’s all down to the individual themselves and the dedication and commitment you put into it.”

For other sports, stories go HERE

For other stories on Willie Big Bang Casey go HERE