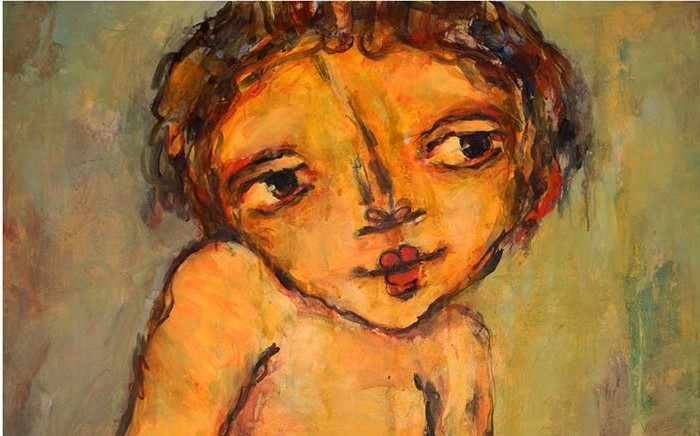 Richard Lynch
‘WINDOWS INTO GAZA’
The launch for

the Limerick “leg” of the ‘Windows Into Gaza’ exhibition took place on Thursday, 2nd October at 6pm at 69, O’Connell St. ‘Windows Into Gaza’ is an exhibition organised by Gaza Action Ireland and curated by Felim Egan .
The exhibition will be open and run in Limerick until the 17th of October.
The event was officially opened by artist Sean Taylor and Zoe Lawlor of Gaza Action Ireland.
‘Windows Into Gaza’ first arrived in Ireland in April where the opening in Dublin was attended by a number of notable names including the Palestinian Ambassador, the artist Guggi and actor Stephen Rea. The exhibition by 11 Palestinian artists based in Gaza illustrates the best of painting and photography from the besieged enclave. A side of Gaza, Palestine not commonly known, the side of a people with a deep cultural heritage, full of innovation, hope and peace.
’This is also Gaza’.
The exhibition includes photographs from the children’s workshops run voluntarily by the artists.
The exhibition will tour Ireland, Belfast, Derry, Galway, Limerick & Cork before returning to Dublin in October.
The exhibition will be accompanied by a full colour bi-lingual catalogue.
A special edition of Giclee prints, by several of the artists, on Hahnemhule paper will be available for sale.
A limited signed edition print ‘Saoirse’ by Felim Egan will also be for sale.
Proceeds go towards the costs of the exhibition and any profits will be donated to the Children’s Art Workshop in Gaza.

Claudia Saba, an Arabic-speaking member of Gaza Action Ireland met one of the artists, Raed Issa in Gaza last year. Raed whose home was bombed by Israel in the attack on Gaza spoke to Claudia on the phone as he picked through the rubble trying to retrieve his life and work. She relayed the following account:

‘He said he was back in the rubble trying to salvage whatever useful things he could find and that he wanted to do it now because at night “it’s a little more scary”. As I was speaking to him I heard a large explosion. He said that was an airstrike approximately a kilometre away.

‘No one in his family was hurt – they all evacuated beforehand. I asked him if they had received a “warning”. He said they’d received no phone call – but that the Israelis had called their neighbours and told them to evacuate “because the house next to theirs was about to be bombed”. So the neighbours informed Raed’s family and they quickly evacuated too. A few minutes later there was a “knock on the roof” rocket. Meanwhile a relative called them and said he’d been told (through another phone call I think) that Raed’s family should evacuate the women and children but not tell the men and let them die in the blast.

‘Shortly after the “knock on the roof” a major airstrike came and the building was destroyed.’

You can read more about the featured artist, Raed Issa here and here!