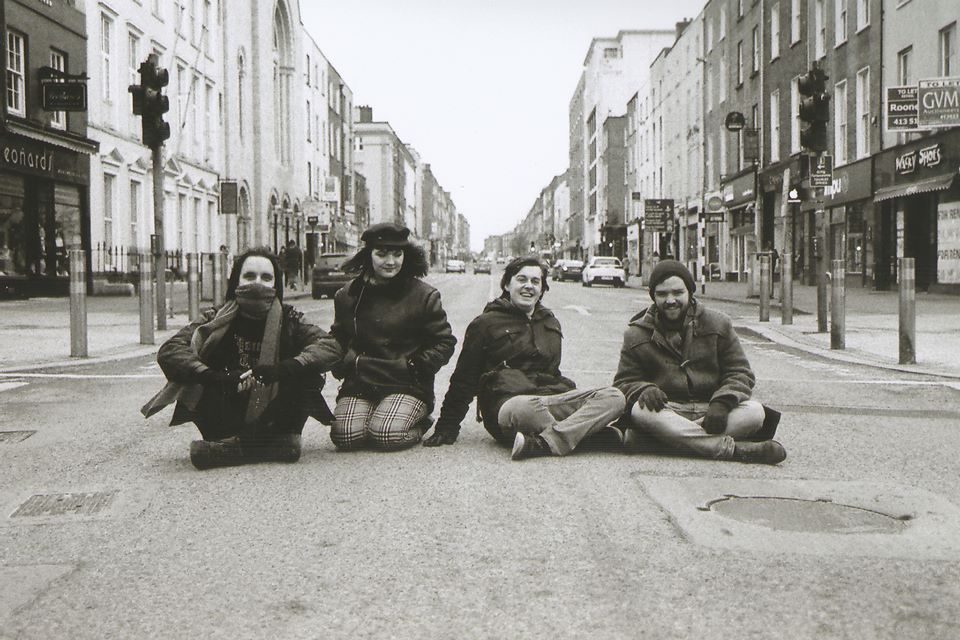 On October 7th a three-hour live broadcast will take place at The Record room on Catherine Street. Kicking off at 8 pm, it will feature live performances and interviews from DIY LK act Cruiser, Le Pizza Galaxie and Kayleigh O’Brien.  The broadcast will go out live on 99.9FM in Limerick, and video will be streamed from the station’s Facebook page on the night too.  It is free and open to the public.

It’s no secret that Limerick is currently bustling with palpable musical energy. There are several factors, and people who are responsible for the rich regenerative period we are experiencing, and the DIY LK collective are to the fore of that. Established in 2017 to promote the Limerick alternative music scene, as well as to put on shows for some of their favourites out of town acts, what they have accomplished in a little over two years has been astounding.

From the excellent regular gigs at Pharmacia to the recent sophomore Féile na Gréine, a collaboration with fellow local promoters Lower Your Expectations. A music trail through several venues in the city and the highlight of the summer here Limerick.

October 7th a three-hour live broadcast will take place at The Record room on Catherine Street.

Kayleigh O’ Brien is a great example of the diversity of acts in DIY LK. Kayleigh has been getting much praise for her blues and jazz-influenced folk songs over the last number of years, receiving national airplay along the way. Forming in 2014, Cruiser has developed into one of Ireland’s finest live bands.

They blend shoegaze with punk rock, manifesting in fantastically noisy fuzzy melody and impassioned vocals. They pull no punches live – sweaty, loud and infectiously incendiary. Their self-titled debut released in 2018 is an absolute gem. The madcap anarchic electro Le Pizza Galaxie is a total shot of adrenaline live. One of the highlights of this year’s Knockanstockan festival, they are guaranteed to have the place hopping until close.

Broadcasting on 99.9FM in Limerick City, Wired FM will transmit every Monday to Thursday in 2019, returning to a five-day week in 2020. The station has been going for 24 years, and its programmes are produced entirely by student volunteers.

The station has an open-door policy for all students in Limerick, if you study in Limerick city, and want to get involved, email [email protected] The station returns for a new semester of programming on International College Radio Day- October 4, 2019.

The Record Room is one of Limerick’s coolest rooms, an intimate basement venue downstairs from The Commercial on Catherine Street in Limerick City.  It has been host to gigs from John Murry, Jinx Lennon, Mark Geary, Paddy Mulcahy, and recent music festivals Féile na Gréine and All In.