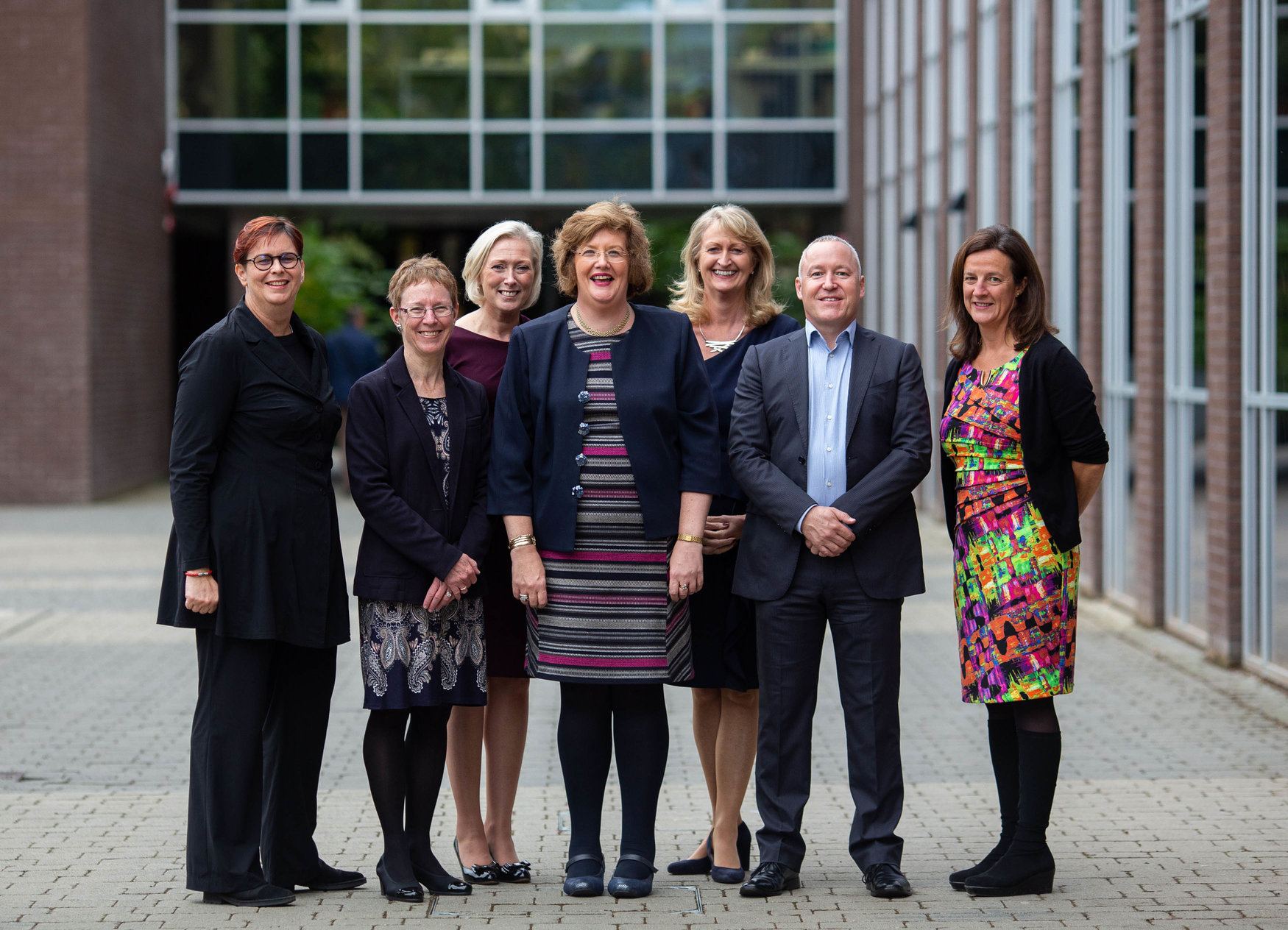 New research conducted among undergraduates in Science, Technology, Engineering and Maths (STEM) at the University of Limerick (UL) has revealed that almost one third are not aware of the types of jobs they could apply for once they graduate. 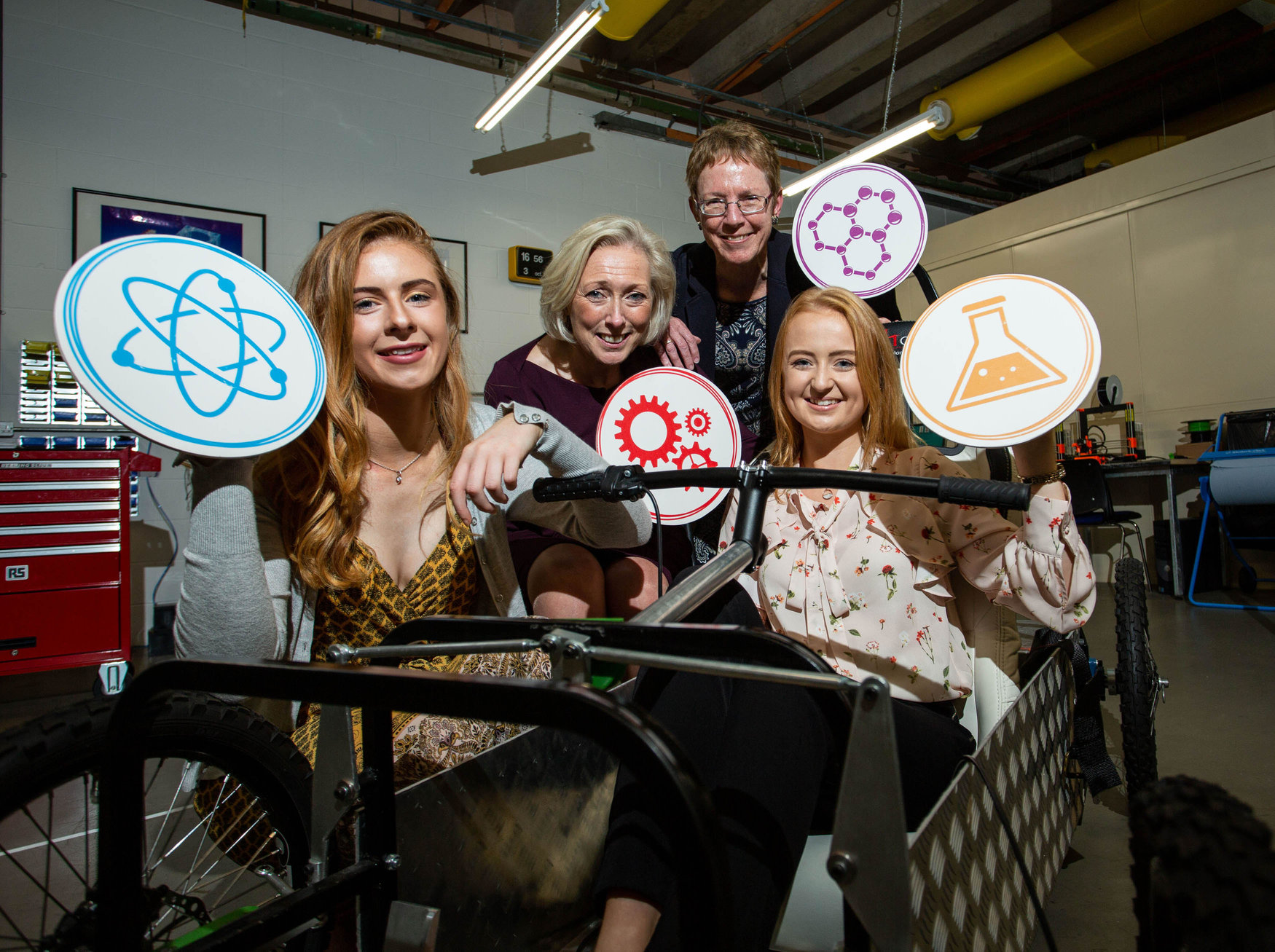 Pictured in the School of Engineering at the launch of the WiSTEM2D programme in partnership with Johnson & Johnson at the University of Limerick were, Ciara Olsthoorn, Student, Chemical and Biochemical Engineering, Liz Dooley, Johnson & Johnson, Professor Merrilyn Goos, UL and Alice Parks, Student Pharmaceutical and Industrial Chemistry. Picture: Alan Place

This research has been conducted as Johnson and Johnson, the global healthcare company, enters the third year of its  WiSTEM2D programme in collaboration with UL. The findings highlight some of the central challenges in attracting more females into STEM-related careers.

Female students are much more likely to indicate a lack of knowledge over STEM career options. 58% of respondents were female, 41% male and 1% identified as non-gender binary. However, of the 29% of undergraduates that do not know what jobs to apply, 67% were female.

The gender divide became even clearer when students were asked about their exposure to the workplace, with 56% of students surveyed saying they had never visited an industrial facility. Of those who had never visited an industrial facility, 66% were female. In total, 33% of those surveyed said they would not be comfortable contacting a person working in industry about potential job opportunities.

In an effort to address these issues, Johnson & Johnson (J&J) has announced that the WiSTEM2D programme will expand to University College Cork (UCC) this October.

WiSTEM2D stands for Women in Science, Technology, Engineering, Mathematics, Manufacturing and Design. It is part of J&J’s commitment to building a diverse scientific community and accelerating the development of women leaders by supporting them at all stages of their lives. The programme in Ireland is underpinned by 13 global partnerships with academic institutions in the US, Japan and South America.

Minister for Higher Education at the Department of Education, Mary Mitchell-O’Connor TD, said “Many of the world’s most innovative enterprises are in the STEM disciplines and we need more women choosing to pursue STEM careers in Ireland. The under-representation of women in the STEM workforce has to be addressed.  This partnership between Johnson & Johnson and UL, which focuses on increasing the number of female STEM graduates, is an excellent example of higher education and business working together to address this problem.”

In Ireland, a lack of female role models has been identified as a barrier to women pursuing STEM careers. The WiSTEM2D programme is unique in terms of offering young women studying STEM2D courses the opportunity to engage with women working in these careers. The first-hand experience of site tours, mentoring, project and career workshops enable students to visualise exactly what it is like to have a career in STEM.

Professor Kerstin Mey, Vice President for Academic Affairs and Student Engagement at UL added, “Partnerships between industry and academia play a significant role in increasing the number of women in STEM here in Ireland where there are considerable job opportunities. The WiSTEM2D programme is unique in terms of offering young women studying at third level the opportunity to gain firsthand experience of a career in STEM.”

Speaking on behalf of J&J at the UL launch event, Mark Devine, Senior Director at EMEA software development centres said, “We know that increasing female participation in STEM careers remains a global challenge. At J&J, we are committed to helping bridge the gender gap by continuing our partnership with the team here at UL and by extending the WiSTEM2D programme in Ireland with an exciting new partnership with UCC.”

“Globally, the J&J WiSTEM2D programme focuses on increasing representation of girls and women in STEM2D fields across all life stages. This is achieved through our youth programme at primary and secondary level, and at the professional stage where identification and implementation of best practices for attracting and retaining female talent remain a top priority.”