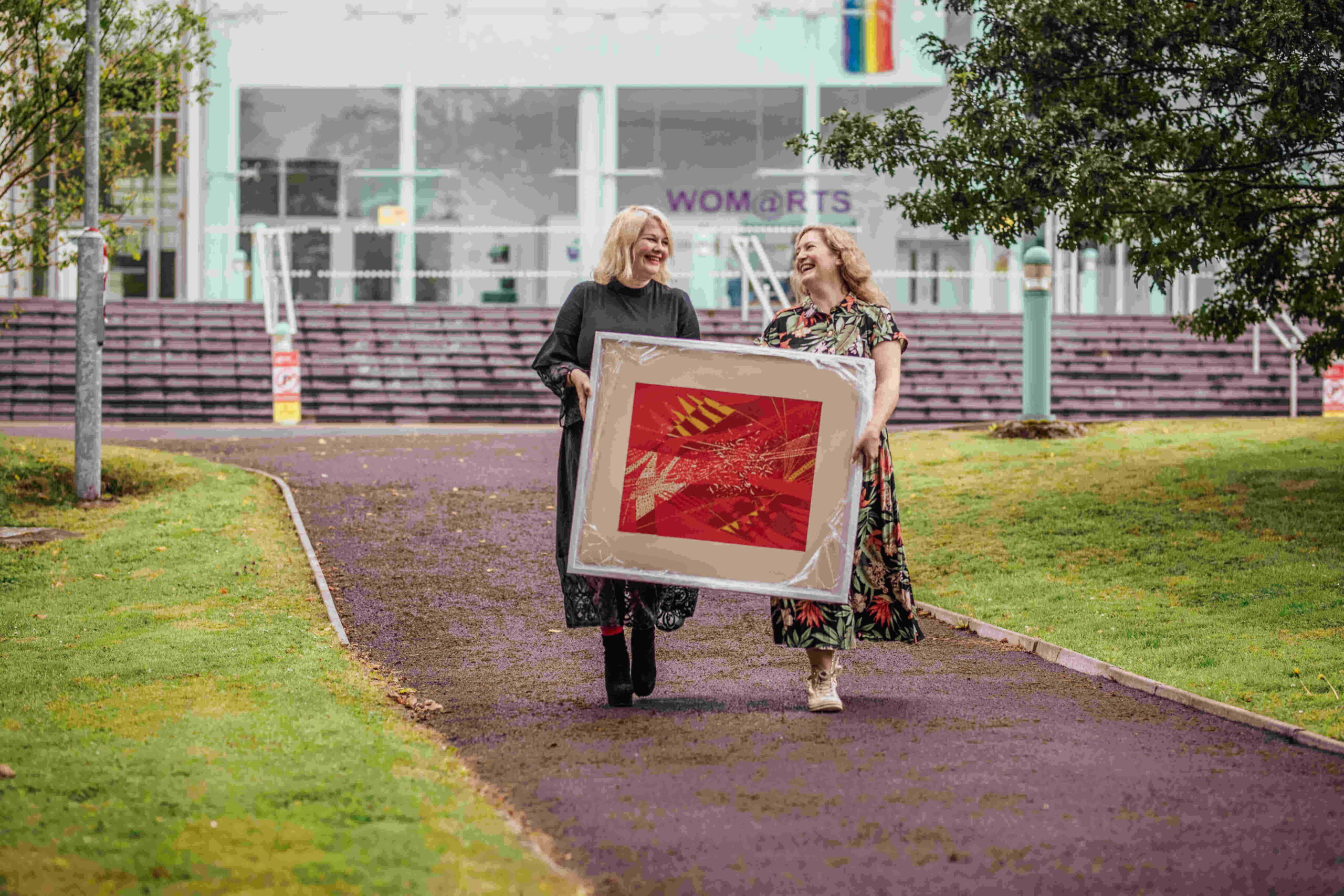 A roaming art exhibition, which embodies Womarts work toward parity for female representation in the arts, will open its doors to the public from this Thursday, July 15, 2021, in the Limerick School of Art and Design (LSAD), Clare Street Limerick.

Viewings of this collection of works by 32 featured artists who took part in Womarts residencies in Limerick, Ireland (printmaking), Aviles, Spain (lens-based media), and Angloueme, France (comic book) have been predominantly online throughout this travelling European exhibition, but from Monday the Irish public will have the option to view the work in a physical or virtual manner. The exhibition has been recognised for welcoming a new era of women’s creativity, while also reflecting on the lasting impact of Simone de Beauvoir’s The Second Sex.

The exhibition will open its doors to the public from this Thursday, July 15, 2021. Picture: Brian Arthur

Womarts is a large-scale cooperation and non-profit €3 million project co-funded by the Creative Europe programme, which aims to secure women’s equal share of presence in the arts and culture, in terms of visibility, promotion, recognition and access to the market.

In March 2020, Womarts published its State of the Arts report about the situation relating to women artists and professionals in culture and the arts in Europe. The report concluded that despite the legislative efforts developed by the European Union, statistics show that women are underrepresented in leading positions in most of the creative sector and in cultural life.

While women often dominate the culture and creative sector in numbers, men frequently take leadership roles and receive public recognition. For instance, in literature, more male writers are critically acclaimed and win prizes – just 16 women won the Nobel Prize for Literature compared to 117 men. Other findings include disparity of pay and a lack of women in senior influential roles.

Over one year on from the Womarts report, and despite the challenges of the Covid 19 pandemic disproportionately disenfranchising women, the arts and female artists, Womarts representatives are encouraged that with equal input into the reopening and rebuilding of society and the economy, the work of women in the arts can be advanced.

Womarts Irish Project Director and Head of Department of Fine Art & Education LSAD Dr Tracy Fahey said, “Taking part in this Womarts project has been so important for us here at LSAD, with our huge community of emerging female artists. It’s important to say that this Womarts project does not end with the residencies and this exhibition, but that it expands, strengthens, and spreads the message and awareness of the necessity of equal representation to the general public. With our European consortium of colleagues in Spain, France, Croatia, Slovenia and Finland we are exploring a follow-up funded project to ensure this project, which has such resonance, continues to build and to educate, inspire and promote female artists.”

Speaking about the exhibition Womarts Artistic Director Fiona Quill said, “We have received more than 50 stories reflecting on what it means to be a woman, especially a female artist, in today’s context. We are confronted with various appeals, intimate, even painful ones, all the way to social criticism, and humour. The exhibition, an important part of the Womarts project, in a creative way, offers these artists more visibility, gives them a louder voice, and at the same time helps the whole civilisation to understand its half in each of us.”

Womarts Residency and Training Co-ordinator, and Director of Limerick Printmakers Jess Tobin added, “Through the Womarts project, we have become involved in key activities to support and nurture emerging female artists. In 2019, in conjunction with Limerick Printmakers, we hosted a printmaking residency for ten European artists. We also organised residencies for Irish artists in Spain and France to produce digital and graphic illustration work. In 2020 LSAD also developed and piloted a very successful training programme for emerging artists which is being rolled out across Europe, while in 2021, we platformed these artists through a series of web-based events as part of International Women’s Day 2021.”

The exhibition will be officially opened by Womarts ambassador, artist Aideen Barry in a special online event on the Womarts website, from Thursday, July 15, 2021, at 5 pm.

The general public will have an opportunity to experience the art in person by visiting the LSAD gallery every Monday to Friday until August 31, when it will move on to its next European host. The exhibition is open from 10 am with last admittance at 4 pm each day and is available to view 24 hours a day on the Womarts site. In keeping with Covid-19 Health and Safety regulations, viewing numbers at the gallery are monitored and limited to ensure social distancing adherence and sanitation stations have been installed in the Foyer and within the exhibition itself.

Also on show in LSAD during this time will be a display of risograph prints by young Irish female artists, made during a pilot training session conceived of and organised by LSAD and Limerick Printmakers, co-ordinated by Jess Tobin and co-produced with Women in Film and Television, Finland.

Both exhibitions are free to the public, as is a comprehensive exhibition catalogue. Special unique Craft Kits will also be available to the first 1,000 visitors to the exhibitions. These kits can be picked up at the exhibition and completed at home. Once completed they can be dropped back to LSAD to be finalised as risographs prints and taken home as a keepsake of the exhibition. The craft kit is aimed at children and young adults, but all are welcome to participate.