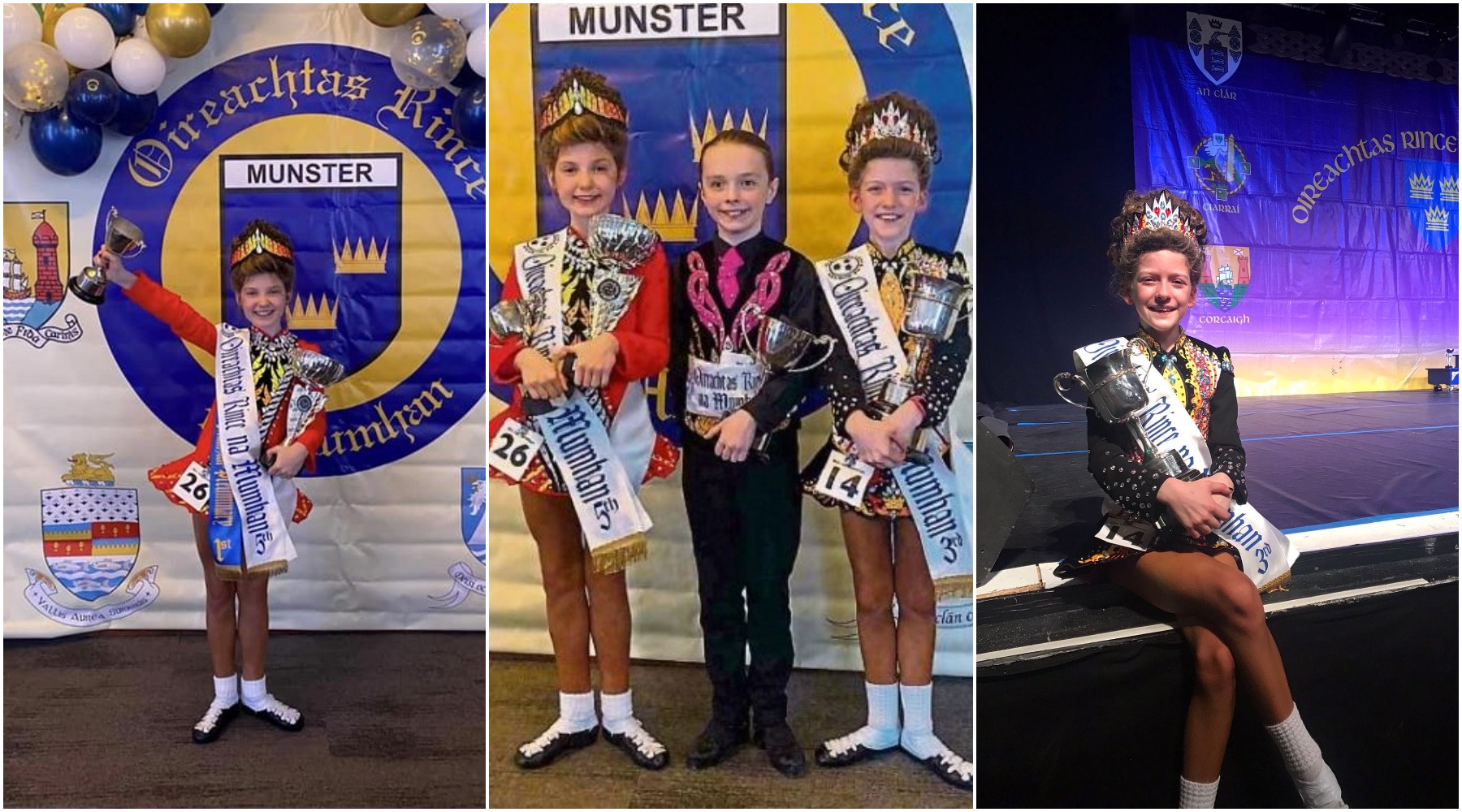 2022 World Irish Dancing Championship – Limerick’s Alannah Dwyer, Vincent Collins, and Abbie Broughton are all through to the World Championship taking place in April at the Waterfront Hall in Belfast

Three talented Limerick school children have made it through to the 2022 World Irish Dancing Championship.

Their amazing talents were clear to see at the Munster competition held at the INEC Killarney last month.

The dancers are best friends and all attend Scoil Mocheallóg Kilmallock together where they sometimes practice dancing in the schoolyard at lunch.

The trio attend the Croghan-Greene-Bennis-Duggan Irish Dance Academy together, who congratulated them on social media after their success to say that they are very proud of the dancers.

They will go forward to the 2022 World Irish Dancing Championship in Belfast next April.

The Oireachtas Rince na Cruinne will be celebrating its 50th year of competitions next year. After being cancelled for the last two years due to the pandemic, the long-awaited event will take place from Sunday, April 10 to Sunday April 17 in Belfast at the Waterfront Hall.

The competition will see hundreds of children from all around taking part.

Notable winners of the World Irish Dancing Championship include Riverdance star Michael Flatley in 1975 at 17 years old and Colm O’Se, who won 10 World titles between 1983 and 1992, more than any other dancer in the history of Oireachtas na Cruinne.

Celebrations for the Oireachtas Rince na Cruinne 50th anniversary were due to take place in Dublin last year but were unfortunately canceled due to Covid-19.

The Oireachtas Rince na Cruinne is the flagship event of An Coimisiún La Rincí Gaelacha, who aim to preserve and promote Irish Dancing, including step dancing, céili dancing, and other team dancing, as well as promoting the use of the Irish language.

The 2023 World Championship is due to be held in Montreal, Canada, in April.

I Love Limerick would like to wish the talented trio the best of luck in the  2022 World Irish Dancing Championship.

For more about the competition go HERE

Over €300,000 available for groups and organisations from the Community Activities Fund