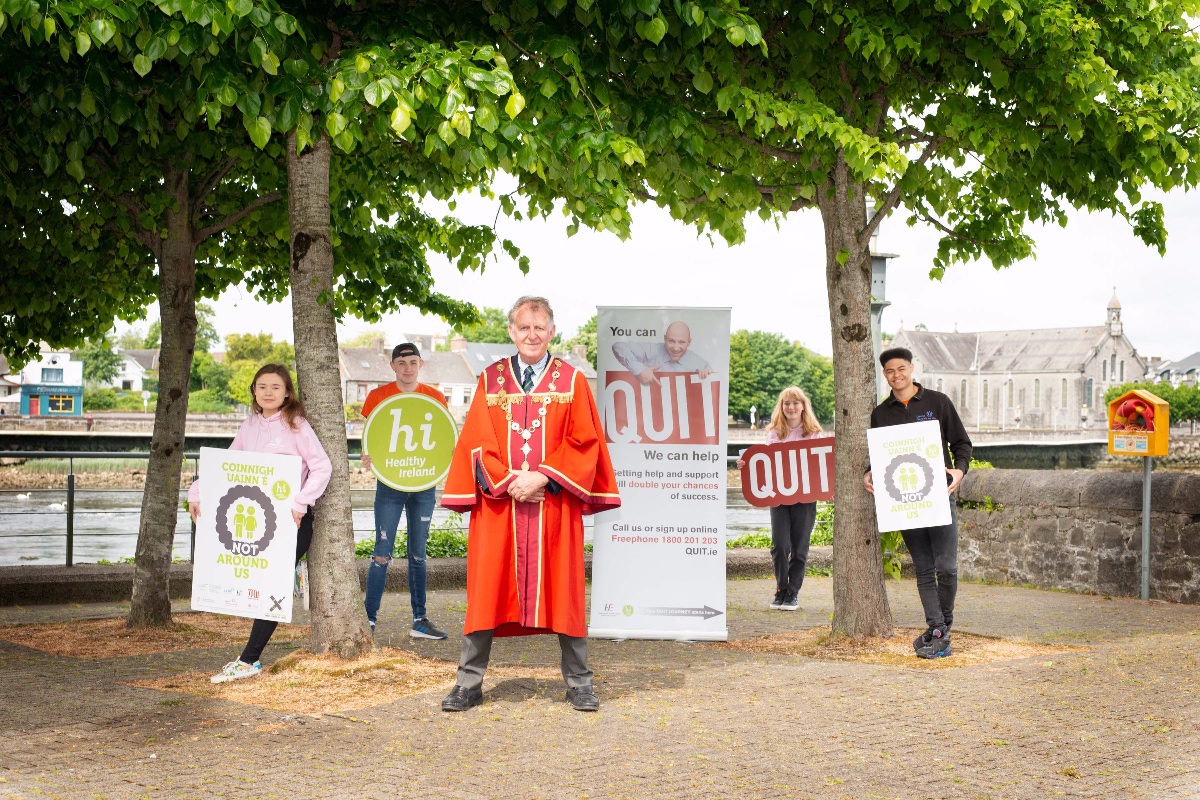 Limerick Comhairle na nÓg has been awarded a Gold Medal by the World Health Organisation in this year’s World No Tobacco Day Awards.

The prestigious award is recognition of the youth council’s involvement in developing the #NotAroundUs campaign with Healthy Limerick, the HSE and Limerick City & County Council, which aims to create a tobacco-free generation and make it is easier for those who smoke to quit by making public areas smoke-free zones.

As part of #NotAroundUs the young people participated in the development of the campaign, shaped policy, signalled out appropriate areas for no-smoking signage, engaged with their peers on the effects of second-hand smoking and raised awareness of the supports or lack thereof, for those who wish to quit smoking.

‘We are delighted that our hard work has been recognised by the World Health Organisation, said Aoife Ryan, Limerick Comhairle na nÓg.

‘It was an honour to play our part in a well-run and innovated project and to win the Gold Medal is a real boost for us,’ said Aoife.

Fellow Comhairlí Zara Daly added ‘we are very thankful to be given the opportunity to work with Healthy Limerick and the HSE on such a rewarding and beneficial project and this award is amazing news.’

‘As it will be the next generation that will hopefully be a smoke-free one, it was important to have the young people involved.  Healthy Limerick listened to and respected our input and suggestions on the #NotAroundUs campaign, said Zara. 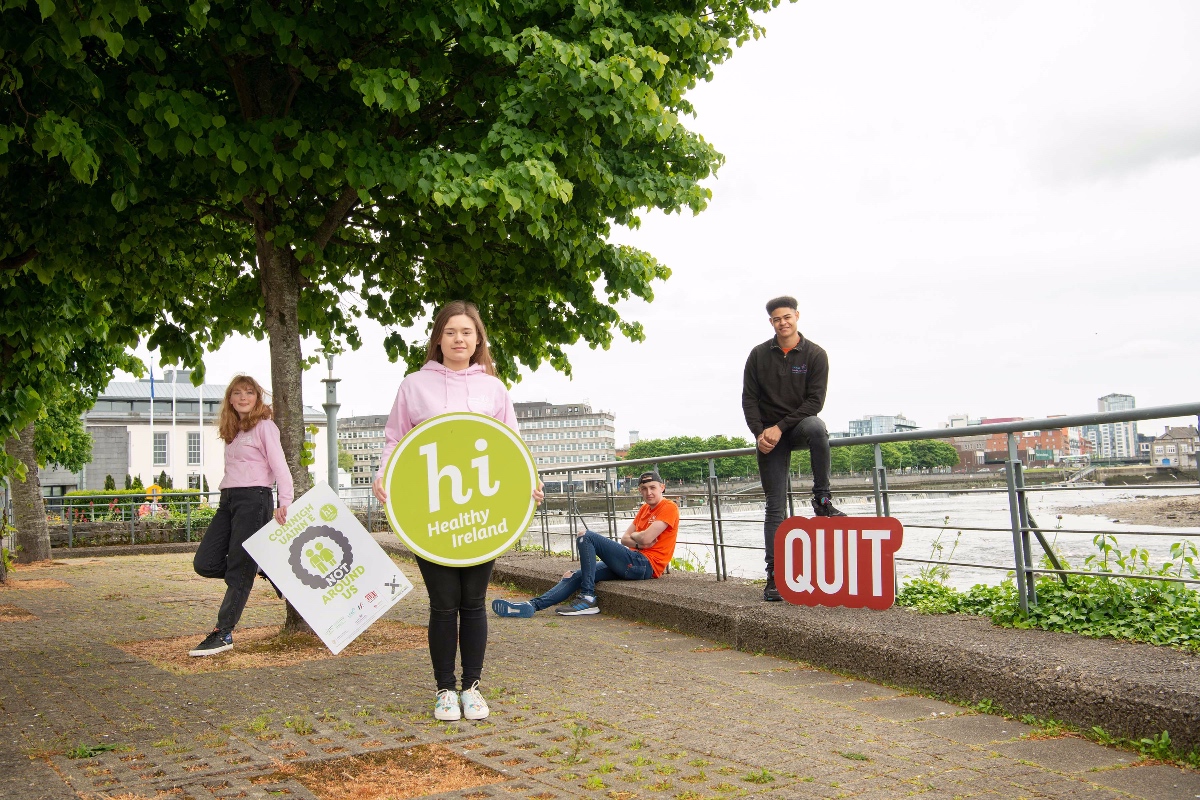 With this year’s theme for World No Tobacco Day (May 31st) ‘protecting youth from industry manipulation and preventing them from tobacco and nicotine use,’ Limerick Comhairle na nÓg have certainly played their part in changing habits as part of the #NotAroundUscampaign.

The Minister for Health, Simon Harris TD has led the praise for Limerick Comhairle na nÓg saying ‘it is so encouraging to see young people playing such an active role in the development of the #NotAroundUs campaign.’

‘Seeing this local youth-led initiative receive international recognition is something that gives us really positive news at this most challenging time,’ said Minister Harris adding, ‘you are a credit to your families, to your communities and this county.  We are going to get there, we are going to make our country tobacco free.’

‘Tobacco Free Ireland has a clear goal to denormalise smoking for the next generation of children which supports the overall vision of a Healthy Ireland. We know children model adult behaviour. This initiative will help ensure the children of Limerick see and experience a positive healthy environment as the norm,’ Ms. Blake added.

The success of Limerick Comhairle na nÓg was also recognised by the Mayor of Limerick City & County Council, Cllr. Michael Sheahan who extended his congratulations to the young people.

‘Limerick Comhairle na nÓg has played a key role in Healthy Limerick’s #NotAroundUs campaign and on behalf of the people of Limerick I would like to extend my sincere congratulations to them,’ said Cllr. Sheahan.

‘The young people have shown great determination and leadership in developing and guiding #NotAroundUs and deserve a lot of credit for their energy and creativity when working with the different community and statutory partners across Limerick,’ said Cllr. Sheahan.

‘Their hard work and dedication to the project have now been recognised by no other than the World Health Organisation,’ said Limerick’s first citizen adding, ‘you can’t get higher praise than that. Well done all.’

For those who wish to quit smoking, there is a wide range of effective supports available with further information available at www.quit.ie where you can access free, professional and non-judgmental support or phone the QUIT helpline on 1800 201 203.

Facilitated by Limerick Youth Service, Limerick Comhairle na nÓg is a youth council that advocates for and raises awareness of youth issues and rights. It has over thirty members (14-18yrs) and is one of thirty-one such groups nationwide.

Supported by Limerick City & County Council, Healthy Limerick envisions a Limerick where everyone is empowered to enjoy positive wellbeing which is supported at every level of society and achieved by working together.

For more information on the #NotAroundUs campaign, click  here

Marys Angels aim to bring the local tourism community together