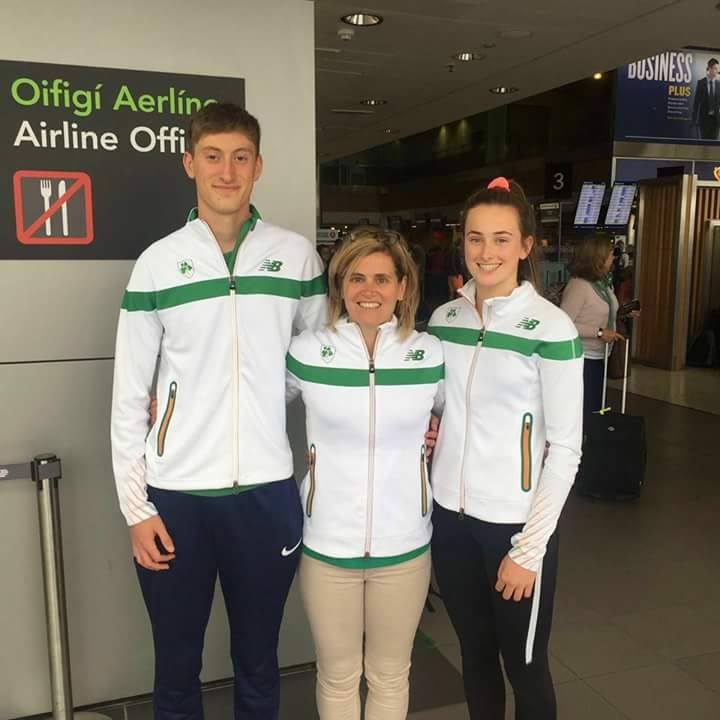 The Irish Women’s 4x100m relay team came in fifth place in the world final of The IAAF World U20 Championships in Bydgoszcz, Poland in a record breaking time of 44.82 this Saturday July 23. Limerick’s lime aids win in world

The highly talented team is made up of Emerald ACs, Ciara Neville, Sharlene Mawdsley of Newport, Gina Akpe-Moses of Blackrock Louth and Molly Scott (SLOT).
16 year old Ciara Neville of Castletroy College, who gave an outstanding powerful final leg at the Championships in Bydgoszcz was just recently a semi-finalist in the European Youths Athletic Championships in Tbilisi, Georgia earlier this month.
Neville previously claimed gold in the 100m at the European Youth Olympic festival in Tbilisi last year.
Some 166 nations took part in the World U-20 Championships, making a win beyond impressive.
Meanwhile, Limerick Emerald AC Athlete Jenna Bromell gracefully bowed out of the IAAF World U20 Championships in Bydgoszcz after coming eighth place at 55.20 in the world juniors 400m semi-final.
The third of the semi-finals took place Wednesday, July 20 at 7.11pm Irish time and saw a total of three Limerick women competing.
In the first heat of the semi final, Nineteen year old Jenna Bromell finished in an impressive third place at a time of 54.98, making her automatically qualify for the next round.
Bromell, who is a Chemical Engineering student originally from Ballyneety said, ” Hopefully that will shake the legs out. It was tough from lane 8″, after her win in the first stage of the semi-final.
Find out more about of The IAAF World U20 Championships here.
Read more about Bydgoszcz, Poland here.
Check out Emerald AC here .
Read more about The European Youths Athletic Championships here.
Read more about The European Youth Olympic festival here.
Discover the University of Limerick here.
Follow the University of Limerick on Twitter and Facebook .