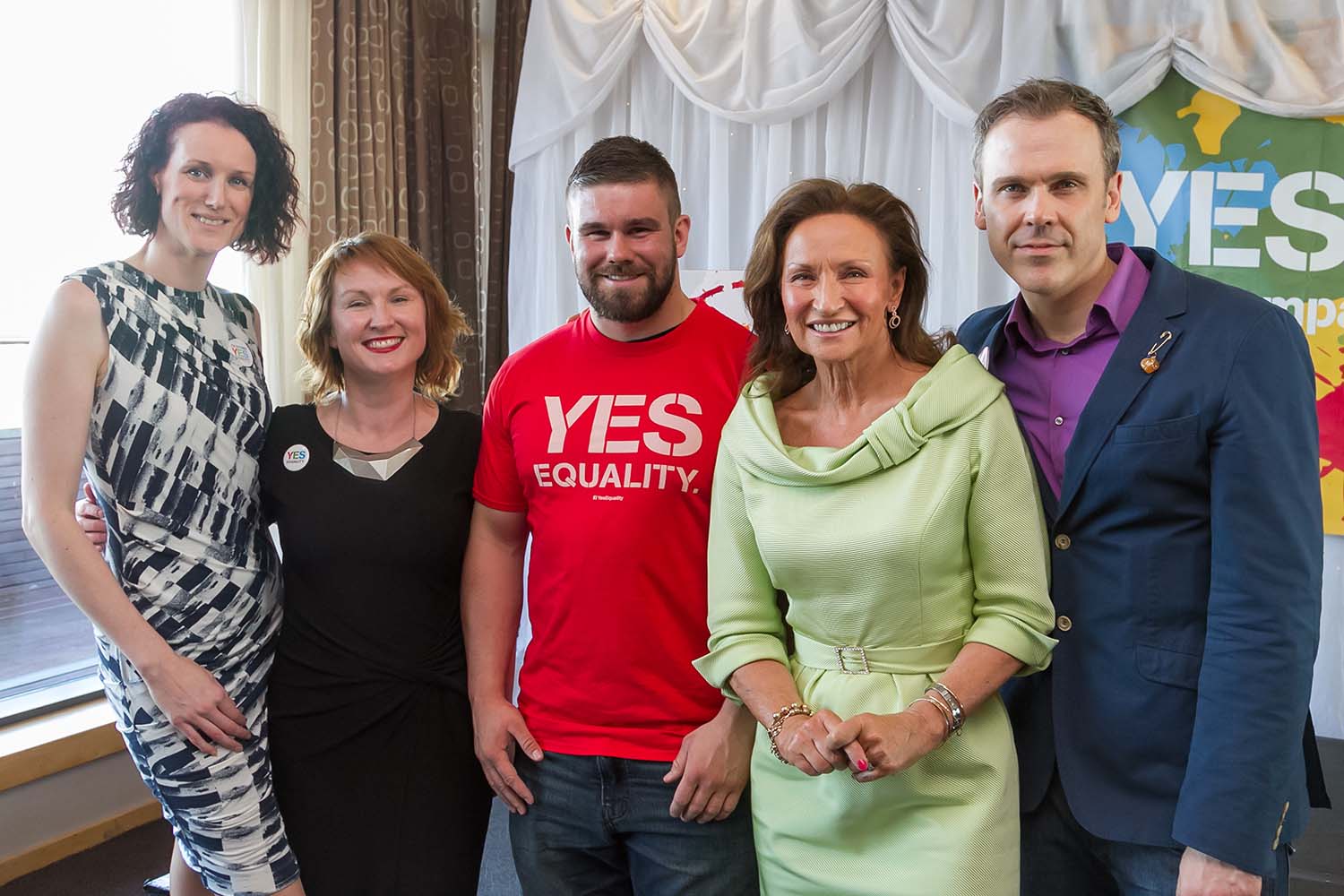 Sharon Mc Meel, Yes Equality Limerick spokesperson said, “We are very excited with Yes Equality Limerick. We are asking Limerick people to get involved, vote yes and share their freedom to marry. The people of Limerick have the chance to take part in a once in a generation moment by making their voices heard in the May 22nd Marriage Equality Referendum. We are already overwhelmed by the level of support in Limerick for the campaign and with today’s launch we hope to make more people aware of how important their vote is and how they can lend their support over the coming weeks.”

Moninne Griffith, Yes Equality spokesperson said, “This marks a historic moment for the people of Limerick. We are asking everyone to get involved, vote yes and share their freedom to marry. The referendum gives Irish people the chance to secure true equality for lesbian and gay people, who are our sons, daughters, brothers and sisters. The campaign acknowledges Irish people as generous and decent – people who want to live in an inclusive equal society.”

On the 22nd of May the people of Ireland will take to the polls to vote on one of the most important civil rights issues of our time.  This is a once in a lifetime opportunity to show that Ireland is a modern nation that embraces all its citizens equally.  Yes Equality Limerick is proud to be leading the campaign for change in our constituency and we urge people to show their support for change by turning out to the polling stations on May 22nd.  We simply cannot take this referendum for granted.  Vote YES, for your friends, for your family and your loved ones!

Wednesday April 15th – “Case against the 8” screening at The Belltable, 69 O Connell Street,  with panel discussion after.