Home / Awareness / €100,000 being raised for Zondra Meaneys Neurosurgery may save her life

€100,000 being raised for Zondra Meaneys Neurosurgery may save her life 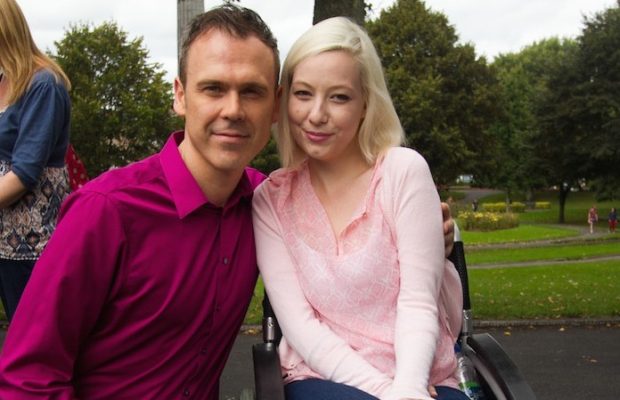 Money is being raised for Zondra Meaneys Neurosurgery in Spain, which could potentially save her life. See below for the link to donate. Picture: Oisin McHugh

€100,000 being raised for Zondra Meaneys Neurosurgery that may save her life

Limerick’s Zondra Meaney has recently created a new GoFundMe Campaign to help raise funds towards a potentially life-saving surgery in Spain and the fundraising target is €100,000.

Zondra has a very rare connective tissue disorder, Ehlers Danlos Syndrome (EDS). EDS is a rare connective tissue disorder which occurs in approximately 1 in 5,000 people. The condition can affect every system in the body leading to a wide range of apparently unconnected symptoms including joint pain and hypermobility, chronic fatigue, gastrointestinal issues and heart complications.

Unfortunately, the Irish Health System and hospitals are not equipped to deal with the severity of the diagnosis. Most of these conditions could only be diagnosed in the UK by an EDS specialist as diagnostic testing was not available here in Ireland.

Money is being raised for Zondra’s neurosurgery in Spain, which could potentially save her life. Recently, Zondra was informed that she must go to Spain for a surgery that has the potential to stop the progression of her illness and therefore, save her life. Without this procedure, she risks suffering from paralysis, strokes, as well as risking her life.

Zondra’s everyday life has been impacted hugely. She suffers from an incredible amount of pain due to her illness. She needs to use an oxygen machine every day, her stomach, heart, and other organs are affected greatly. She must use a wheelchair outside, as her illness has left her immobilised. She cannot eat properly and also experiences blackouts. At the moment, Zondra is cared for by her mother, as well as receiving three hours of care assistance per day.

In a recent interview with Live 95fm, she told Josh Prendeville about how difficult she finds everyday life by saying “It’s not a normal life. It’s just an existence really.” She spoke of how her illness is not only physically draining, but creates a lot of mental strain for her too. Zondra carried on to describe her illness as a “timebomb” and told Josh about how terrifying and overwhelming it is to have to travel abroad for treatment.

It’s heartbreaking to hear Zondra speak about her worries for her son and her concern that he too, will suffer from this genetic illness. During her interview, she told Josh Prendeville “I don’t think it’s the right time to die because my son is too young”.

We, as the people of Limerick need to get behind Zondra and do what we can for her. In 2014, Zondra told ILoveLimerick that “I can’t begin to describe how much the support of the Limerick people means to me and how it has helped me get me through a tough period in my life. I want to say thank you to all those people who are making a difference in the lives of my son and myself. I am indebted always.”

To read more about Zondra Meaney and her story click here.