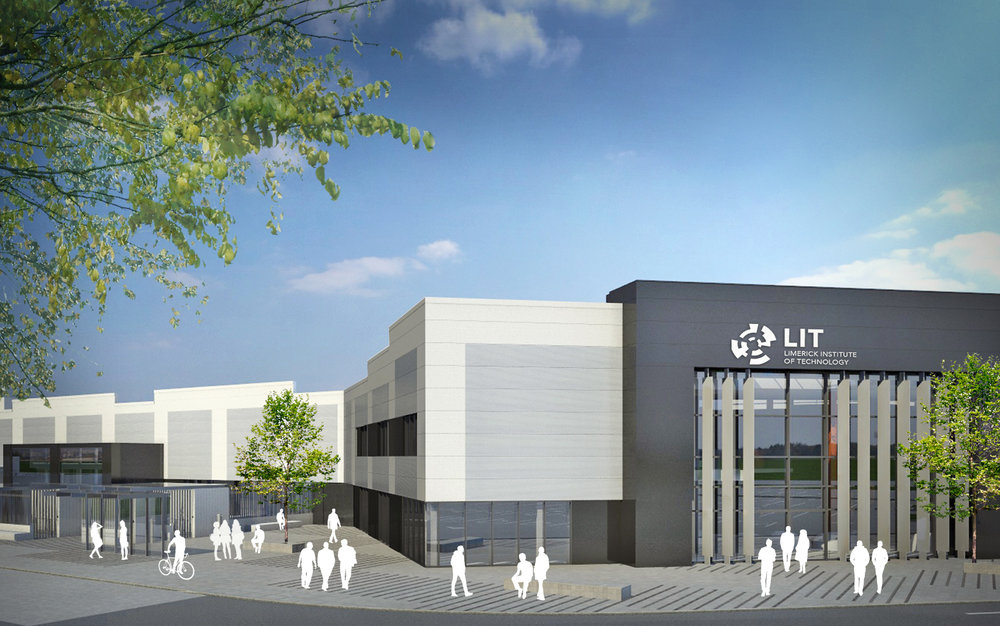 LIT today welcomed the confirmation that planning permission has been granted for a new 14 million euro Coonagh Campus for LIT.
The new14 million euro Coonagh Campus is planned to be the location for education and research in engineering from inception, becoming a centre of excellence with state-of-the-art engineering facilities.  There will be particular emphasis on precision engineering, with activity in Coonagh expected to further underpin direct investment and sectoral jobs growth across the region.

LIT will now work to deliver the project with the objective of having the first cohort of students in Coonagh during the 2017/2018 academic year.  The first phase of the14 million euro Coonagh Campus development is planned in stages over three years.  Construction is expected to create 134 new jobs, with the campus employing a further 100 when fully operational.
LIT President, Professor Vincent Cunnane said, “We are very pleased with today’s decision.“This is a critical juncture not just in our development of the Coonagh campus, but in our overall Campus 2030 Capital Development Plan, which is fully integrated with the Limerick 2030 Spatial and Economic Development Plan.

“We are one step closer to seeing an unused site transformed into a centre of engineering learning which will have major dividends for Limerick and the region.  It will increase the attractiveness of Limerick for continued investment and jobs growth while also directly addressing critical skills needs in industry.

“Developing 14 million euro Coonagh Campus means that LIT is freed up to expand what we do elsewhere, particularly in Limerick’s city core.  We already have 1,000 students in the city centre at LSAD, along with two city centre incubation centres, and we are committed to developments on other key strategic sites in the city.
Chairman of LIT’s Governing Body, Niall Greene said, “The Coonagh campus enables LIT to continue to expand our range of programmes to meet the region’s growing skills needs, particularly in manufacturing. It is a key part of our Campus 2030 Capital Development Plan, which is in line with our objective of making a significant contribution to the economic, social and cultural development of the region”.

Denis Doyle, Vice President & General Manager, US and Ireland Manufacturing Operations at ‎Analog Devices said, “As manufacturing moves towards the Internet of Things, it is crucial that we haveaccess to graduates who are trained in state-of-the-art facilities and who understand the future of manufacturing.  We hire graduates locally insofar as we can, and the development of LIT’s Coonagh campus is very important in that regard.

“More than that, however, this is the kind of development that will strengthen Limerick and the region as a location for investment and employment.  This is of significance to industry nationally, and emphasises the importance of Limerick4Engineering as a representative industry body for the region.

“This is a facility that brings a lot of added value.  It is something that will be very good for Limerick, and which I very much welcome.”
For more stories on LIT from I Love Limerick click here.

Gorecast Is The Podcast For All Your Horror Needs