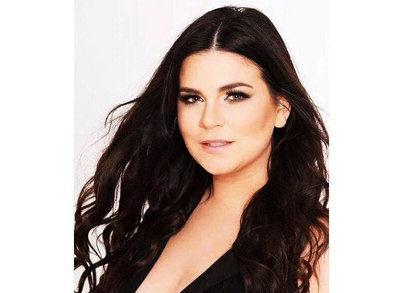 25-year-old Limerick singer Adela Durmaz released her single ‘Signed my Heart Away’ on March 12. Adela’s new country-western style single is the first of many to come from the Adare singer. Adela is one of the very few in the Limerick country western music scene and possibly the only Limerick lady to release an original country western song. Moving into the Irish music scene with such a heartfelt song was a brave move for Adela Durmaz to make, so I decided to ask Adela a few questions to get to know her better in a hope to bring Adela Durmaz to prominence in Limerick.

When did you first show interest in music and how did this develop?

“I first starting the writing aspect of music when I was 8 years old. I experienced bullying so I sat in my room and wrote a song called ‘Beat the Bullies’. That was my first writing experience. Since a young age, I was always told I used to dance around and try and sings as a toddler.”

How did your career in music begin? when did this start?

“I’ve been writing for years. I’m 25 now. It started this year really. I released ‘Signed My Heart Away’ which was co-written by Dan Scholes. We got lots of radio play from great stations and I am in the process of making my music video. It’s only really beginning for me now so I’ve a long long way to go yet.”

Where does your inspiration/motivation/interest in music come from?

“I always try to write about personal experiences because I feel there’s more raw emotion and other people will be able to connect the song, which I think is really important. I usually write about universal topics such as Love, Youth, Family etc. I always look for inspiration but sometimes I could be sitting in my room and I just start writing a song. That’s what happened with ‘Signed My Heart Away’. It just came to me.”

What in your music style has changed since you began?

“My writing I feel has improved a lot over the years. I’ve always wanted to do pop but this particular song that I’ve released on iTunes is Pop/Country. I have always loved big ballads and I admire big American Country stars such as Carrie Underwood, Reba Mc Entire and Brad Paisley etc.”

What have been your struggles since beginning a career in music?

“I think the biggest struggles are getting airplay. I’ve had airplay in Athlone and other radio stations in that direction. I haven’t gotten radio play in Limerick only for West Limerick 102fm which I find disheartening. Being from Limerick I thought my song would get some airplay but it hasn’t. That would be the biggest struggle. All the radio play and music video production have happened because I sent hundreds of emails. So, in that sense I think that’s the biggest struggle, actually getting your song played.”

What do you believe are your greatest achievements in music?

“Finding a talented producer like Dan Scholes to believe in just my lyrics and voice. He took my direction for the song and produced it just the way I envisioned. It’s so hard to get someone to collaborate with you when all you do is write and sing.”

What are your thoughts on the music industry and particularly in Ireland?

“I think it’s a tough business and it is definitely all about who you know to help you climb to the top. You need to be thick-skinned and ready for criticism and rejection. I think in recent years the music industry here has created some great talents from Irish soil the likes of Hozier, Picture This, All Tvvins, Nathan Carter etc. They have really set the music industry at a higher bar. I think there isn’t enough help for new artists though here in Ireland. A lot of what you hear on the radio are huge hits being played by well-known artists which I think isn’t fair as they should play songs from their own homegrown talent just as much.”

What advice would you give to someone hoping to get into the music industry?

“Prepare to be rejected many times, to feel like you’ll never get to release stage, be thick skinned and very open to criticism. You need to be serious about starting out in music because if you are criticism, rejections, failures won’t dishearten you they will just motivate you to reach your goal. After my first release I’ve gotten airplay, filmed half my music video and it’ll be aired on Hot Country TV and Keep It Country. If you put the work in good things will follow. It’s not all bad as people make out.”

What do you hope to achieve in the upcoming years? Where do you see your music career going from here?

“I would love to release more songs. I’m working on two more at the minute. I’ve collaborated with two American Writers. I’d love to get management and start up a band and go gigging. I like to keep my goals small and take them step by step. I don’t want to be famous I just want to release the music I write. Hearing the reaction of other people and knowing it touched them is better than anything in this world. Knowing that your thoughts, words and emotions have moved someone. The music video will be ready shortly so we will see what happens after that. It might open more doors for opportunity. I have always dreamed of representing Ireland in Eurovision so you never know I might enter that next year.”

After speaking with Adela Durmaz it is clear she is a very strong and determined person. Being such a positive person and with a voice like hers, Adela is one to watch. Adela Durmaz’s new single ‘Signed my Heart Away’ is available on all music sites such as iTunes and Spotify and we are looking forward to hearing more music by Adela in the near future. Who could resist a talent like hers? Maybe we can look forward to Adela representing Ireland in a future Eurovision contest?