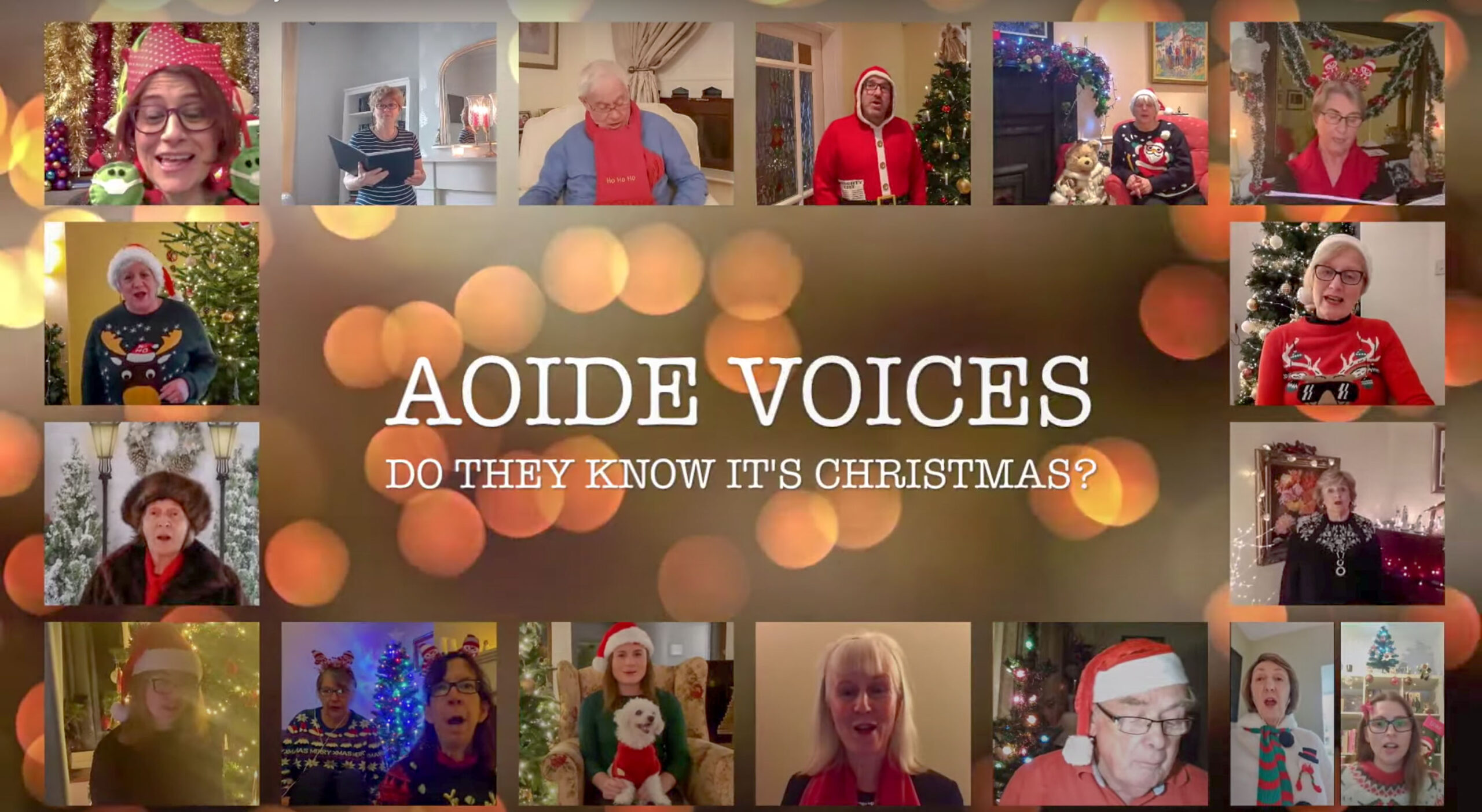 Aoide Voices Choir have united from their homes to present two seasonal favourite songs in aid of Milford Care Centre.

Aoide Voices Choir have united from their homes to present two seasonal favourite songs in aid of Milford Care Centre. The first song premiered on December 17 on their YouTube channel and the next will premiere December 24 at 6 pm. Thye have also set up an iDonate page and are asking people to make a donation there.

Aoide (pronounced Ay-oh-dee, meaning ‘to sing’) was formed in 2014, as part of the Midwest Vocal Academy and Music School and is a mixed voice community choir based in the Castletroy area of Limerick. In Greek mythology, Aoide was the muse of song, and this group of people

In its short existence, the choir has grown to fifty members and has already performed many fundraising concerts, most recently raising money for Limerick Animal Welfare, Limerick Lions Club, CMRF Crumlin, and now they have teamed up to raise funds for Milford Care Centre.

The Little Company of Mary established Milford Care Centre, Castletroy, Limerick in 1928, and it provides Specialist Palliative Care through a comprehensive range of Hospice at Home, Specialist in-patient Unit and Day Care Centre services.  Most families in Limerick have had some connection with Milford Hospice, be it directly or indirectly. They are a massive support to the community of Limerick, there is not a family in Limerick that hasn’t been supported by Milford Hospice.

This year Aoide has chosen Milford Care Centre as their chosen charity to honour their dear friend Noirin Harnett, as well as all those everyone has lost under difficult and tragic circumstances but that spent their hardest days being cared for in Milford Hospice by the amazing staff there.

Aoide of course understands that this has been a hard year for everyone and would just ask for everyone to donate what they can. All funds raised will be going directly to the great cause, donations will be accepted until January 10, 2021.

They began this fundraiser with a target of €2,000 and have already surpassed that goal having already raised €2,300 for Milford Care Centre but they would appreciate any help you can give them in raising as many funds as possible for this worthy cause.

Rachel Martin, a member of Aoide Voice’s, said, “We usually hold a large concert but obviously in the current circumstances that are just not possible and we’d really like to raise as much as we can for such an amazing local facility. We’ve chosen to fundraise for Milford Care Centre and in honour of our dear member and friend Noirin Harnett, as well as all those we have lost under difficult and tragic circumstances. All funds raised here will go directly to this great cause. I hope you can help us by donating whatever you can.”

You can donate to their fundraiser by going HERE