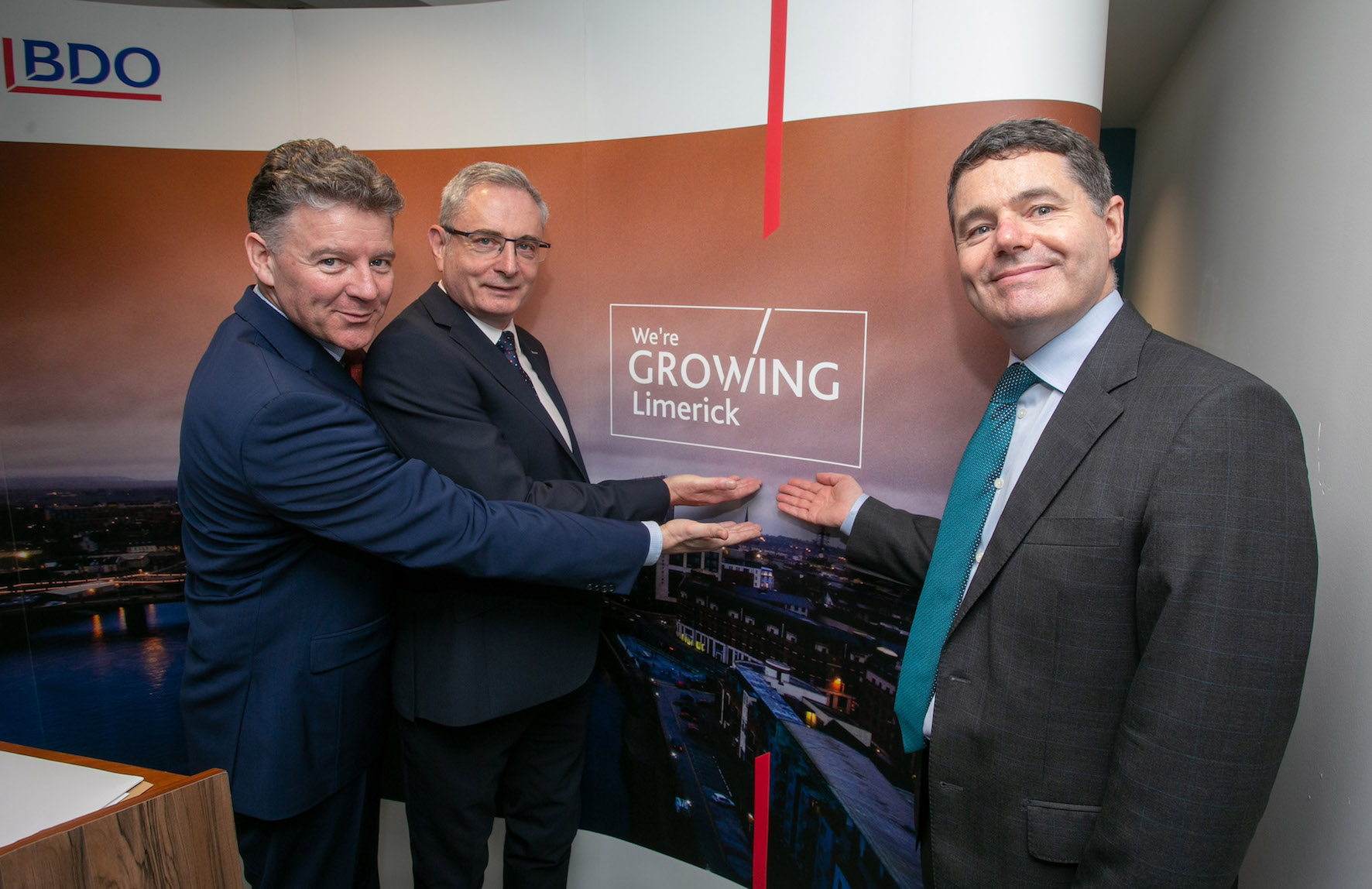 BDO has reaffirmed its commitment to Limerick with the announcement today that it is to create 50 new posts as Minister for Finance & Public Expenditure and Reform Paschal Donohoe officially opened its new offices at 103/104 O’Connell Street today.

The announcement signals another period of growth for Limerick’s chartered accountants, with staffing levels already having reached 105 and a client base that has grown to over 1,000 following significant expansion over recent years.

The growth has necessitated the move from the firm’s Michael Street location, where it has been based for 30 years to the plush new city centre offices.  The new posts will be across Audit, Taxation and Advisory services and will come on stream over the next three years.

Speaking at today’s official opening, Minister Donohoe said that BDO’s growth over recent years and the planned growth ahead is indicative of the positive mood in Limerick.  “BDO is an international brand that has grown very significantly here in Limerick. In doing so, BDO has helped the companies it provides services to grow and now is embarking on further expansion itself.

This is typical of what we are seeing in Limerick; a city with ambition and one that is forward-thinking and one that is targeted for future growth under the Government’s plan for regional development. It’s also a city with a highly educated workforce and one that is very resourceful. I congratulate BDO on the move, which I’m sure will have a positive impact on all staff and commend it for its commitment to growing employee numbers again.”

Denis Herlihy, BDO Limerick Managing Partner, said “This is a proud day for us.  We’re delighted to not alone officially open this new space but to do so with a commitment to grow our business further over the coming years by creating more jobs. 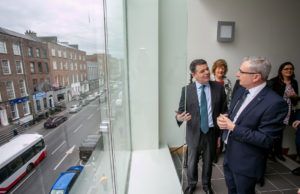 We’re proud of our achievements and we’re proud to be part of a city very much in growth mode.  There’s a lot of ambition here and we certainly intend playing our part.”

Michael Costello, BDO Ireland Managing Partner, said “BDO has four offices in Ireland – Dublin, Cork, Belfast and Limerick – and Limerick has certainly made a huge impact on our overall national footprint.  It’s a significant contributor and we’ve been delighted to see it grow at pace over the years.

There is a very positive sense around what’s happening in Limerick at the moment. BDO here has been a very positive element within our overall national story and, like that, Limerick city has been one of the great success stories of the national economic recovery.”