Learning at the Bellissimo Academy

By Richard Lynch on October 7, 2016@richanthon 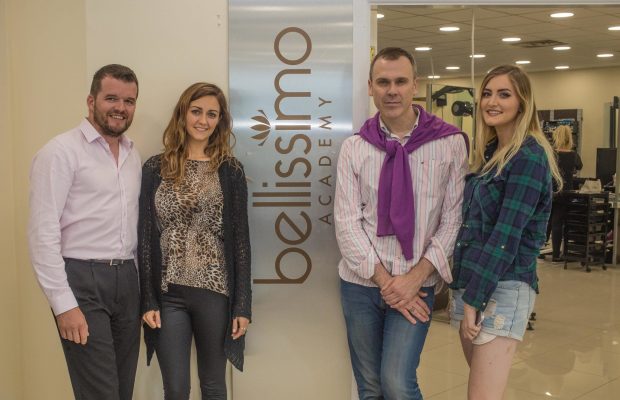 Bellissimo Limerick, Ireland’s biggest hair salon, opened in Limerick in 1999 and has continued to evolve and grow over the years. It started as one building with a coffee house upstairs and a beauty salon and hair salon downstairs. In 2004, it expanded and they bought the next-door computer shop and opened the Bellissimo Academy. 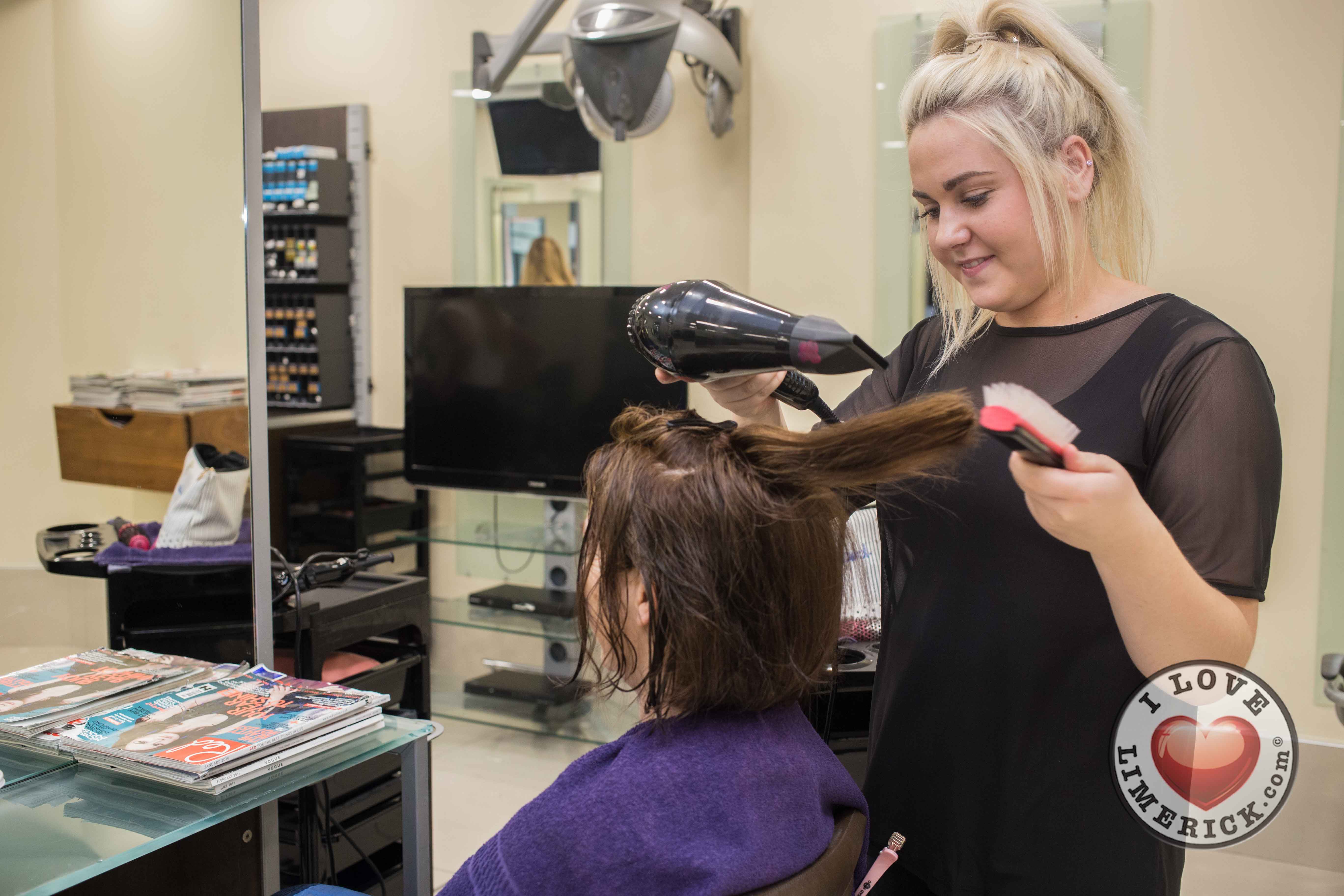 Pictured is Carol Shorten, a Bellissimo Academy student working on one of her clients. Picture: Cian Reinhardt / ilovelimerick

Since then, the Bellissimo Academy takes in a class of budding students each September for the year to teach them how to style, cut and dye hair. “It’s great, I didn’t know anything coming into the academy and now I can do everything. The trainers are so nice and they’re always there to help when you’re unsure.” Said Carol Shorten, one of the students at Bellissimo.

Bellissimo primarily was a hair salon with a small beauty salon. Now, it has all aspects of beauty, cosmetics, nails, eyebrows. They have a nail studio that accommodates 15 people at any given time. They have private treatment rooms for providing massage treatments and waxing. Bellissimo cover facials, lazor treatments, micro derma abrasion and much more. “With regard hairdressing, I feel that’s our strongest set of services. This is the single largest sized salon in the country, the fact that it is in Limerick makes us so proud of it.” Said Darragh Curtin, manager of Bellissimo. “In the Academy, we offer training to students and we offer hairdressing to clients by a student for those looking for a student environment. The Academy is very popular with people coming in now in particular. We’ve booked out until this class finishes now.” 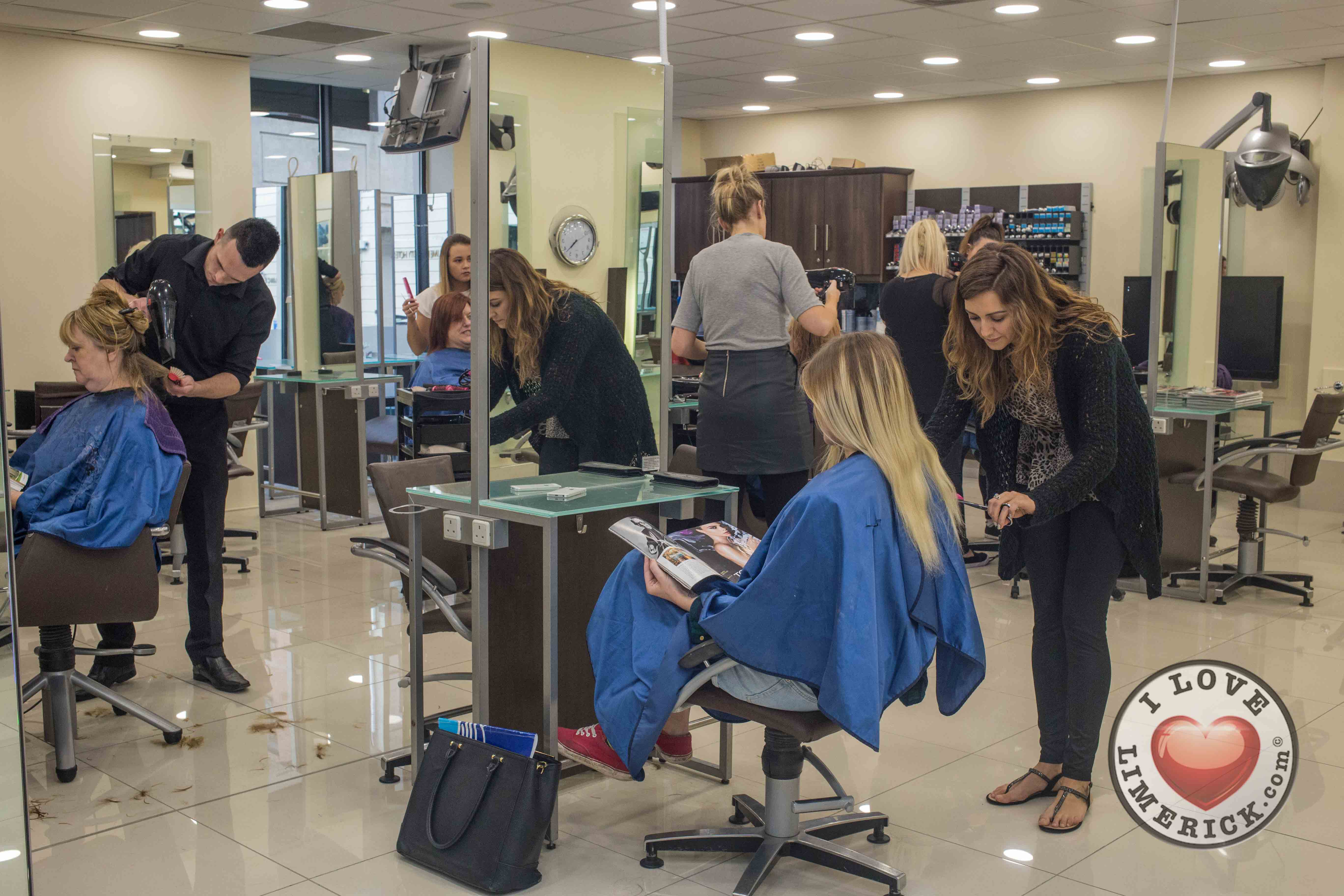 Pictured is the Bellissimo Academy with Erika Salmon at the front working on a client’s hair. Picture: Cian Reinhardt / ilovelimerick

“We do a range of things, we’d cover cutting, colouring, the theory of colouring, up styles, and blow drying, everything really!” said Erika Salmon, who helps teach the course in the Bellissimo Academy. “The course starts off very simple and basic but we would cover the more technical and difficult techniques towards the end of the course when the student is more confident in themselves and their work. We’d cover the basics and the classic forms of cutting. The advance cutting comes a little bit later towards the end of the course. I think it’s a great environment to be in and to learn in.”

Darragh Curtin, spoke to I Love Limerick about the evolution of Bellissimo and their continuous training work ethic, “We’re about continuous training. If I was to look at this week , we’ve had people from Wella here doing training with senior stylists. Sarah-Jane, one of our makeup artists, would have been doing training in makeup for a cohort of people working here. On Wednesday there was a four-hour training station done upstairs in specialised waxing. Basically, there’s training going on all the time. The junior team have a full day each week of training and they come in for different events like this week I was interviewing people for the Bellissimo Academy this week. We’re always working to improve.”

For a previous story on Bellissimo about their new Makeover Studio from I Love Limerick click here.