By Richard Lynch on November 24, 2016@richanthon 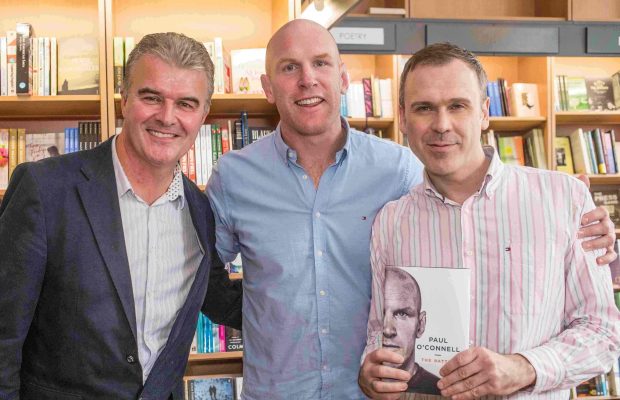 Paul O’Connell’s ‘The Battle’ is set to become the biggest selling Irish book of the year, according to his publishers.

Despite only being released in October, the book shot straight to number one on the Irish bestsellers list and has received excellent reviews from critiques and fans alike.

The rugby legend received the award for Irish sports book of the year at the Bord Gais Energy Book Awards last week, up against five others in the same category. Upon receiving the award, Paul said “As a rugby player, I feel very out of my depth intellectually here tonight. I never thought I’d share an awards stage with Jilly Cooper or John Montague for that matter.”

“I think to write a book about yourself is a difficult thing to do. For me anyway, I felt very awkward. I still feel awkward when I walk past it in a shop and see it for sale. I was really happy with what we produced, and a big part of that was down to the work, commitment, passion and ambition that Alan English had for the book, so I really want to thank him for that.”

Alan English, former Limerick Leader editor, co-wrote the autobiography with O’Connell. The pair worked on the book for over seven years and are said to be thrilled by its success.

Other winners at the awards included Graham Norton, Marian Keyes, Tana French and Mike McCormack, who won the novel of the year prize.

Paul will be signing further copies of The Battle in Eason’s in Limerick on December 3, from 2pm. People are urged to arrive early to avoid disappointment, given the huge demand to meet him.