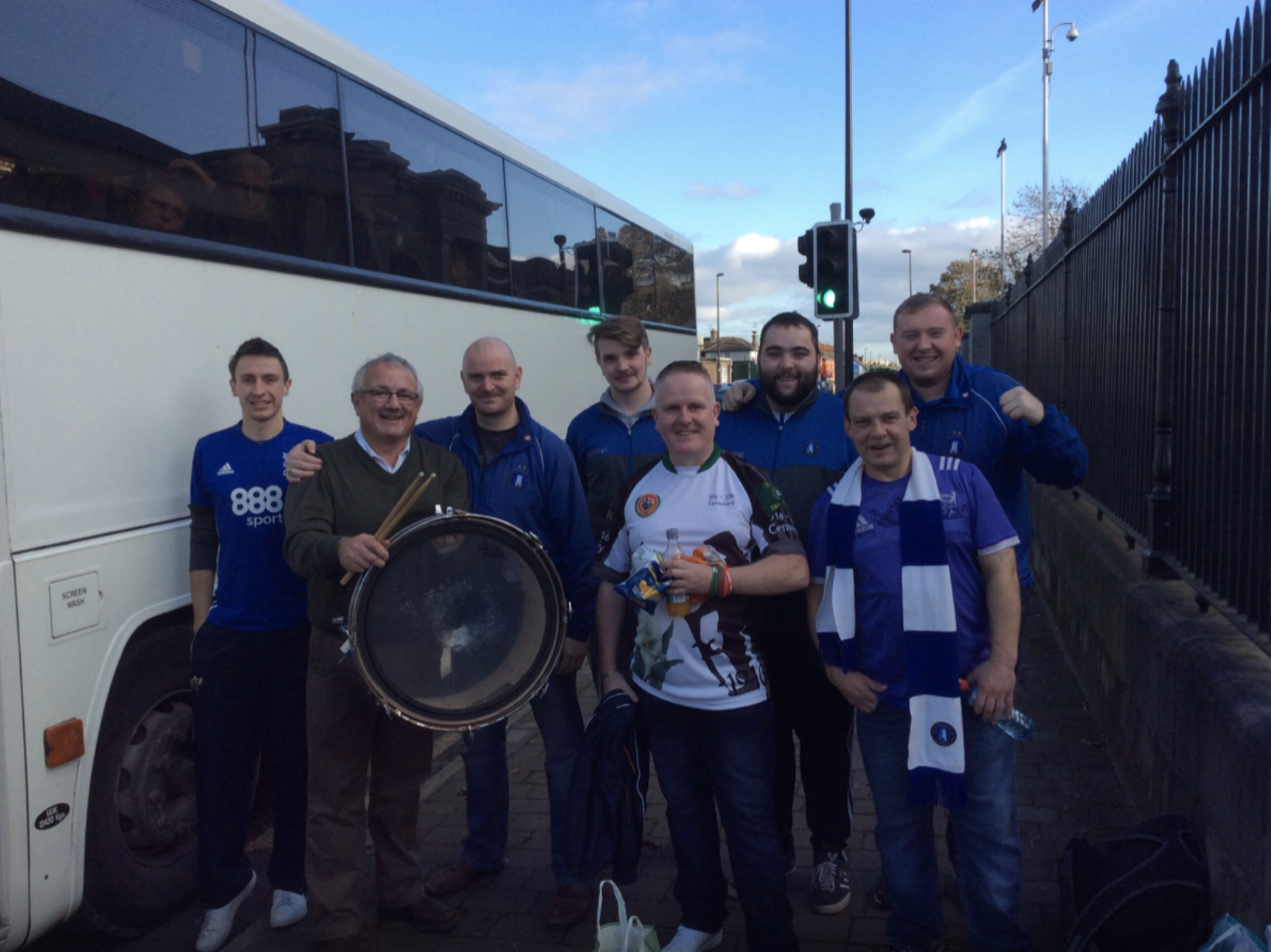 Blue Army fundraises in hopes of returning for 2021 season

Blue Army members posing for a photo, hoping to get back on the pitch. Picture taken before social distancing.

Blue Army fundraises in hopes of returning for 2021 season

The Blue Army, Limerick Supporters Club, has organised a GoFundMe page to provide financial and communal support as they hope to develop a new League of Ireland club located in Limerick.

The League of Ireland (LOI) is one of the country’s primary organising bodies when it comes to football. They, along with the Football Association of Ireland, have been responsible for expanding the growth of the sport across all counties. Now, the Blue Army wants to focus on Limerick and create another, fresher football club for the area with the help of a supporters co-op.

Blue Army fans are already supporting their cause and planning ahead for future developments. They are looking to create a Limerick Fans Selection vs Club Legends match to raise more funds for the campaign. It will connect viewers with players in a way that both benefits the fundraiser and the overall community outreach.

Due to COVID-19, the organisation cannot hold a proper meeting to explain the ins-and-outs of the plan. The GoFundMe, which was set up on Monday, April 27, will take the place of any physical fundraiser the Blue Army was organising. It is safe and efficient, working towards a brighter future for the supporters co-op.

On the Blue Army GoFundMe page, a spokesperson described the idea behind the supporters co-op saying, “As Limerick senior football fans, the one thing we want next season, whenever that is, is a team to support. As a supporters group / club here in the Blue Army, we haven’t been able to do memberships, etc. without having a team.”

In order for this plan to thrive and bring the club back to life, they are calling on all their fans or any local supporters to donate to the page. They said, “The club’s recent demise was something that saddened us all and we would encourage you to donate where possible, and play your part in their return for the 2021 season.”

UPDATE: Embury Close residents give back with walkathon challenge