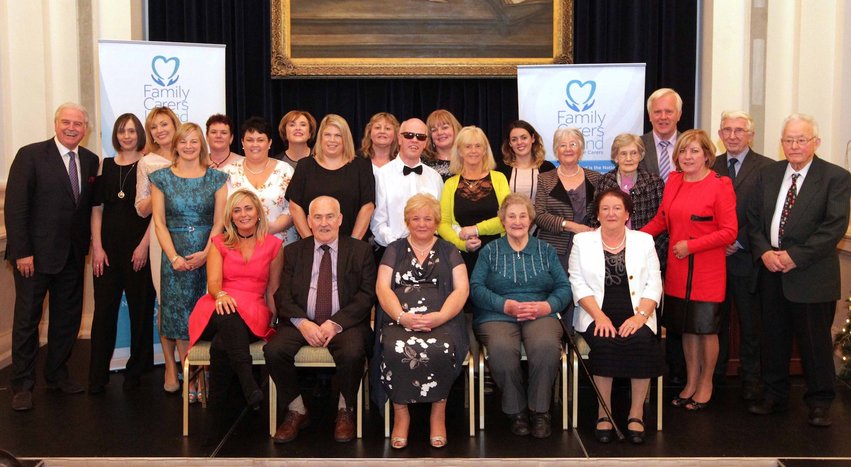 Nominations can be completed at www.familycarers.ie or by simply filling out the nomination forms in Family Carers Ireland Resource Centres and CarePlus Pharmacies across Ireland. Closing date is extended to Friday, September 29th 2017.

Now in its 11th year, these awards are hosted to recognise the dedication and loving care provided by Ireland’s family carers and young carers. Family Carers Ireland patrons, broadcasters Mary Kennedy and Marty Whelan, will present the Carers of the Year Awards at a special ceremony in Dublin’s Westin Hotel, Wednesday, November 22nd.

Latest figures from the Central Statistics Office suggest that 10 per cent of the population provide care, which would be approximately 360,000 people*. With home helps hours cut, limited respite services and a lack of supports for family carers, this role can often be a difficult one.

“Many carers don’t identify themselves as carers until they are in crisis and seeking help. As part of our ‘Share the Care’ campaign this year, we are hoping carers will self-identify. A family carer is a person who provides care to a loved one, family member, friend or neighbour. This could range from checking in on them once a week to sitting with them to preparing meals, to full-time round-the-clock care” says Catherine Cox, Family Carers Ireland.

“Through these awards, we want to recognise and celebrate the commitments people make every day across Ireland in making sure loved ones are looked after and cared for. We also make a special recognition to our young carers who are an inspiration.”

Niamh Lynch, Commercial Director from CarePlus Pharmacy says “With the awards fast approaching, we urge people to nominate any family carers or young carers for this year’s awards by picking up an application form in your nearest CarePlus Pharmacy. We’ve had an incredible response to date and look forward to celebrating the many gallant and hard-working carers across Ireland at the big event in November.”

Family Carers Ireland provides a range of supports and services for family carers through its 22 resource centres nationwide and advocates fairness for carers. The organisation is currently running it’s ‘Share the Care’ campaign to help family carers self-identify and seek supports.

For more on previous Carer of The Year awards click here

NBC Universal Confirm Nightflyers Will Be Filmed At Troy Studios