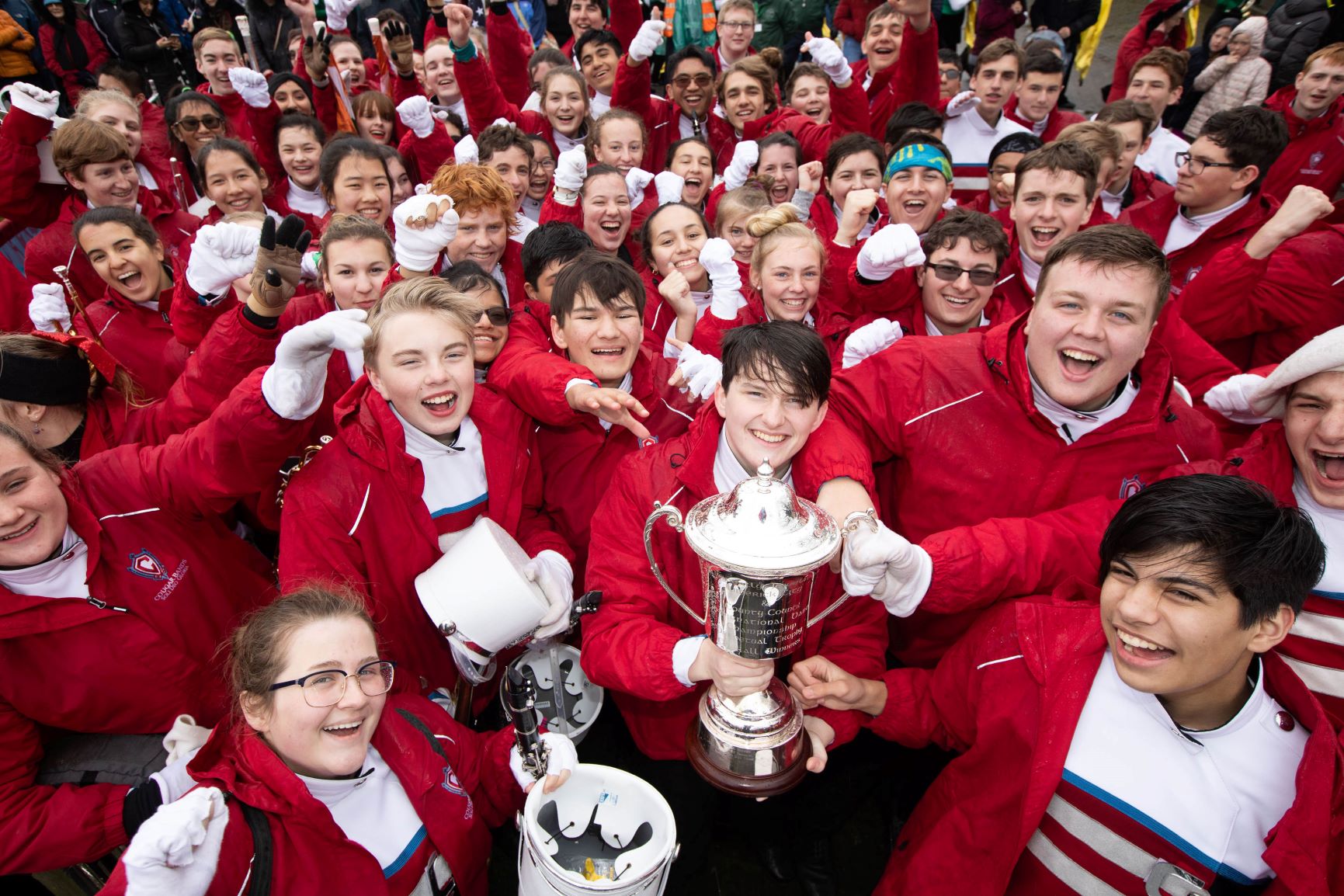 Rain failed to dampen the spirits of the more than 30,000 spectators who lined the streets of Limerick as they cheered and supported the 1,300 musicians from 20 bands who took part in this year’s event.

Bands from the United States, Estonia, England, Northern Ireland, Limerick and across Ireland marched down O’Connell Street in Limerick as part of the Limerick St Patrick’s Festival 2019.

The Charlotte Catholic High School band was presented with the Kenneally Jewellers Perpetual Trophy as overall winners of the championship.

Mayor of the City and County of Limerick, Cllr James Collins said: “It was absolutely amazing, just exceptional musical talent on display.  We had Limerick bands, Irish bands, American High School and University bands, and those from Estonia and England.”

“There was high energy and high entertainment.  The people of Limerick came out to support it again despite the weather.  The rain didn’t stop anybody having fun, it was fantastic.”

“It is a great event for Limerick.”

Bands performed at the reviewing stand for three minutes as part of the judging process with the winners announced at Arthur’s Quay Park following the competition.
Performances at the 49th Limerick International Band Championship were judged by an international panel consisting of Prof Stan Michalski, Cindy Scheid, Dr James Standland, Evelyn Grant and Niall Carroll.

The head judge, Prof Michalski said: “It was outstanding due to the weather to see all the musicians so enthused.  We were very much impressed.  It would have been especially difficult for those playing the woodwind instruments.  The musicians playing the brass instruments would get away with it.  We had snow last year, rain this year – next year it’s going to be sunshine!”

“I want to congratulate all the bands for taking the opportunity to walk through the entire parade because it was very difficult on the instrumentalists with the weather being so wet.”

“We had difficulty choosing the winners as we had so many good bands in each category, so we are happy that we came out with an agreed list.”

The Limerick International Band Championship is part of the Limerick St Patrick’s Festival 2019.  Other events continuing throughout the week are:

Museum of the Moon | St Mary’s Cathedral | Mon-Thu 18 -21 March | Various times throughout the day
Experience a new touring artwork by artist Luke Jerram, bringing together a fusion of lunar imagery, moonlight and surround sound in the majestic surroundings of St Mary’s Cathedral.  The moon features detailed NASA imagery of the lunar surface. This promises to be a tremendous treat for the whole family.

40 ft Panoramic Wheel | Arthur’s Quay Park | daily until 21 April | Various times
Get a bird’s eye view of Limerick city and county and parts of Co Clare as you are taken 40 foot into the air on the Panoramic Wheel.

For more information on the International Band Championship, go here.

For more stories on the International Band Championship, go here.