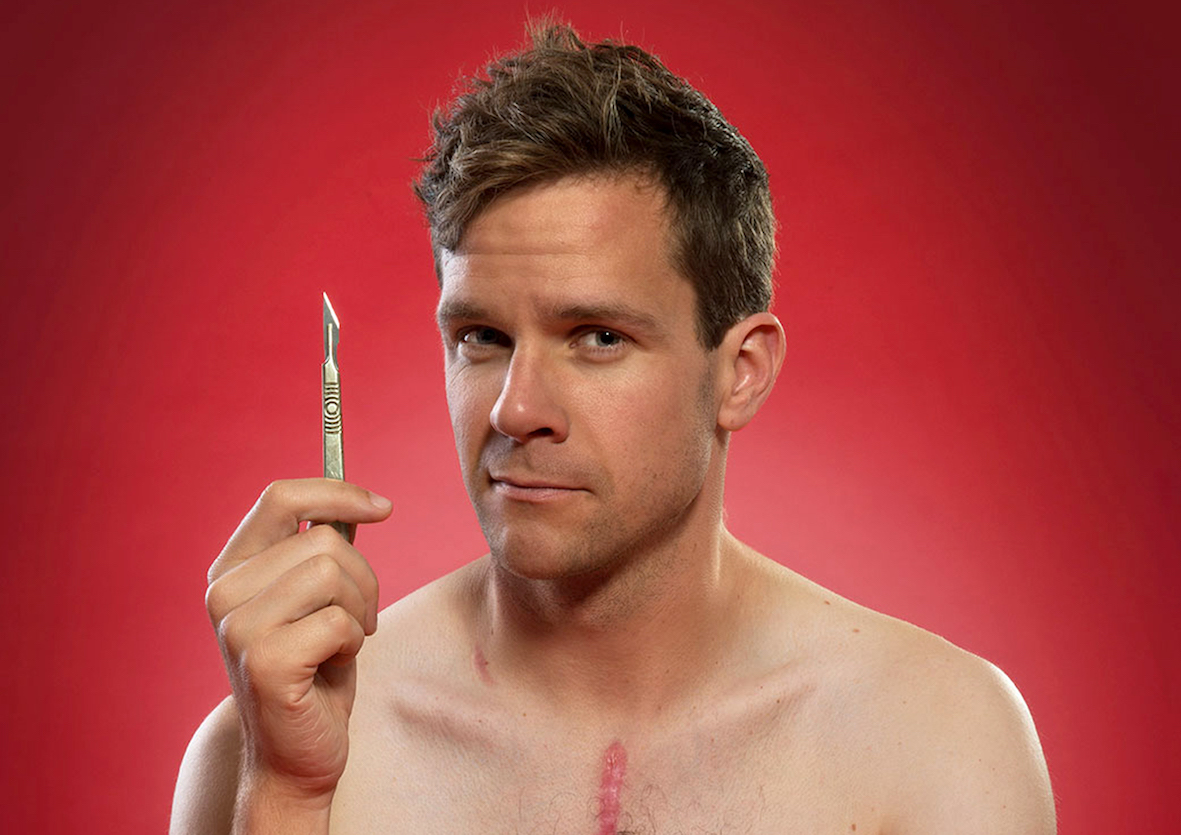 This year the Limerick Fringe Festival is bringing us none other than the amazing Tom Balmont in Narrative 4 this April for his spoken word show, Chest Pains. For three nights only, from April 5th to 7th, Tom will be doing three things, taking to the stage, taking his shirt off and telling his story. All of which is set to be captivating for the audience.

Follow him on the retelling of his story, from the moment he was diagnosed with a congenital heart condition, to current day challenges and rewards. Chest Pains is a heartwarming story, filled with touching moments and plenty of laughter too.

Tom started out as a comedian and street performer, both of which have helped him on his way to becoming the master storyteller he is today. To miss this show is a crime, as he plans to entertain us with his spoken word show that focuses on just about anything and everything that makes life worth living.

From dogs to heart valve replacements, this is a show like no other. Tom bares more than his soul as he moves about the stage with the livid red scar that runs down his chest, his very own badge of honour.