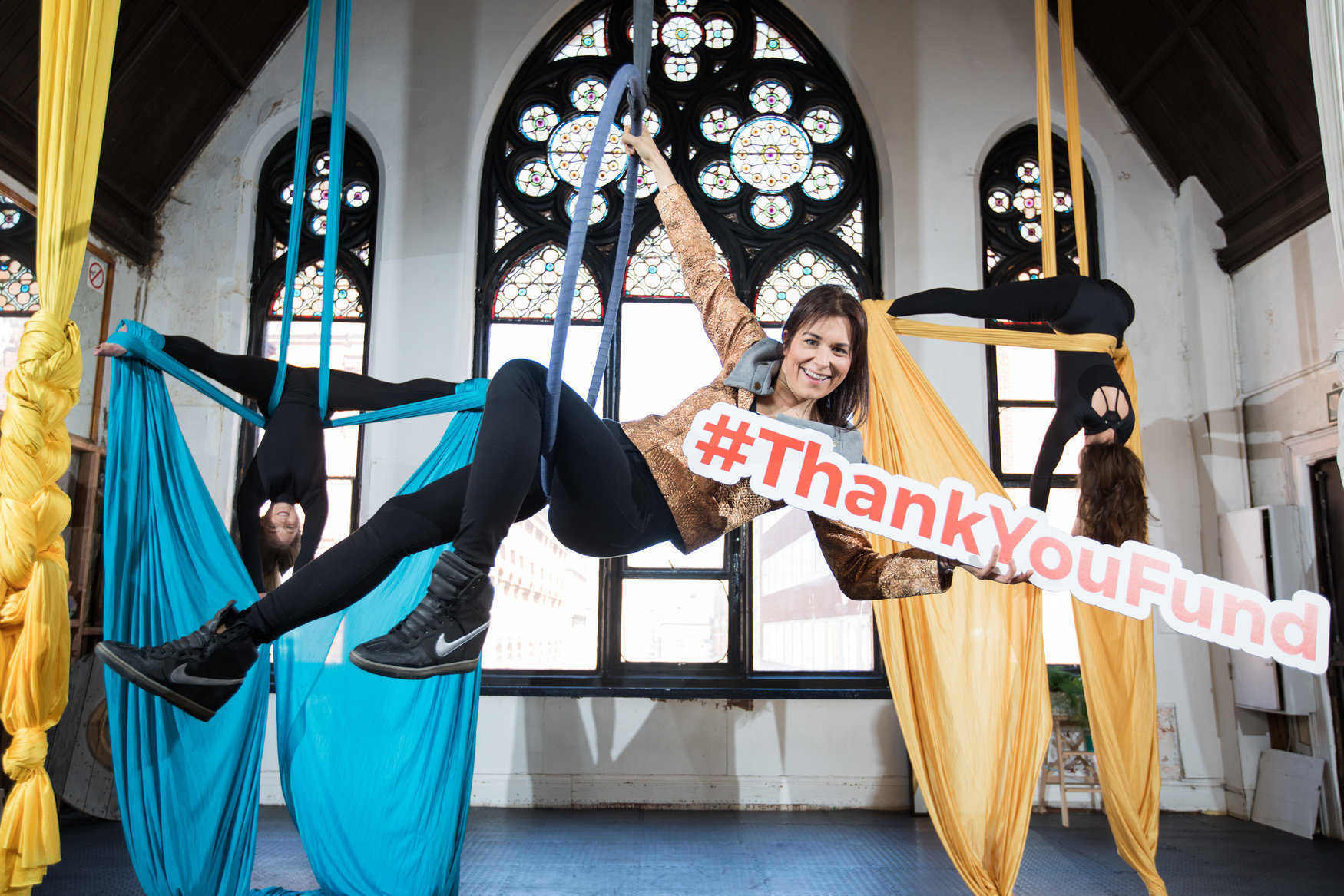 Critically-acclaimed writer, actor and screenwriter Stefanie Preissner launched the 2018 Coca-Cola Thank You Fund today, calling on youth-oriented non-profits and community groups in Limerick to get creative with project ideas, apply for funding and make a difference to their local communities.

The €100,000 Thank You Fund seeks to fund projects that inspire and support young people in Ireland and Northern Ireland.  Applications are encouraged across a range of categories – the Fund aims to bridge the divide between education and the workplace, encourage diversity and inclusion, empower young people to become leaders of the future and welcomes innovative approaches to sustainability.

Best known as the creator of comedy-drama series ‘Can’t Cope, Won’t Cope’, Stefanie Preissner embodies the ability and potential of talented young people in Ireland, having worked hard to achieve her goals.

Stefanie is delighted to get behind the initiative, commenting: “I’m thrilled to come on board as an ambassador for the Coca-Cola Thank You Fund. As a creative and ambitious person with big ideas, it can be such a struggle to get access to funding to get your dream project off the ground.  I’m calling on all youth groups out there who also dream big to apply for funding with the Coca-Cola Thank You Fund and make a difference to their own lives and those of their communities.”

Coca-Cola will award a total of €100,000 to youth-oriented non-profit organisations. Grants will be awarded ranging from anywhere from €5,000 to €30,000.  This year applicants will also be invited to submit a 60-second video to support their application. Another new element this year is ‘The People’s Choice Award’.  Twenty organisations’ videos will be shortlisted and posted on the Coca-Cola website, where they will be put to the public vote. The winning organisation will receive €10,000 in funding from the Coca-Cola Thank You Fund. Winners will be announced at Zeminar, a conference held for young people in the RDS Dublin, in November 2018.

Launched seven years ago, the Coca-Cola Thank You Fund has so far donated €855,000 to 70 non-profit organisations across the island of Ireland. Speaking at the launch today Petre Sandru, Country Manager, Coca-Cola Ireland, said: “The youth of today hold the future of the island of Ireland in their hands.  We want to empower them to pursue their dreams, effect change in their communities and become confident leaders of the future.  Coca-Cola Ireland is delighted to be making €100,000 available in funding for community-based projects that support and inspire young people. We’re excited to see the inspiring project ideas and look forward to supporting more innovative initiatives in 2018. I would like to thank Stefanie Preissner, a true example of hard work and dedication, for coming on board as our ambassador, as well as our youth partners, the Irish Youth Foundation and YouthAction Northern Ireland”.

The Irish Youth Foundation and YouthAction Northern Ireland are official partners of the Coca-Cola Thank You Fund. Sabina Cotter, Head of Grants and Programmes, Irish Youth Foundation said: “The search is on for new projects that will inspire and support young people.  Last year we discovered some incredible initiatives, This year, we are looking forward to finding even more great projects which empower young people and enable them to develop leadership skills as they move from education into the workforce. We also aim to discover projects that foster diversity and inclusion in local communities and discover new and interesting projects aiming to promote sustainability. If your organisation has an idea that will accomplish these aims, we want to hear from you!”

Applications for funding can now be made via the link below until midnight on Friday 13th of July. The shortlisted applications will be announced through the Coca-Cola website in September when they’ll be invited to present their ideas to a panel of judges. In tandem, a public vote will be run during the month of September for the ‘People’s Choice Award’ and a grant of €10,000 from the overall Fund. All of the winners of the Coca-Cola Thank You Fund will be announced at Zeminar, a conference for young people held in the RDS in Dublin, in November.