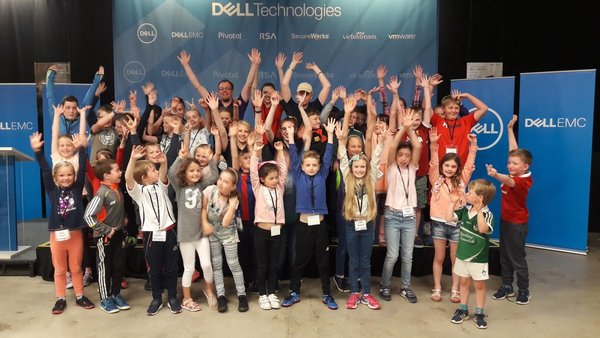 Dell EMC Limerick has teamed up with WhizzKids for the second year in a row to host a tech summer camp for its team members’ children. As the course is designed by the Dell EMC Limerick Whizzkids partnership, specifically for children, the programme is both fun and educational.

Dell EMC Limerick and Whizzkids have teamed up for the second year in a row to bring their tech summer camp, which will be available to children and teens.

WhizzKids adds a creative slant to its modules and updates workshops regularly to ensure that they are appealing to children and teens. The aim of this camp is to give young people a greater understanding of what goes on in the background when it comes to computers, how they can use technology to create their own content and, most importantly, to encourage their curiosity and exploration of technology.

Timmy O’Dwyer VP Global Service Parts Operations and Limerick Campus Leader, Dell EMC, said: “We are delighted to be teaming up with WhizzKids for the second summer in a row. These days kids and teenagers are so consumed by technology that it is really important that they learn what goes on in the background and more excitingly, how they can use technology effectively to bring any innovations they might have to life. I think a key message to get across is that technology is so much more than social media. We hope it’s interesting for the kids and teens to see where their parents go every day and in some cases, get a flavour of what they do too.

“We are really looking forward to welcoming the kids and teens to the campus. They created a great atmosphere around here last year with their curiosity and eagerness to learn and no doubt this year will be the same.”

To read more of our stories on Dell EMC click here