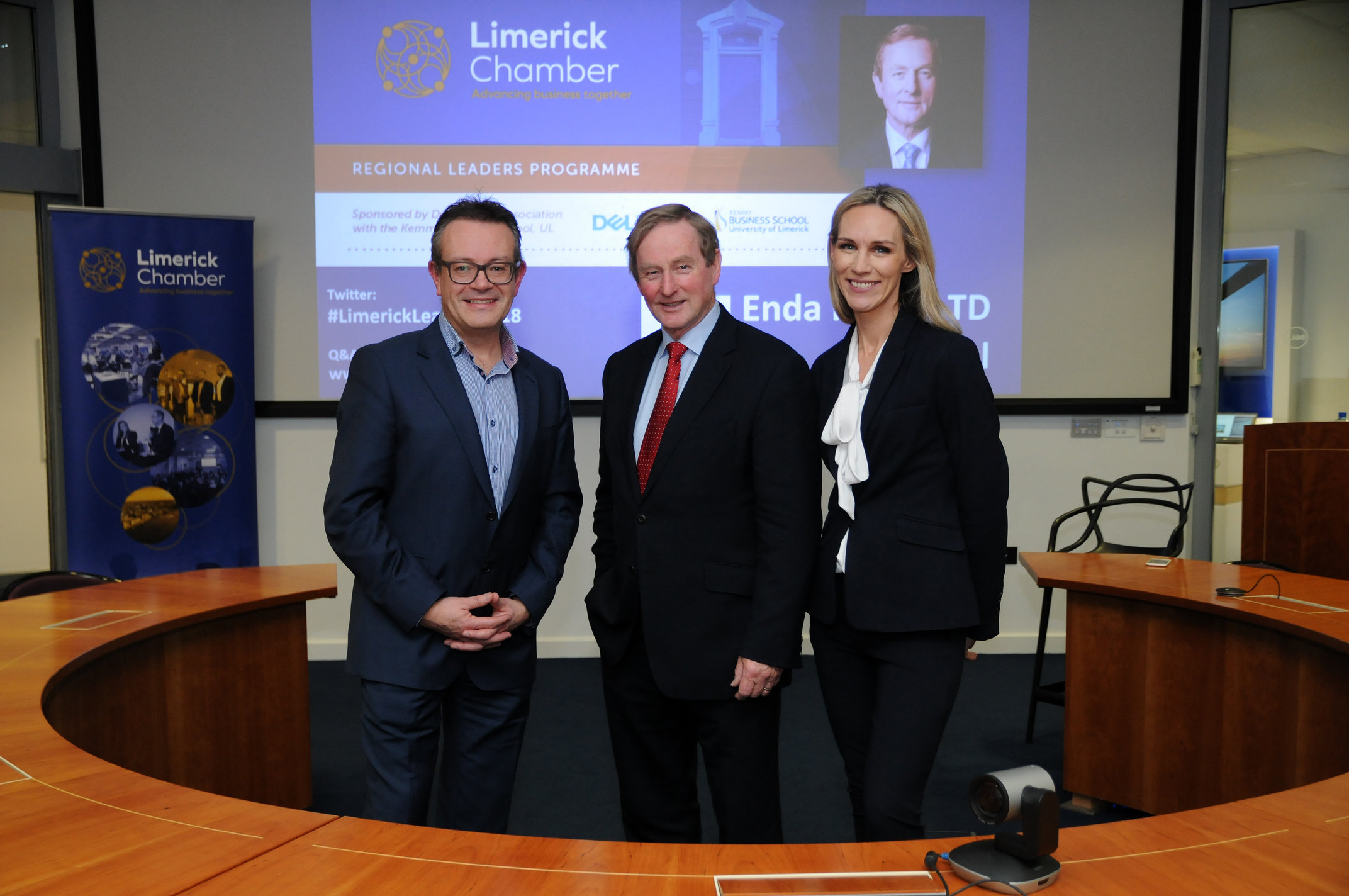 Limerick is on course to be the regional economic success story of Ireland, the former Taoiseach Enda Kenny said today.

Speaking at the Limerick Chamber ‘Regional Leaders Programme’ held at Dell’s campus in Raheen today, Deputy Kenny said Limerick is an “outstanding example of a city and its people that have fought back.”

He said: “It’s great to see confidence being expressed here in Limerick and in the southwest, you can you can feel it. Whether that’s about innovation or entrepreneurship or other economic activities. When your new motorway comes from Limerick to Cork it will change the dynamics and the economics of the Mid-West entirely for the next generation.”

The former Taoiseach praised the contribution of Limerick men Denis Brosnan and former Minister for Finance Michael Noonan for a large portion of Limerick’s resurgence.

He said: “It didn’t happen by accident, you had political commitment at a local level about the expansion of the city. You had a very strong taskforce under Denis Brosnan. That set out a strategy and a position. Then you had government responses in terms of in terms of tax and restoring confidence to an economy, fixing our banks and making incentives available for the creation of jobs. And your own Michael Noonan here in Limerick was a really solid heavyweight in the political and financial sense in adding stability to us internationally.”

Enda Kenny used the example of meeting Steven Spielberg in Los Angeles and taking his advice on how to attract filmmakers to Ireland and ultimately Limerick with Troy Studios.

He said: “Having met with Steven Spielberg in Los Angeles he said that if you change your tax position if you provide schools of graphic design and buildings that are bigger and insulated enough you can make really significant moves in the movie business. Minister Noonan changed the tax laws in that respect and the evidence is here in Limerick itself, which is outstanding.”

Limerick was recently allocated €6.2 million in Regeneration Funding by the Taoiseach Leo Varadkar. This will help the development of several projects and create greater job opportunities for its residents.

For more information about the Regeneration Fund go here

For more stories about the Regeneration Fund go here

Limerick.ie racks up its millionth visitor this year