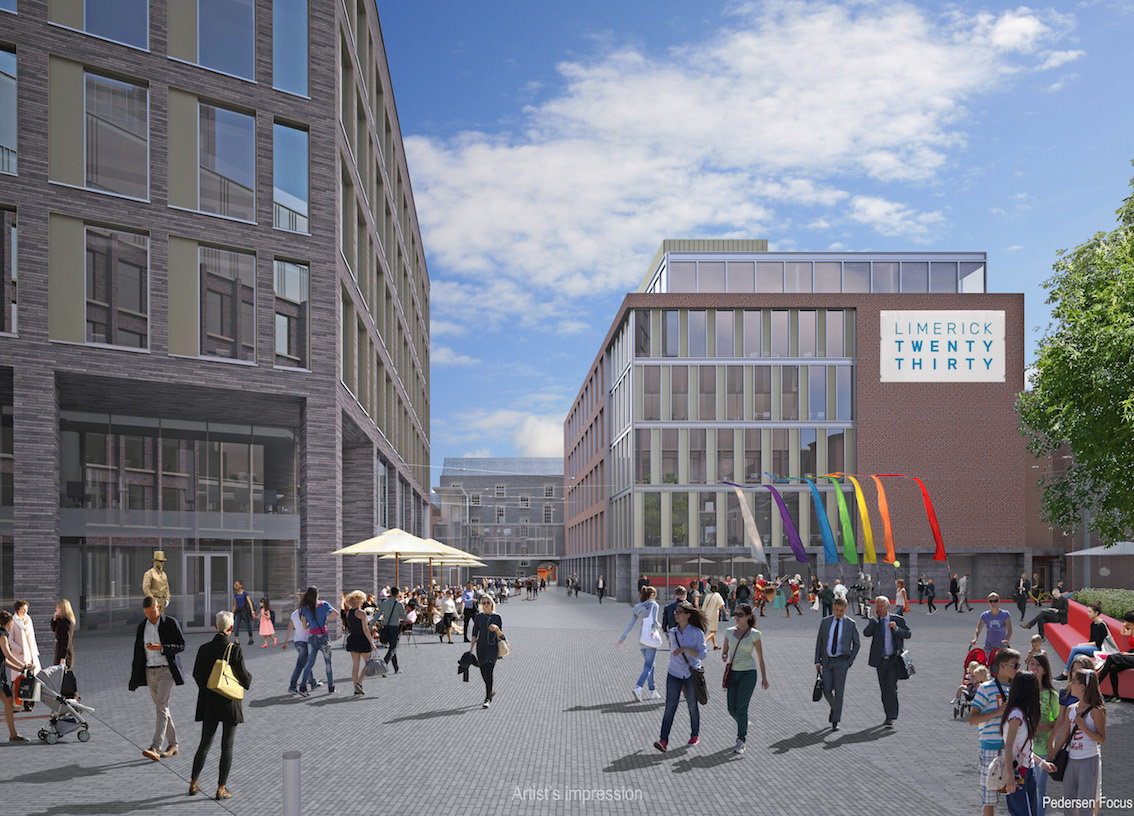 An artist’s representation of the proposed Opera Site funded by an investment from the European Investment Bank.

EIB Vice President Andrew McDowell travelled to Limerick for the announcement, which will see the bank commit to €85million in lending to Limerick City and County Council to be spent on transforming the 1.62 hectare Opera Site in the city centre into one of the country’s top urban commercial/office developments, with the capacity for 3,000 jobs.

This is the first EIB finance is to be made available for a local authority programme in Ireland since 1993. The EIB finance contract for the 25-year loan – the EIB’s largest-ever urban investment in Ireland – was signed at the Council’s Corporate Headquarters in Limerick today by Mr. McDowell and Conn Murray, Chief Executive of Limerick City and County Council.  Also in attendance were Mayor of the City and County of Limerick, Cllr Stephen Keary, Chairman of Limerick Twenty Thirty Denis Brosnan, CEO of Limerick Twenty Thirty David Conway as well as Oireachtas and other public representatives.

Said Andrew McDowell, Vice President of the European Investment Bank: “The European Investment Bank is pleased to support this impressive and ambitious investment that will transform the city of Limerick over the coming years. This will create thousands of new jobs, renovate vacant buildings to provide much-needed office space and regenerate historic buildings in Ireland’s third city, as well as reducing energy bills for public buildings. As the bank of the European Union, the EIB has a unique track record supporting sustainable urban development across Europe and improving the quality of life and economic opportunities in cities around the world. Following this record new support for urban investment in Ireland, we expect to announce co-operation with further local authorities in the coming months.”

The Opera Site will be the largest single project in the Limerick Twenty Thirty programme, a programme launched last year with the establishment of the special purpose vehicle with the aim of delivering over €500m worth of transformational infrastructure across key strategic sites in Limerick.   The programme is already progressing at pace, with the 80,000 sq. ft LEED Gold ‘Gardens International’’ office accommodation project in the heart of the city set for completion late next year.

Mayor of the City and County of Limerick, Cllr Stephen Keary said:  “Limerick has come a huge distance over the past five years or so but this funding is going to make sure we can continue this remarkable journey which has seen the city become Ireland’s greatest urban success story of the decade.  The city is transforming at a rate faster than any of us could have anticipated but thanks to this EIB funding, it’s not just a momentary investment; our growth is going to be sustained.”

Conn Murray, Chief Executive of Limerick City and County Council added:  “This is another day that benchmarks the new Limerick that is emerging, one that is breaking new ground at a national level time and time again and this record funding from the EIB is the latest evidence of that.  This commitment by the bank is a statement of the confidence and sense of ambition that Limerick has today.  It also very much validates the step we took to create Limerick Twenty Thirty, the first local authority special purpose vehicle of its kind in Ireland.” 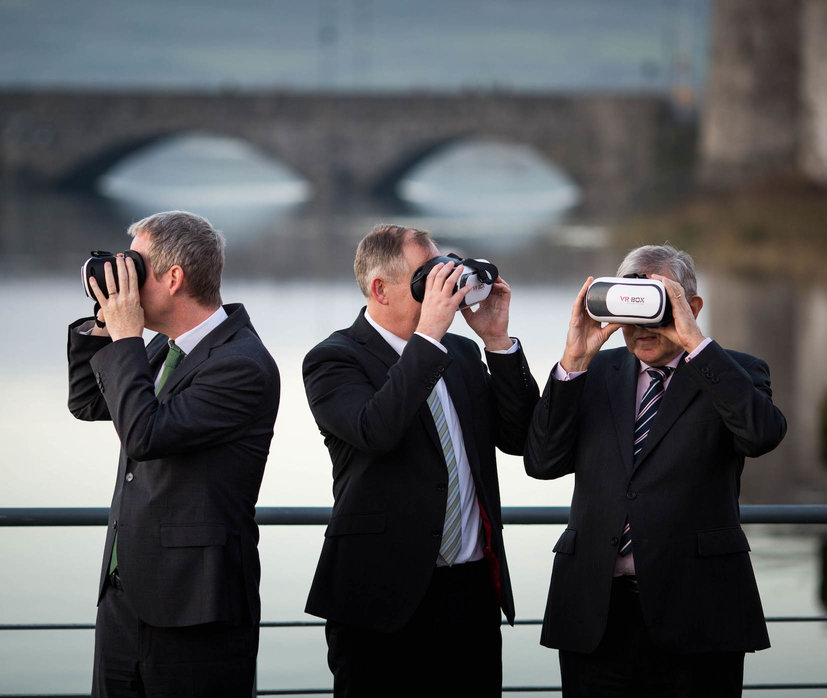 The 1.62 hectare (four-acre) Opera Site was acquired by Limerick City and County Council in 2011 after a planned redevelopment under private ownership failed to materialize.  Limerick Twenty Thirty will also develop the eight-acre Cleeves site on the northern bank of the River Shannon and has commenced master-planning, which will be followed by the planning process, for the 200-acre Mungret College residential site on the outskirts of the city, which will have the capacity for up to 850 units.

Said Limerick Twenty Thirty Chairman Denis Brosnan:  “The EIB commitment will ensure that the rapid progress already achieved by Limerick Twenty Thirty, just 14 months into its existence, is merely the start.  This is a long-term project that is going to transform Limerick into one of Europe’s fastest-growing cities and one capable of competing for inward investment on an international scale.  The funding will be specifically available for the Opera Site project, which will be a landmark project not just on a local but national scale.”

The European Investment Bank has provided more than EUR 100 billion for urban investment over the last 5 years. This includes support for new urban development, sustainable transport and social housing as well as improving water, energy, health and education infrastructure in cities across Europe and around the world. The EIB has unique technical experience that can be shared to strengthen first-time projects gained from engagement in more than 150 cities across Europe and around the world.

For more on the European Investment Bank click here