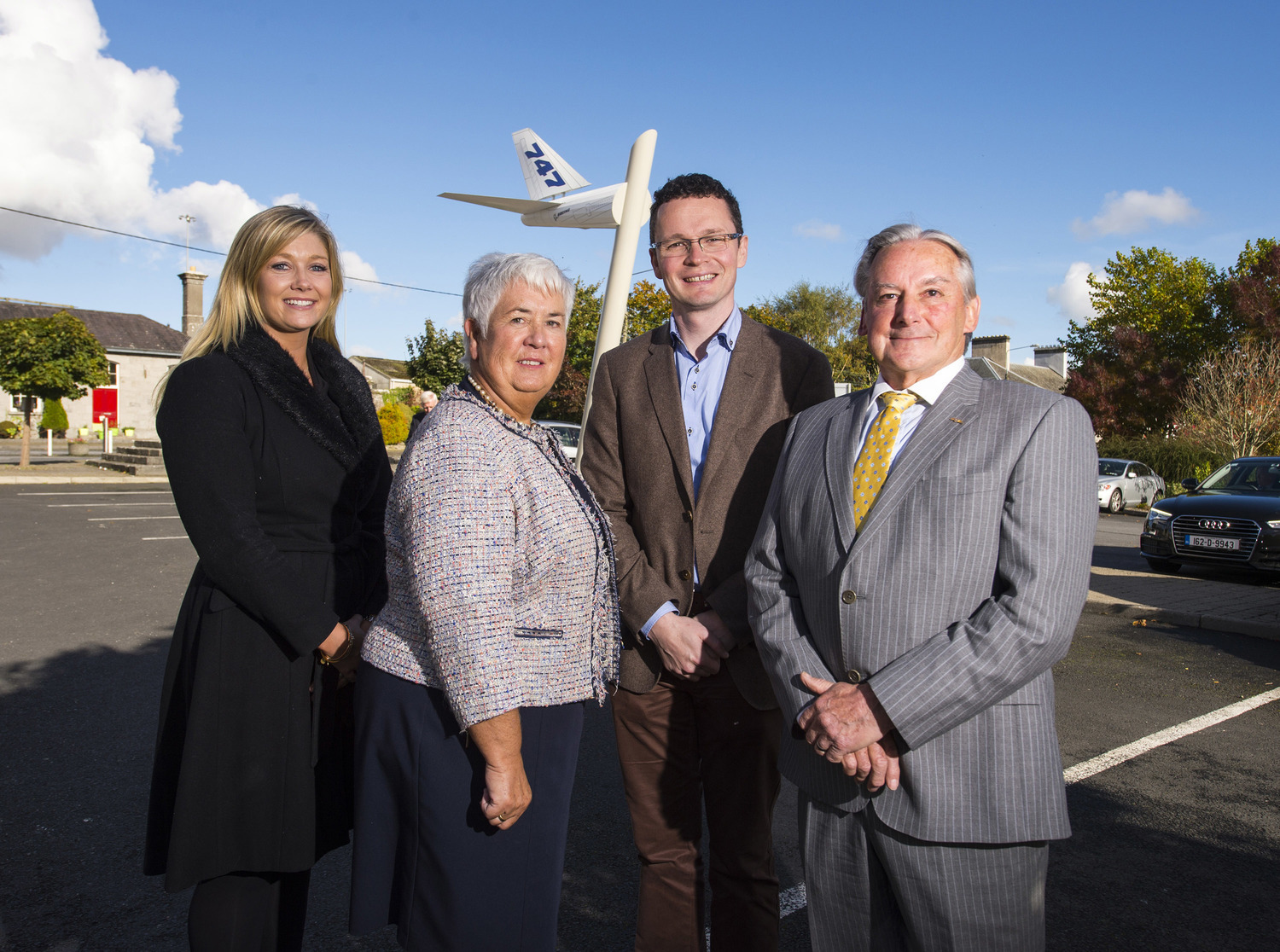 The Foynes Flying Boat and Maritime Museum today unveiled a specially commissioned sculpture to celebrate 100 years of Boeing. Boeing is the world’s largest aerospace company and leading manufacturer of commercial jetliners and defense, space and security systems. The commission, which is entitled “Tail of Foynes” is a 22ft high, steel sculpture featuring a tail of the iconic Boeing aircraft, the 747. The piece was created by Irish sculptor, Shane Holland, and is supported by Irelandia Aviation.

Foynes Flying Boat Museum is the only aviation museum in Ireland, preserving the rich history of aviation and the development of passenger travel. The Museum has a special relationship with Boeing as it boasts the world’s only full sized Boeing 314 Flying Boat replica in its collection. The aircraft, otherwise known as “The Clipper” was a long-range flying boat produced by Boeing in response to Pan American’s request for a flying boat with unprecedented range capability.

Visitors to the Museum can view much memorabilia from the glamorous bygone era of the flying boats, including the original radio and weather room. Other claims to fame include the invention of the famous tipple, Irish Coffee. This came about in order to alleviate the suffering of cold and wet passengers during its aviation days in the early ’40s – a drop of whiskey was added to the cup! Hollywood legends, film stars and royalty have stopped by to sample a taste. Ireland’s own Hollywood legend, Maureen O’Hara, was a longtime supporter of the Foynes Flying Boat and Maritime Museum, and her estate recently bestowed a collection of her stylish film clothing and other memorabilia to the Museum.

“Tail of Foynes” will be unveiled at a special event attended by several key members of the aviation industry in Ireland and worldwide including Debra Santos, Managing Director of Marketing (Europe) for Boeing, with a welcome address given by Kell Ryan, brother of the late Dr Tony Ryan, who was the original Museum sponsor. Speaking about the event, Paula Doherty, Chief Financial Officer at Irelandia Aviation, said: “We are thrilled to support the commission of the wonderful sculpture, “Tail of Foynes” and to celebrate 100 years of Boeing and the wonderful work of the Foynes Flying Boat & Maritime Museum.”

You can find more information on The Foynes Flying Boat and Maritime Museum here.
Here you can read more stories about culture.