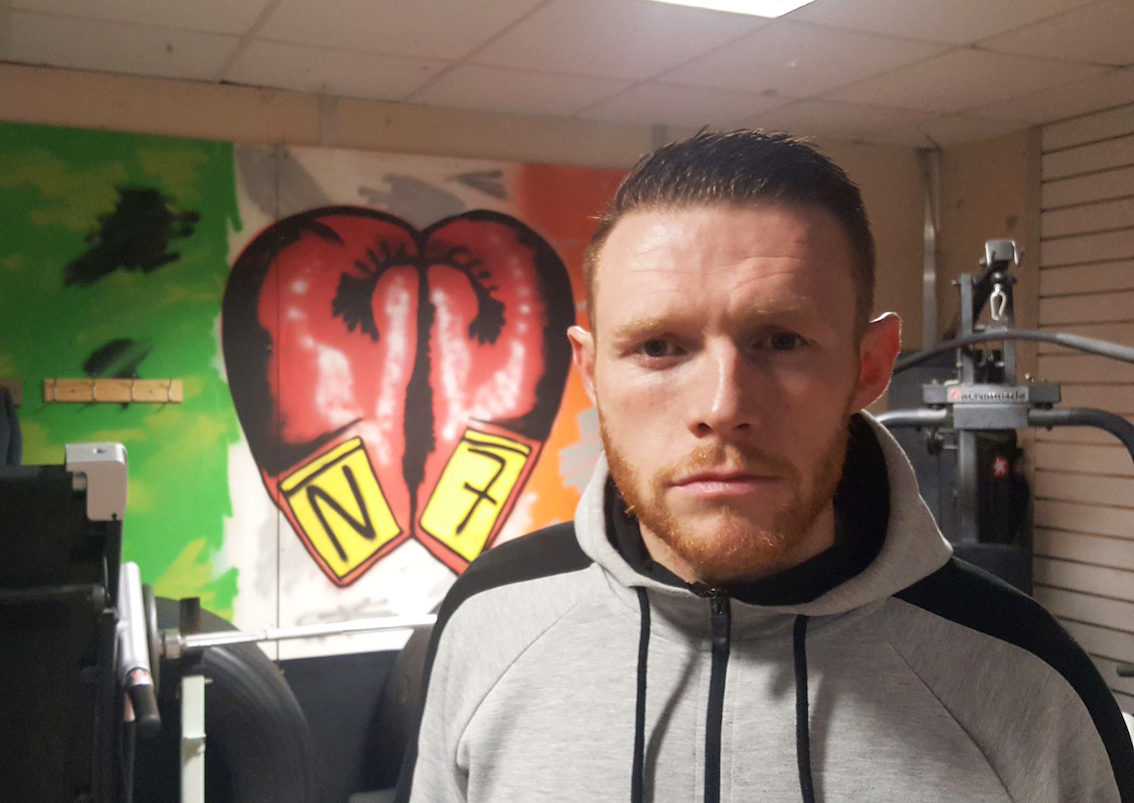 Injury saw Graham McCormack denied the chance to box in a big domestic dust-up in December but he will get a second chance in Dublin at the end of the month.

The Limerick light middle will take on former sparring partner Jade Karam on Saturday March 30th on the game-changing Assassin Promotions and Boxing Ireland Promotions ‘Clash of the Titans’ card at the National Stadium, live on TG4, in a bout that has been months in the making.

‘The G-Train’ McCormack was set to face the Cork-based South African on a big card in Mayo before a painful back injury forced him to withdraw. It was, in the worst way possible, a fitting end to 2018 for McCormack who was restricted to just two fights as well as suffering a number of bereavements. The ever-positive Garryowen southpaw, however, sees 2019 as a new start. Stepping up to six rounds for the first time and going in against his toughest opponent to date, McCormack is determined to set up a big year – with potential fight cards in Limerick in the pipeline.

That said, the 31-year-old is single-minded at present and promises that “I’ve only been thinking about Jade. With the injury, when I went to the doctor and they gave me five days to see if I could fight, I kind of knew then that I wasn’t going to be fighting the way I was feeling. I talked to Stephen [Sharpe, manager] and he said ‘look, we’ll just postpone the fight until the next show. I never took Jade out of my head, I never took my eye off the ball. As soon as I could go back training, I did go back training. I went back training a bit earlier than I was supposed to, actually.”

Giving an encouraging update on his fitness, the Eddie Hyland-trained pro explained how “the back is great. I gave it seven weeks until I started punching again. I was told eight weeks, I gave it seven and then I was back light jogging. Other than that I’ve been doing exactly what they were saying, I’ve been getting some great treatment from my physio. Now it feels great, it took a while to get good but now it feels great. I’m three months on from it now and I feel good.”

His body fighting fit, the time off also allowed McCormack to get his mind straight and he admits that “I re-evaluated everything, last year was a whirlwind year for me outside of boxing, a lot of stuff went on outside, and my focus was there in a way. I missed a couple of fights, I wasn’t as dedicated as I wanted to be, as I knew I could be, whereas now I’m 100 percent dedicated, my diet is bang on, I’m in Dublin earlier for training, I’m doing it all a lot more dedicated than I would have before. I know it’s only my fourth fight but it seems like more, I had a real slow last year. It was no-one’s fault, I just had a lot going on, and I’m looking forward now to cracking on.”

There’s no easing in for Graham McCormack who will be returning to the ring for the first time since July. Karam is rugged, tough, and has genuine power in his overhand right. While he will be a favourite for the contest, McCormack is not taking anything for granted and described how “Jade is a threat, he throws big shots, wild shots, he’s dangerous. A fight is a fight, anyone can hurt you in there with gloves on. I’m fully focused on Jade. Every fight, I take it as a risky fight. We’ve seen people come over and upset the odds. I’ve spoken to Jade about this fight, Jade is up for this fight. If he wins this he could get a big fight somewhere else. I am not taking any risks at all, Jade is a dangerous fighter and I will be prepared when I get into that ring. I am looking forward to the challenge, it’s a step up and I’m looking forward to it and showing what I can do.”

Graham McCormack features on the bill alongside a number of his Team TNT stablemates – Jake Hanney, Siobhan O’Leary, and Carl McDonald – and looks set to feature live as part of the TG4 broadcast. It’s been a long journey for a man who credits boxing as having helped transform his life and McCormack is enjoying the ride. He outlined how “it’s massive, it’s a massive show. Well done to Boxing Ireland and Assassin for working together and getting us all out there. It looks like it’s going to be amazing and real fun show to be a part of. I love boxing, I’m a fan, and I’m really enjoying this journey that I’m on, I’m grateful to be on it – so I’m loving all of this!”