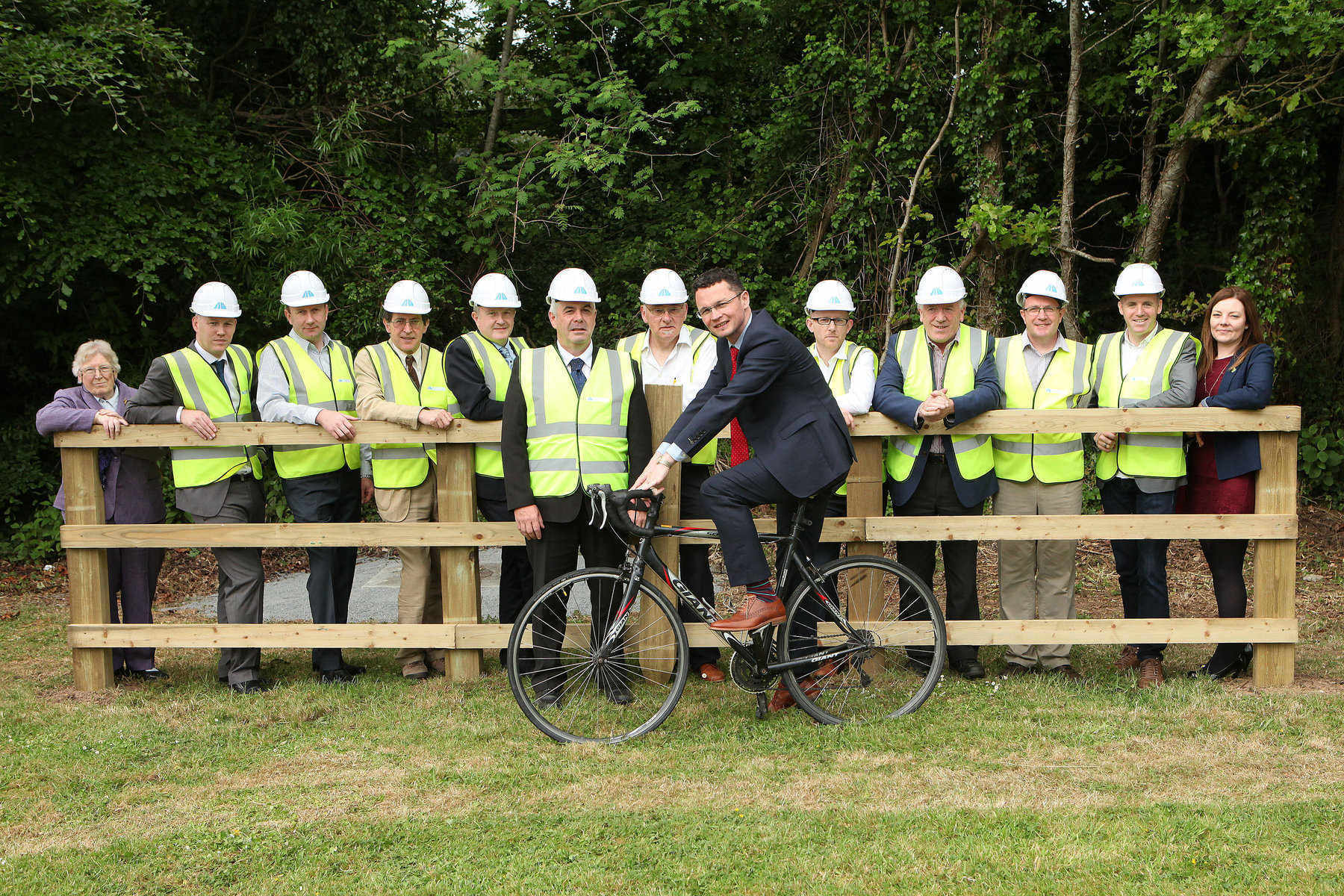 Infrastructure enhancement works are to begin on the Great South Greenway Limerick (GSGL) in the west of the county following the signing of contracts between Limerick City and County Council and Roadbridge Ltd.

The works involve the replacement of 20 farm crossing gate sets along the 39-kilometre route, which originally catered more for walkers than cyclists.

The new gate and cattle grid arrangements will allow cyclists to cycle comfortably travel the route without having to dismount the bike at each farm crossing, thus converting the trail to a greenway.

Works will also include a provision of three kilometres of fencing and provision of staggered gates at 10 road crossings.

The current Great Southern Greenway runs for 39km from Rathkeale to the Kerry border near Abbeyfeale.  It was originally developed by the Great Southern Trail Company who held the license from Iarnrod Eireann.  Limerick City and County Council took over the license and responsibility for the Greenway in December 2015.

The current contract valued at €150,000 is phased one of the plans for the Great Southern GreenwayLimerick.

Future developments of the Greenway include:

Minister for Tourism and Sports Patrick O’Donovan TD said: “As Minister for Tourism I’m delighted to be able to announce the works on the newly named Great Southern Greenway from Rathkeale to Abbeyfeale, through Ardagh, Newcastle West and Templeglantine.  This is a good news story for West Limerick and now that the Great Southern Trail, which has now been renamed the GreatSouthern Greenway has the potential to play a much bigger role in the development of Tourism in the West Limerick area.”

“When complete, this will also provide greater opportunities for local people to get involved in cycling, running and walking in the local area, something as Minister for Sport I am always trying to promote.”

Brian Kennedy, Head of Tourism Development with Limerick City and County Council said: “The Great Southern Greenway Limerick is a fantastic resource.  These works will improve the route for users and make it much more attractive for cyclists.”

“I would like to pay tribute to the Great Southern Trail Limited who, for years, have worked tirelessly on the development and upkeep of the trail and its promotion on a national and international basis.  The current popularity of the route is as a result of their hard work.”

“We have plans to upgrade the Greenway even further to make it even more attractive for tourists both near and far.  This is a sector we have highlighted as a growth area and we will be working with all stakeholders to enhance the Great Southern Greenway Limerick for the benefit of the county.”

Conor Gilligan, Managing Director of Roadbridge Ltd, which won the tender to carry out the enhancement works said: “Road Bridge are delighted to be awarded the construction of this very exciting and forward-thinking greenway project. We recognise that this piece of infrastructure will add greatly to the economy of West Limerick and North Kerry and indeed will play a big part in enhancing the tourism potential of this region.”

“As a company which operates all over the world, we are especially pleased to be once again working in our home county.  We look forward to liaising with all landowners along the route and working in partnership with all stakeholders to ensure that this greenway is delivered to the satisfaction of all concerned at the earliest possible date.”

Official Opening of the Charles Centre for Dermatology at UL Hospital