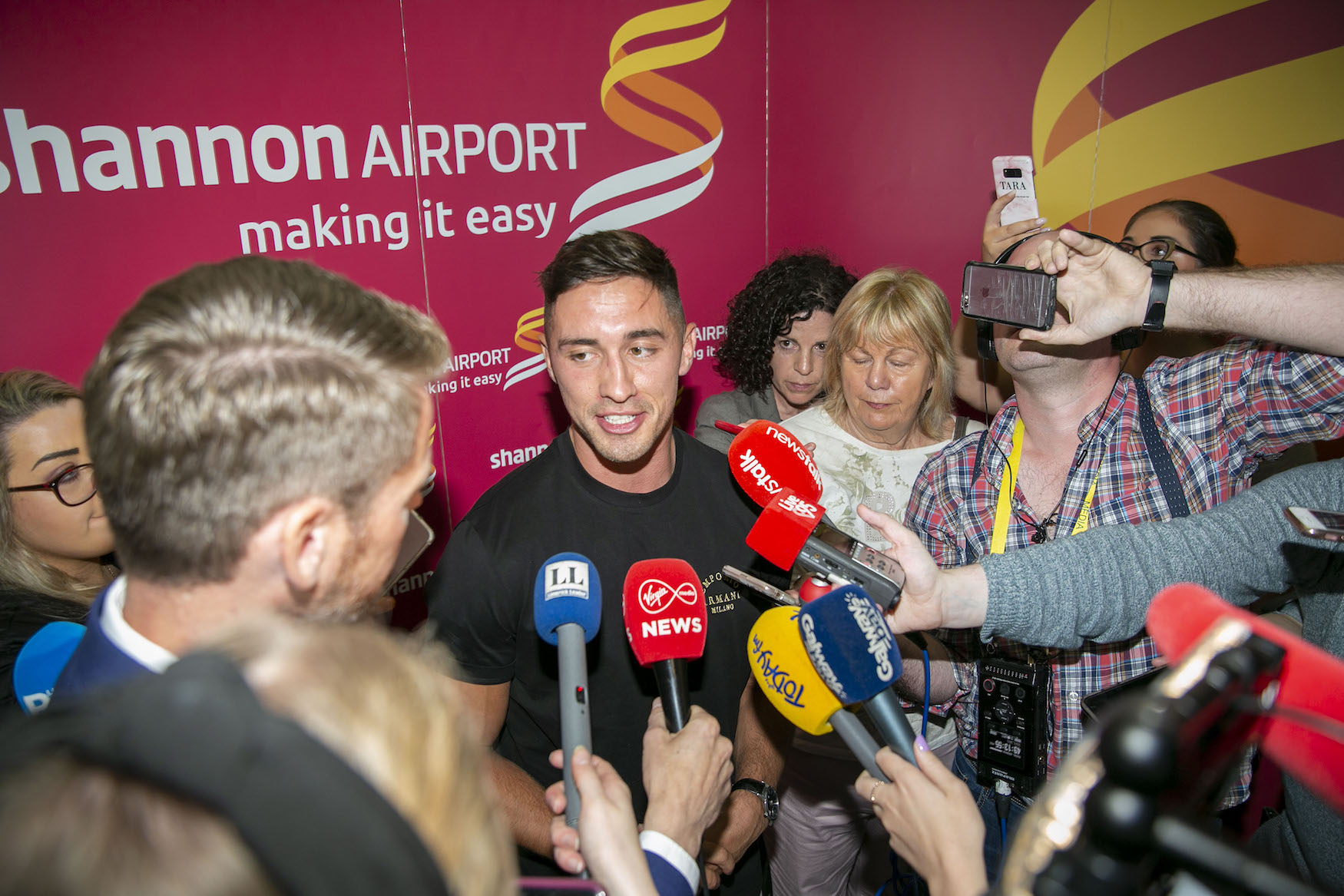 On Wednesday, August 7 Limerick local and Love Island champion Greg O’Shea flew into Shannon airport to be greeted by a flood of fans welcoming him home. After being out of the villa for ten days, he has finally come home to Limerick, after celebrating his win with fellow Love Island friends and partner Amber Gill.

Greg O’Shea spoke at the event, saying, “It’s hard to believe and you dream of moments like that at Shannon, but I certainly never thought today would happen. I’m really delighted to be home.”

While Greg O’Shea has come home without his partner and co-winner  Amber Gill with him, he promises on social media that he will eventually bring her to Ireland. Since the show ended, he has spent time in Newcastle with his new partner, getting to know all her friends and family. 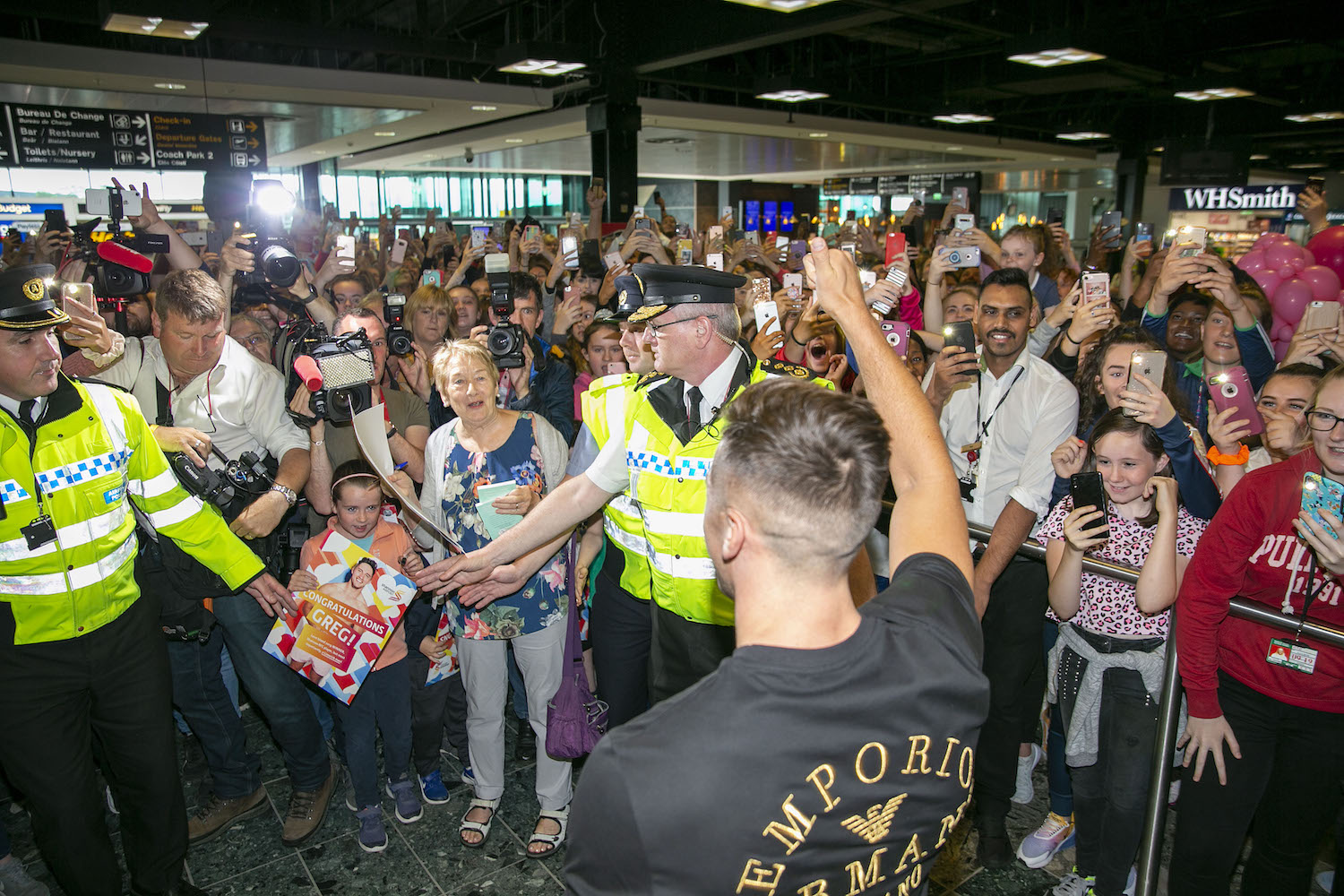 He posted on social media saying, “So lucky to have met her and can’t wait to get her to Ireland”.

However, it has been revealed by Greg’s agent that the Limerick local will not be making any formal or personal appearances in the near future, due to the “reputational challenges” it could bring, with the young star set to first focus on his rugby career and his legal studies.

Welcoming the Love Island star off the flight, Mary Considine, Acting CEO of Shannon Group, which operates Shannon Airport, said, “We’ve had many, many international stars of stage, screen and sport come in through Shannon over the decades and now Greg, already a well-respected rugby player, will be among them. He represents Ireland at the international level in rugby and has now put Limerick and Ireland on the map by winning Love Island, this hugely popular reality TV show”.

Everyone wants to go for a chat with #loveisland winner and #Limerick’s #Greg O’Shea ?✈️??#shannonairport #shannon #thereisaloveisle pic.twitter.com/e3p91XtNdk

The Love Island winners were crowned the winning couple by public vote as they were fan favourites, receiving nearly 50% of the votes. Greg received the £50k prize but chose to split it with Amber, as most of the previous winning couples chose to do.

We can’t wait to welcome Greg home tomorrow at 11.20 @ShannonAirport! We think he’s due time to relax with a nice cup of tea.

We’ll see you next week for preseason in Coonagh. Feel free to bring @AmberRoseGill out for a visit. #LoveIslandCoonagh

A Narrative for Limerick: Ann Blake with Special Guests