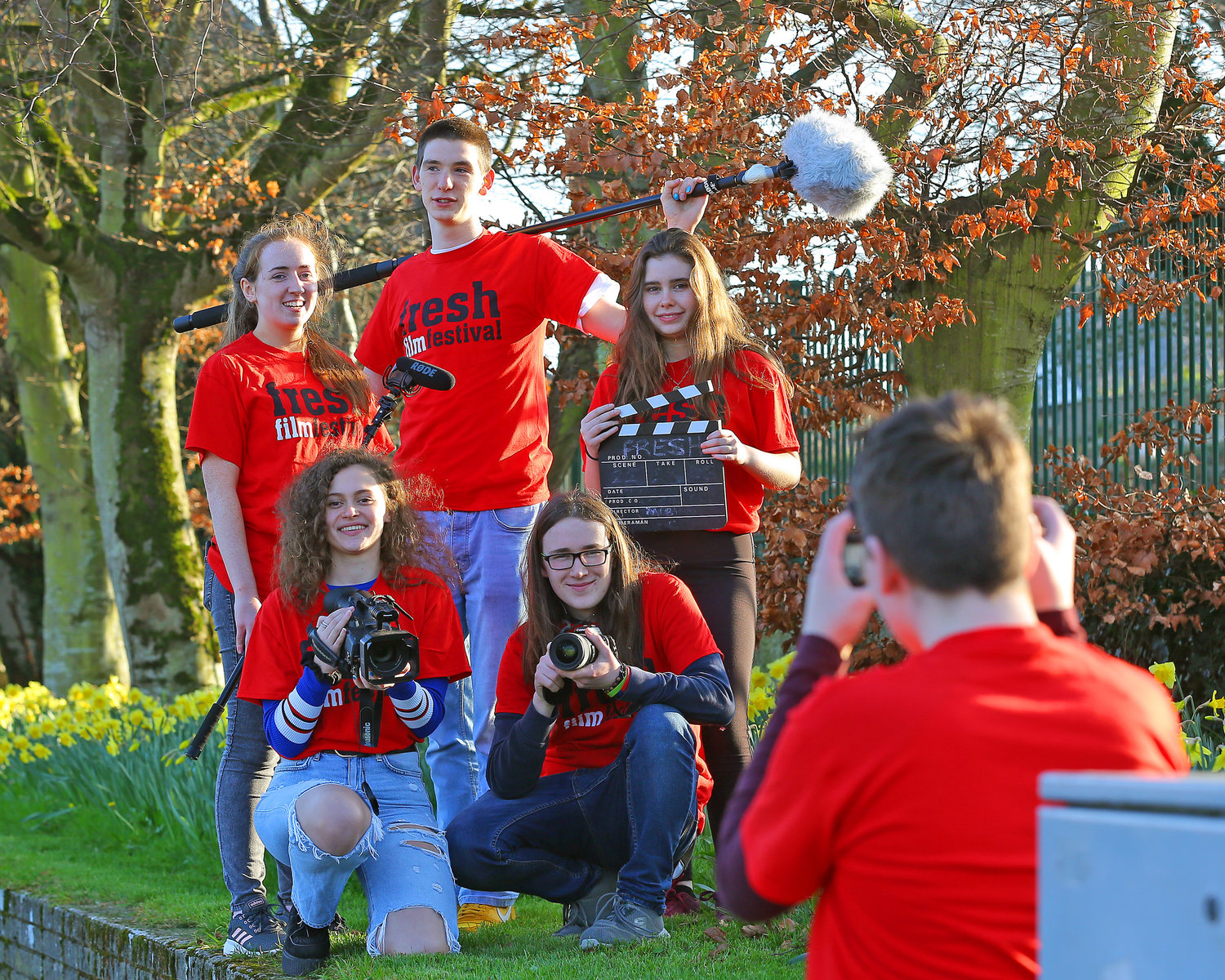 Fresh International Film Festival, incorporating Ireland’s Young Filmmaker of the Year Awards, has received over 1,700 submissions for this year’s festival and has selected films by young filmmakers to screen at heats taking place all over the country. Picture: Dermot Culhane.

Join Sophia DiBattista and Claire O’Dowd as they take a look at this week’s Local Business, Events, Sports, Arts and Entertainment news around Limerick.

Starting off this week is the Fresh International Film Festival, as it incorporates Ireland’s Young Filmmaker of the Year Awards. It has received over 1,700 submissions for this year’s festival, the highest number of submissions in the festival’s 24-year history.

The Fresh screening panel has now viewed all submissions and has selected films by young filmmakers from Munster to screen at the Limerick regional heats 2020 in the Belltable Arts Centre on Friday, March 6. The regionals heats are also taking place all this week in Leinster, Dublin, Cork, and Galway.

Films shortlisted for the final at the Limerick regional heats 2020 will be announced at the conclusion of each regional heat and will be screened at Fresh International Film Festival 2020 in Limerick from March 23 to 28 and Ireland’s Young Filmmaker of the Year Awards will be presented on March 25 and 26 during the Festival, at the Odeon, Castletroy, Limerick.

Screenings are open to the public, but space is very limited, so advance booking through the Fresh International Film Festival is essential at (061) 319555 or email [email protected]

Next up, Róisín Upton, a Limerick woman who played a pivotal role in securing a first-ever Olympics appearance for the Irish Women’s Hockey team has been named Limerick Person of the Year for 2019.

Róisín from Raheen, Limerick showed nerves of steel and ice-cool precision as she scored one of the goals in the sudden death shootout last November to see Ireland through to the finals in Tokyo this summer.

At the gala event in the Clayton Hotel in Limerick on Thursday, February 27, the monthly winners for 2019 gathered to see who would be chosen as Limerick Person of the Year.

Now in its 19th year and sponsored by The Limerick Leader, Southern Marketing Design & Media, and the Clayton Hotel, and supported by Limerick City and County Council, the Limerick Person of the Year Award was set up to honour the achievements and success of local people at home and abroad.

The next story we covered was the Civic Reception at City Hall on Friday, February 29, honouring Limerick’s Sr Phyllis Donnellan and Celia Holman Lee, for their contributions to the city.

Sr. Phyllis Donnellan, in recognition of her many years of commitment as a Little Company of Mary Sister in caring for the sick and their families and her ongoing support in providing person-focused care throughout the Midwest.

Celia Holman Lee for her contribution to the Irish Fashion Industry for over five decades, as the founder of Ireland’s longest-running modeling agency based in her beloved Limerick and to especially mark her major achievement as one of Ireland’s top fashion icons.

Mayor of Limerick City and County Council Cllr Michael Sheahan spoke about the recipients saying, “Sister Phyllis Donnellan and Celia Holman Lee’s chosen career paths hardly ever cross, yet here we have them here today at perfect headquarters in perfect company. They are so because they come here as two women who illustrate those wonderful qualities that define our Limerick city and county.”

Next up, we have The Creative Show presenting ShamStory De Real History of Limerick at the Lime Tree Theatre on Thursday and Friday, March 12 and 13 at 8 pm.

This is a special year for the show as it celebrates its tenth birthday and we are delighted that a mayoral reception is to take place at City Hall on Monday, March 2 from 15.00 – 16.30 to mark and honour this momentous achievement and collaboration between Limerick Youth Theatre and The Daughters of Charity Service (Limerick).

Every year for the past decade the two organisations have worked tirelessly to stage The Creative Show. Writing a new script from scratch, working with hundreds of singers, dancers, and actors involving school choirs, arts organisations and independent practitioners, a family-friendly variety show is staged at the Lime Tree Theatre.

The Creative Show presents ShamStory De Real History of Limerick will take place at the Lime Tree Theatre on Thursday and Friday, March 12 and 13 at 8 pm. Tickets cost €12 and concessions cost €10. You can book online at limetreetheatre.ie.

We also talked about how RTÉ has announced that The Late Late Show is hitting the road and will be broadcasting from Limerick on Friday, March 13.

‘The Late Late Show Live in Limerick’ will feature the best of Irish talent and community spirit. It will be broadcast live from the University Concert Hall on Friday, March 13 on RTÉ One.

Last on the list, we talked about The Siege of Limerick Ultimate Frisbee tournament happening on Saturday and Sunday, March 7 and 8 on the University of Limerick’s 4G Pitches, Cappavilla.