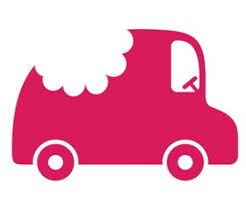 The evening will involve a reduction in numbers controlled by security, music levels to an appropriate decibel level, a vintage carnival including reduced lighting and speed, and quiet areas of the park to relax in.

All adults and children who would benefit from this evening are invited to the festival. The festival will still be open to the general public, however, numbers will be reduced in order to facilitate the event.

The long-term aim of the International Food Truck Festival sensory evening is to include sensory elements to the autism-friendly night each year going forward into the future.

The Limerick International Food Truck Festival is just around the corner and the excitement is building.  There will truly be a culinary offering like no other in Ireland this Summer.

Festival-goers will be treated to some of the most appetising, innovative, original and exotic foods imaginable with a new twist on some old classics like pizza, pasta, fries and gourmet sandwiches along with many never before seen dishes on Irish shores.

Highlights will include a Belgian artisan chocolate truck, preparing some spectacular chocolate dishes from scratch, a lobster burger truck and ones serving shark and crocodile treats with even a truck specialising in insect dishes as well as tasty dishes from Oriental, American, French, Mexican, BBQ trucks and much more.

Due to the huge level of interest from around the country, the street food village at the Limerick International Food Truck Festival will be open.

There will be a host of craft beers on show including Limerick’s Treaty City Beer, back in Ireland fresh after receiving a fantastic reception at the Brussels Food Truck Festival.

The Vintage carnival will be present within the People’s Park for the weekend, with a host of traditional fairground rides including vintage swings, merry go rounds and much more.

There will be an acoustic stage at the festival with a number of local acts performing in addition to Sit Down Werner nightly from 7 pm. An in-house DJ will maintain the festival atmosphere throughout the weekend.

Applications are now open for the street food village by logging on here.