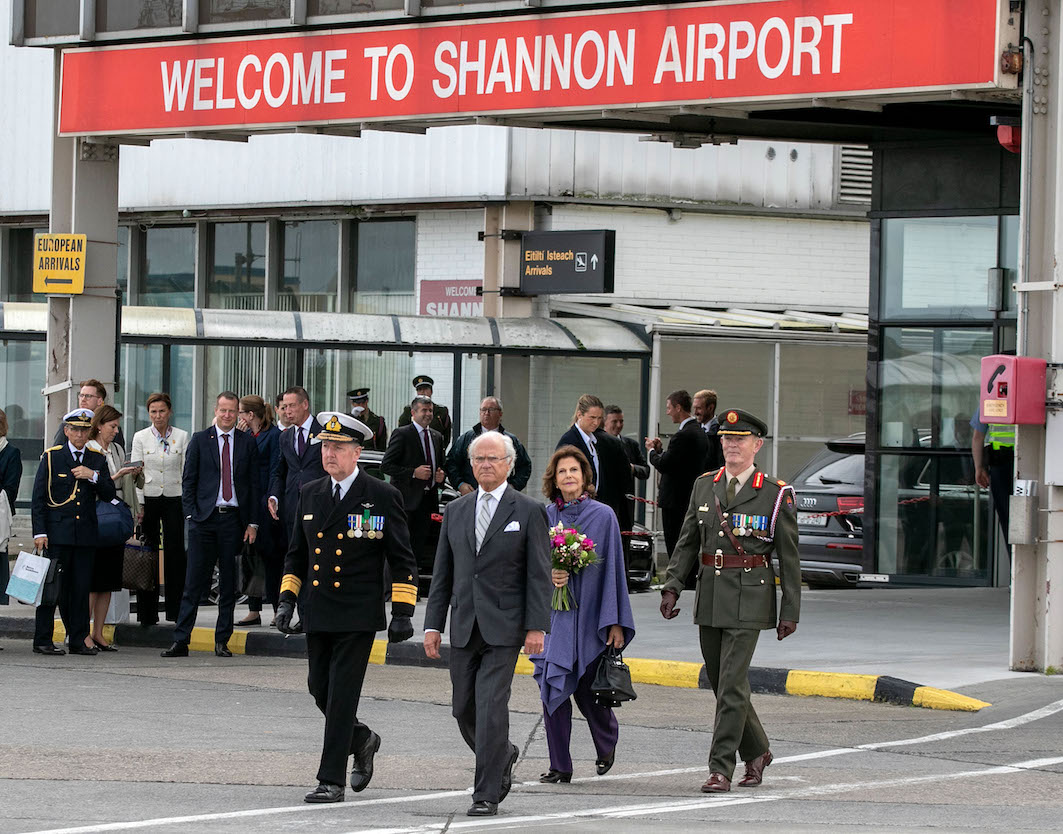 The King and Queen of Sweden have joined the list of monarchs to visit and fly through Shannon Airport, a Shannon Group company, as they completed their three-day visit to Ireland at the weekend.

King Carl XVI Gustaf and Queen Silvia are the latest royals to have flown through Shannon, adding to the likes of Prince Charles and his wife Camilla, Duchess of Cornwall in 2015, right back to the likes of Princess Grace of Monaco in the 1970s and others including King Hussein of Jordan and King Juan Carlos of Spain.

The Swedish royals began their visit on Wednesday as guests of President Michael D Higgins in Áras an Uachtaráin where they were welcomed by an Irish Air Corps fly-past and a 21-gun salute.

The couple then visited the Garden of Remembrance, where the king laid a wreath to honour all those who died for Irish freedom before they went to Croke Park, where Queen Silvia tried her hand at our native sport, hurling.

After a visit to Leinster House for afternoon tea with Taoiseach Leo Varadkar, the couple headed west.

The royal couple then made their way to Shannon Airport for their return flight home. There to greet them was Rose Hynes, Chairman of Shannon Group and Andrew Murphy, Shannon Airport Managing Director.

Ms Hynes said, “We were delighted to welcome the Swedish Royals here. They had a busy three-day programme, ending in the West of Ireland and departing from Shannon. We have a long history of welcoming dignitaries to Shannon.  We have welcomed heads of state from across the globe and this was another proud day for Shannon Group and Shannon Airport in that regard.”

Mr Murphy said,  “Shannon has, from its very origins, been a crossroads for some of the world’s most famous people, from all US presidents since John F. Kennedy to stars of stage, screen and sport and, of course, royalty.  That’s one of the many privileges we have here at this special airport and it was our pleasure to welcome and spend time with the Swedish Royals.  We look forward to adding their photo to our airport photo gallery in our transit lounge.

For more information on the Shannon Group, click here

For more stories on the Shannon Group, click here