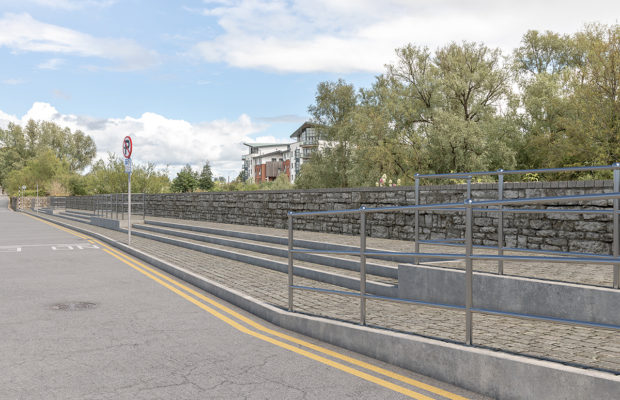 Kings Island Flood Relief Scheme: Pictured above is the after photo of the scheme once the project is carried out. An information night will be held at the end of this month.

A public information event will be held for the King Island Flood Relief Scheme on Thursday, August 29 to give updates about recent plans for the scheme.

A number of updates have been added to the scheme after consultation with numerous businesses, residents and the local community. These include the contouring of the proposed embankment with a new circular walkaway and the creation of walkways linking St Mary’s and the Park itself. Other updates include the retention of the outer walkway and the mature trees along the Abbey River and also the relocation of pitches and development of the new pitches for the Star Rovers. 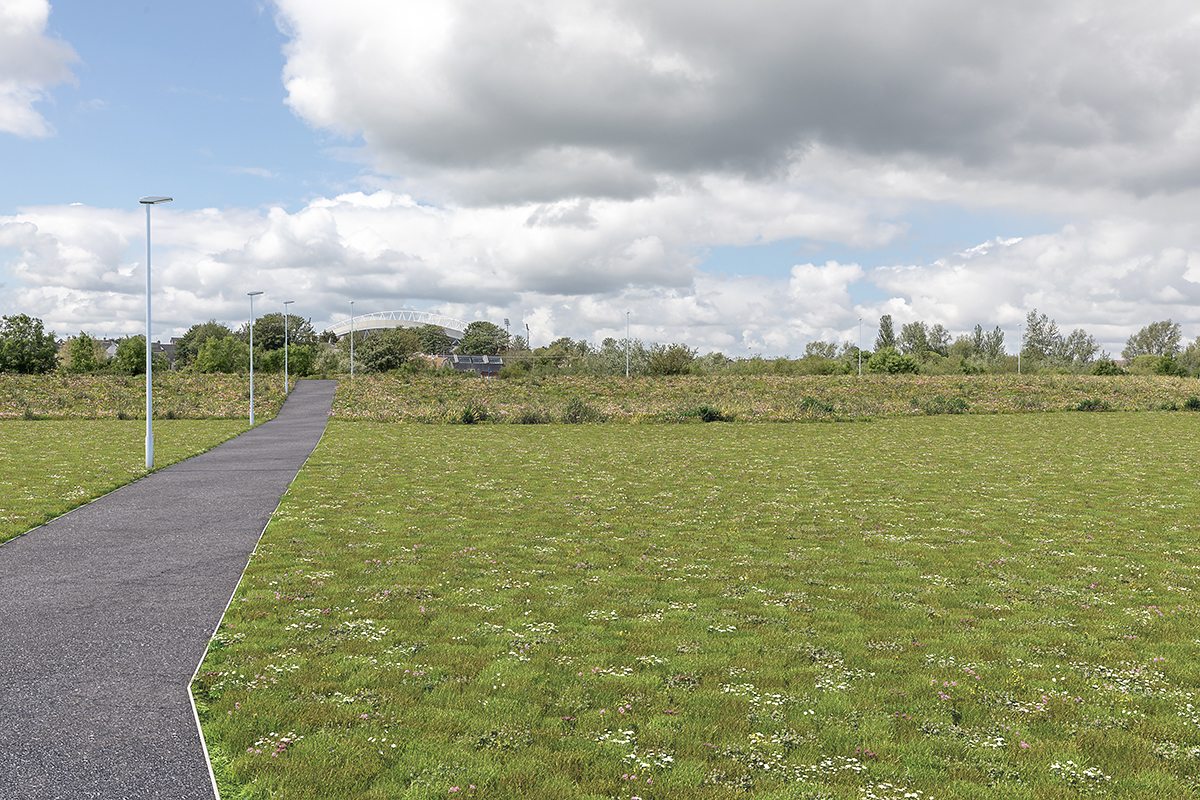 Pictured is the before photo of the Kings Island Flood Relief Scheme.

The updated King’s Island Flood Relief Scheme is a multi-million euro project which has been developed following extensive hydraulic, ecological and geotechnical analysis.

When the scheme is completed the entire Island will benefit from a 1 in 200 year standard of protection which is the height in excess of the 2014 flood.

In addition, as far as possible, the scheme will be designed to be adaptable to climate change, and in particular the potential impacts of rises in sea levels.

This session will give locals and other stakeholders a look at the plans before they are lodged for planning and provide feedback to the public on aspects of the scheme.

King’s Island lies in the heart of Limerick City and is surrounded by the waters of the River Shannon and the Abbey River. Both rivers are tidal at this location and the island is susceptible to both coastal and fluvial flood risk.  Very significant flooding occurred in spring 2014 when the existing defences failed locally, both overtopping and through a breach, allowing floodwaters onto the Island and surrounding areas.

Major improvements to the flood defences are required to try to prevent re-occurrences of such flood events. With this in mind, Limerick City and County Council have appointed the Arup JBA team to assess, develop and design a viable, cost-effective and sustainable flood relief scheme which aims to minimise risk to the existing community, social amenity, environment and landscape character.

An application to An Bord Pleanála is expected to be made in the coming months.