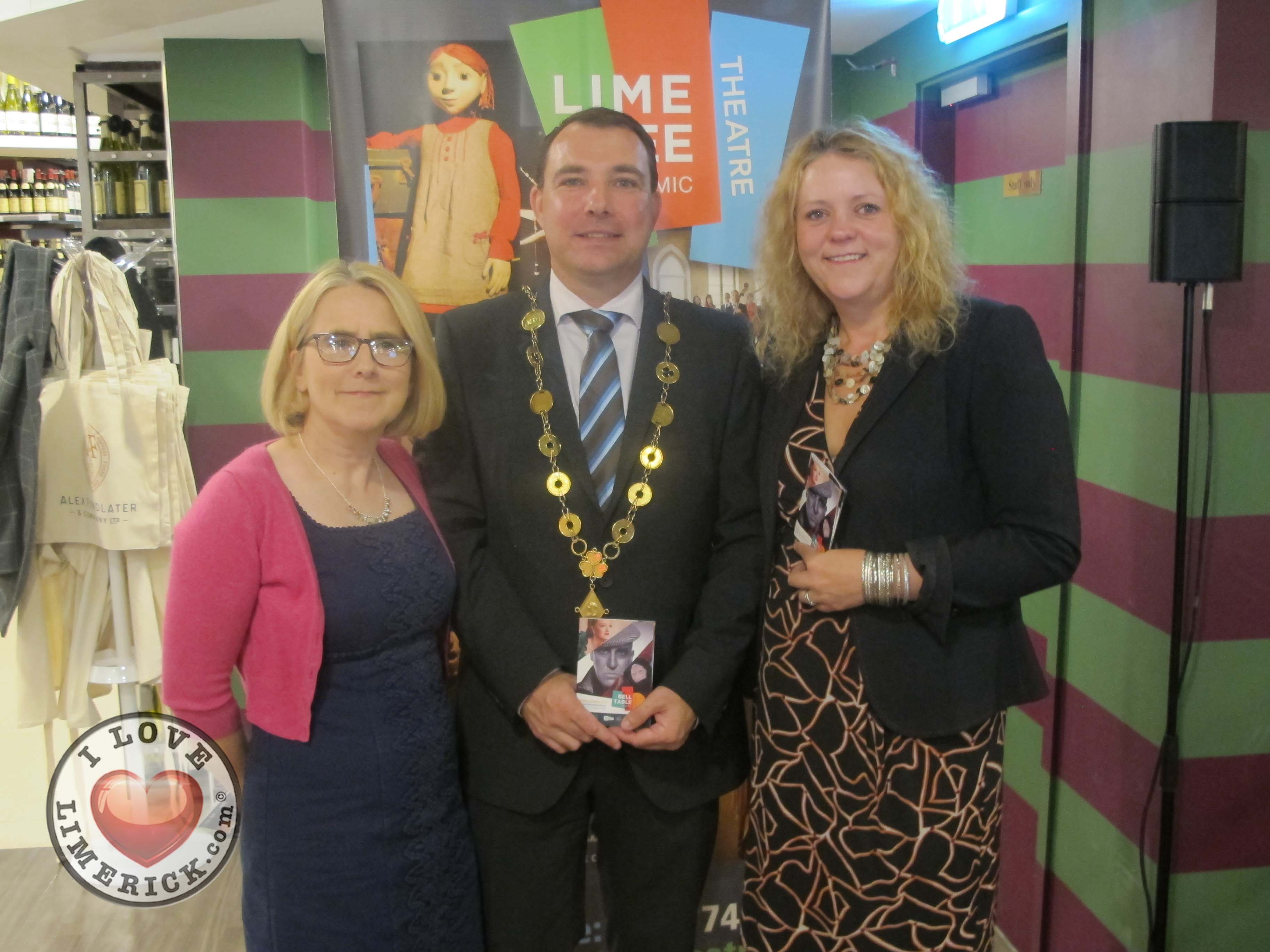 New autumn and winter season programmes of the Lime Tree Theatre and the Belltable are launched on September 3 at Alex & Findlaters restaurant.

Mayor of the City and County of Limerick Cllr. James Collins attended the event and delivered congratulations to the achievements by the art venues in recent years.

Mayor James Collins said: “It is really great to see a lot of national shows, as last year’s Abbey Theatre production Jimmy’s Hall coming to the Lime Tree. It marks the Lime Tree Theatre out as many art products coming to Limerick to bring us to another level.”

The Lime Tree Theatre is a state-of-the-art 510 seat theatre, situated on the campus of Mary Immaculate College in Limerick city centre. Officially opened in October 2012, the venue hosts a wide range of performances, including theatre, music, comedy, traditional arts, schools’ performances and conferences. As a large scale theatre, it is a significant organisation within the national cultural infrastructure and, most especially to the cultural, social and economic life of Limerick and the mid-west.

The Lime Tree Theatre is situated on the rapidly expanding campus of Mary Immaculate College which offers a wide range of programmes in Education and the Liberal Arts at both undergraduate and postgraduate level. Currently, over 3,000 students are engaged in studies here.

Belltable is Limerick’s premier city centre venue. Established in 1989, it is the oldest regional arts centre in Ireland. In April 2016, the venue was relaunched under the management of Lime Tree Theatre.

Both of the venues present a wide range of performances. “We are hoping that the Lime Tree Theatre and Belltable are open as successful as possible to all of our audience and artists,” said Director Donlon.

“ It is a clear statement that Limerick is part of the key venues around the country for national and international performances,” she added.