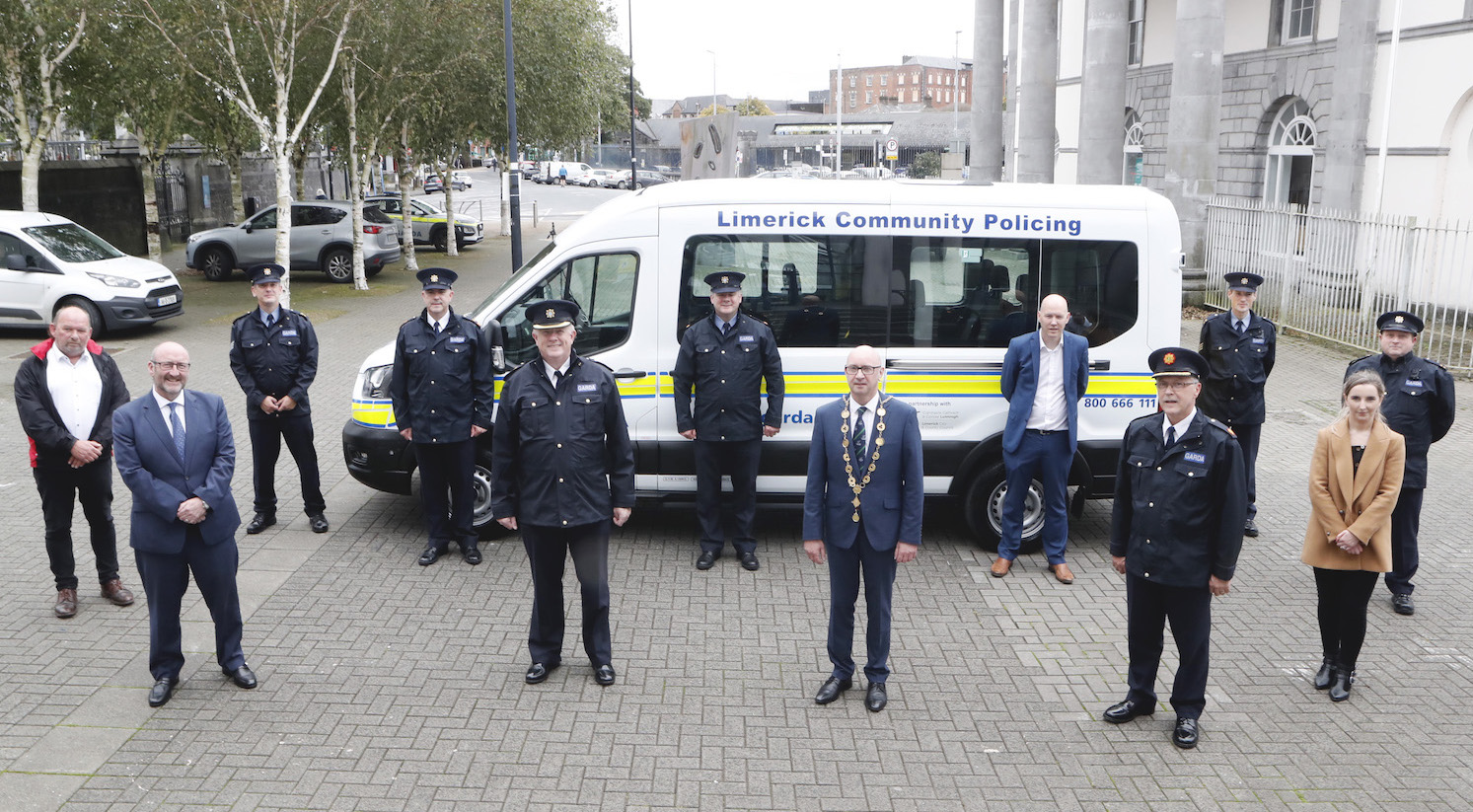 Mayor @cllrmcollins along with Garda Chief Superintendent Gerard Roche and @LimerickCouncil Chief Executive Pat Daly among others on hand for delivery of new Community Bus for use by groups and clubs across #Limerick pic.twitter.com/wFiTNai2TI

Limerick City and County Council in partnership with An Garda Síochána have taken delivery of a new 15 seater community bus that will serve all sections of the community across the Limerick garda division.

The new mini Limerick Community Garda Bus has been jointly funded by Limerick City and County Council and An Garda Síochána and will allow Gardaí to engage directly with local community groups.

This Limerick Community Garda Bus free service will see a Garda driver bringing groups to and from outings and functions.

The minibus will be part of the Garda Fleet and become a Garda vehicle. On-going operational costs will come from the Garda budget, while at all times the vehicle will be driven by a Garda member.

Details on how to book the bus will be issued from the Community Policing Co-ordination Office in Limerick to all relevant community groups in near future.

Mayor of the City and County of Limerick Cllr Michael Collins said: “We are delighted to work with the Gardaí to provide this new bus for the benefit of communities across the city and county of Limerick. The new bus will allow communities and individuals at risk of isolation become more connected with their greater community areas, providing a safe and much needed support for young and old.”

Speaking at the launch of the bus at Merchant’s Quay, Chief Superintendent Gerard Roche said: “I am delighted that An Garda Síochána will soon be able to provide this service to the local community in Limerick. Schools, elderly groups, youth clubs and sports clubs are just some of the groups that will benefit. Providing this service will give us a great opportunity to enhance our existing strong links within the community. I would like to thank Limerick City and County Council for their support throughout.”

Dr Pat Daly, Chief Executive of Limerick City and County Council said: “This project will deliver on fostering a culture of social inclusion and the creation of a worthwhile project of civic and community value in both the City and the County. The project shows the value of working collaboratively and once again highlights the close working relationship between the Council and the Gardaí for the betterment of the community as a whole.”

This initiative is an example of the close and ongoing working relationship between Limerick City and County Council and An Garda Síochána #LKWorkingTogether.

For more info on An Garda Síochána go HERE

Related Topics:gardaLimerick City and County Council
Up Next