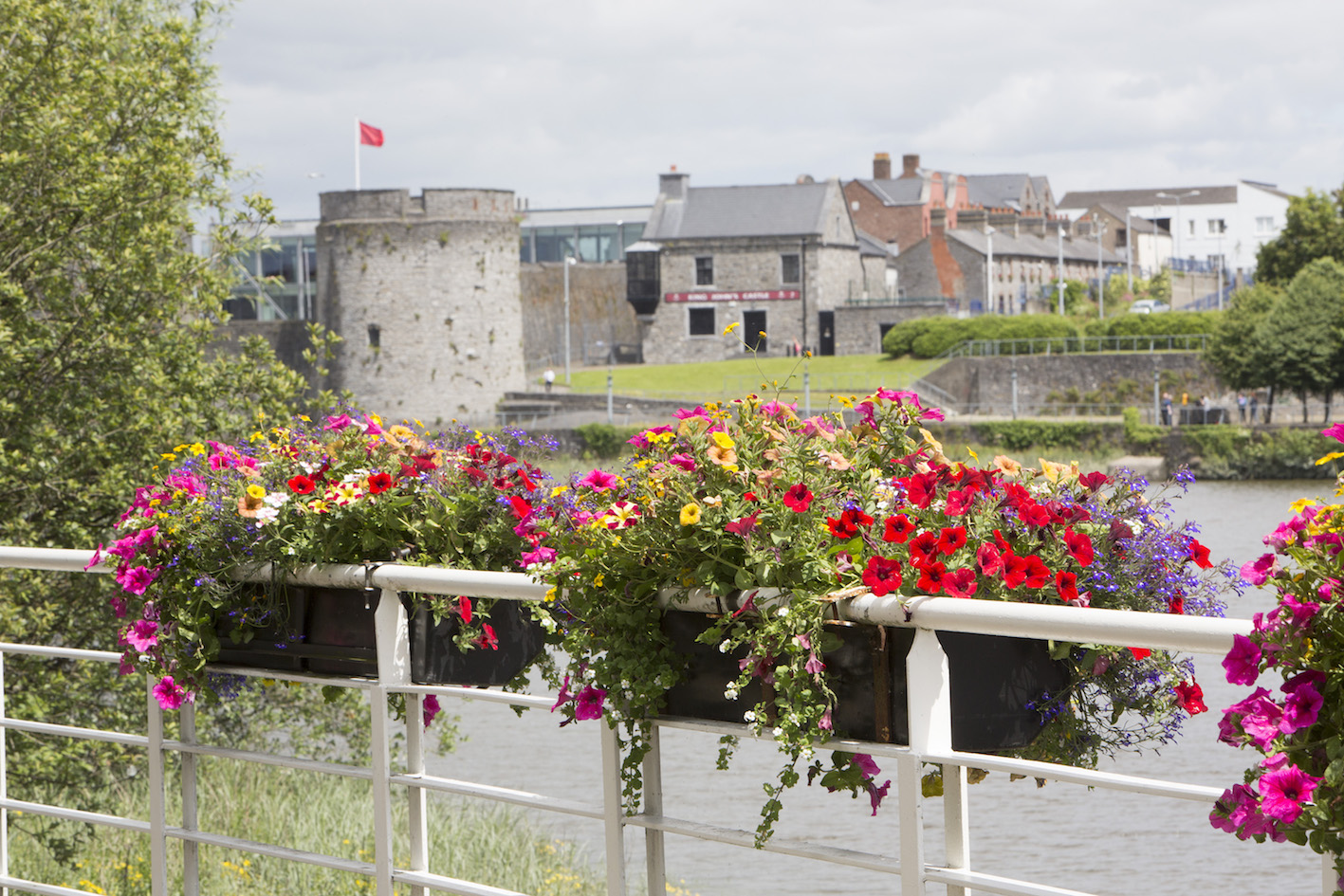 This year’s glorious summer weather has led to Limerick City and County Council’s Parks Department being inundated with positive comments about the city’s stunning floral displays which are blooming thanks to warm temperatures and blue skies.

The council’s Parks Department said it is receiving ‘daily positive feedback’ from the general public and visitors alike who are commenting about how the pretty displays are adding a natural splash of colour to the streetscape, the bridges and in public parks.

Flowers are blooming in hanging baskets, tiers along the streets, in containers and flower beds on some of the major roundabouts approaching Limerick city, boxes on city streets as well landmark locations such as the O’Connell Monument, Pery Square, the People’s Park, and O’Brien’s Park Clare Street.

Mayor of the City and County of Limerick Cllr James Collins said: “the floral displays are helping to create a welcoming and attractive city centre. People often comment to me about how pretty Limerick is and these displays make the city look really stunning.”

“I want to pay tribute to the Parks Department who have really worked very hard to make Limerick look so well this summer as well as undertaking an extensive grass cutting programme, over 330 acres of greens in parks, open space and estates as well as tree planting and pruning. Remember the Parks staff are also there to offer support and advice to community groups and resident associations with any advice on horticultural issues and projects. Entry to all Limerick city parks is free and l would encourage all locals and visitors to use them even it’s only for a short stroll during these summer months or a walk around Limerick’s bridges and view these truly beautiful displays.”

Michael Sheehan, Parks Superintendent, Limerick City and County Council said this has been “a tremendous year” for the thousands of bedding plants in public parks, the streetscape and the displays on eight of Limerick’s bridges.

“Some new flower varieties have been added which are increasingly being used to improve biodiversity. We are proud of the visual enhancement of Limerick city through the Bridges in Bloom project over the last few years and new varieties of Lobelia, Bidens and Begonias have been planted which have proven very successful. The Shannon Bridge, Cratloe Road and Corbally Roundabouts have been planted with new colourful bedding also. These range from summer bedding in our parks to the flower tiers in the city centre which have added colour and vibrancy to the public realm. It has been a challenging year maintaining all the displays during drought conditions but our staff have done really wonderful work ensuring they continue growing for this season.”

For more stories on The Park’s Department go here.