Limerick Musician Aaron Hackett opens up about new music, his inspirations and the Limerick music scene

By Richard Lynch on December 13, 2019@richanthon 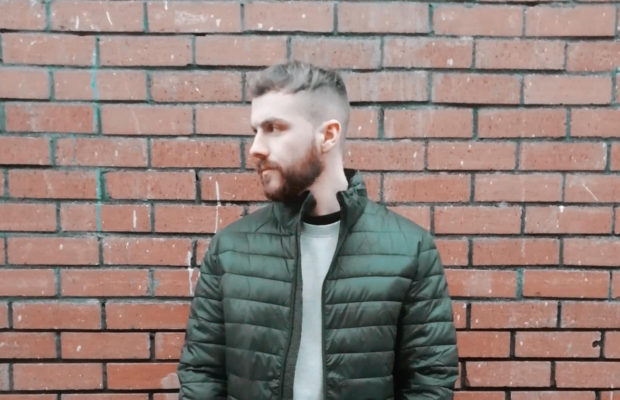 Limerick Musician Aaron Hackett opens up about new music, his inspirations, and the Limerick music scene

Dooradoyle local and rising musician Aaron Hackett has just released his new single ‘Settle’ and plans to release a new single every month in the new year, as part of his second album. He talked to I Love Limerick about his upcoming second album and the journey it has been to get there.

His second album will be titled ‘a long time coming, a long time felt, always in my head’, and he has already released two singles to be a part of this album, ‘Love’ and ‘Settle’.

Aaron released his successful first album ‘Tides’ back in 2017. This album moves from feelings of confusion, desperation, and desire to realization, confession, and closure.

He confessed that in his first album, he was “singing for other people and about other people a lot”. He says that compared to when he started, he is a lot more honest in his music about his emotions, and now writes based on his own experiences.

My new music video just dropped, give it a look! https://t.co/EAHwLC3e9e

He said, “If I compare my current music with the music I was making when I was fifteen, I think I’m a lot more honest and expressive with my emotions and experiences; I write all of my music based around the things that are going on in my own life now”.

Aaron has been writing original songs since he was as young as ten but admits he needed a few years to truly find his artistic identity. After recording some EP’s and singles with Limerick producers, he is now producing his music himself, using the studio in his room.

When speaking about his many different yet iconic influences, it is clear that he as an eclectic taste in music and that this has determined his own music style. His favorite artists range from Lana Del Ray and Frank Ocean to Bob Dylan and Leonard Cohen, with each artist playing a major influence in his music.

He said, “I usually just put my music into the Alternative genre if anyone asks, but I think it really varies song-to-song; some are more pop, some are more indie, I have a lot of different influences. I think artists like those inspire my more story-like songs.”

He wrote his new single ‘Settle’ while living in Amsterdam, and he says the song was inspired by his move there and living in a new atmosphere.

He said, “A big change like that can be daunting, and the lyrics are kind of a consolation, that I had been waiting for something new and exciting in my life, so “I know I’ll feel better when I’m settled”.

Aaron has been on the music Limerick scene for the past few years, performing gigs around the area and recordings with 061. With the immense range of musicians in Limerick, Aaron hopes to possible do a collaboration in the future. He also talked about the difficulty of getting noticed in Ireland, and in particular Limerick, and the struggle to succeed.

He said, “I find it quite difficult; it seems like you’ve almost got to be on the brink of fame right now before record labels will jump in, so it’s quite difficult. Limerick is quite small, so it definitely is quite hard to get recognition.”

Aaron Hackett plans to have his second album fully released some time next year. Aaron says that he only sees making music in his future, and with the immense talent and success he has achieved in a few short years, there is no doubt that we will hear more music from Aaron Hackett.

“I’d like to have a career out of my music, I’d like for it to be my job, and to make a living from it. I don’t know what else would make me as happy.”

‘Settle’ is now available on iTunes and Spotify and the music video is available to watch on YouTube.

For more information and to listen on iTunes visit