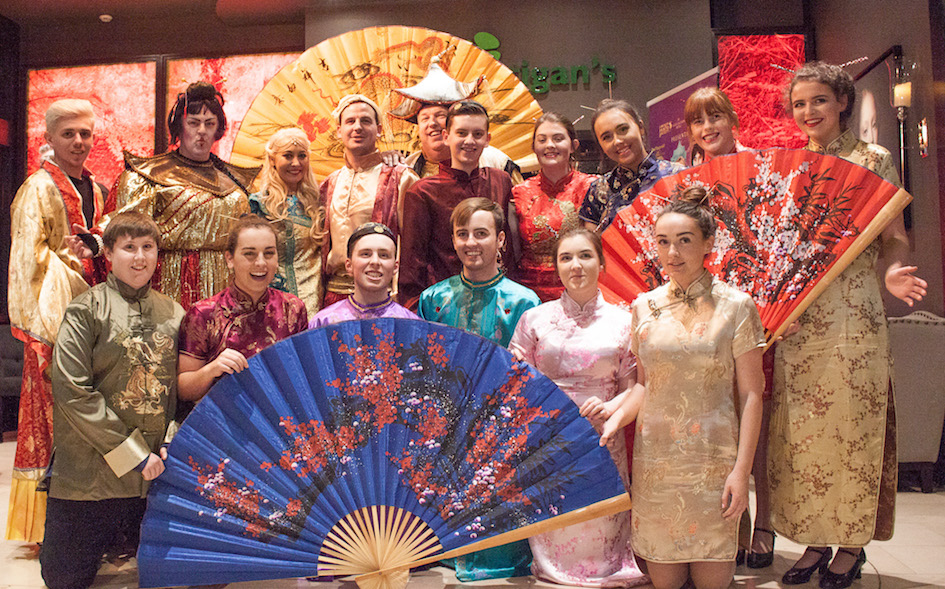 The Cast of the Limerick Panto Society Aladdin production are excited to give you a performance not to be missed starting this December.

Limerick Panto Society was founded in 1985 with the purpose of creating and keeping Panto tradition alive in Limerick. The group is busy preparing for this year’s production Aladdin, which will be staged, at the Lime Tree Theatre from December 28th, 2017 to January 7th, 2018.

This year the Society lost one of its founder members, John Finn – John penned the original script for Aladdin. John was a warm and generous man and many tributes have been paid to him since his sad passing. The Panto Society are devastated by his loss and while it is a difficult time for all – John would say “The Show must go on”. John was a man of many talents – he wrote the script, painted the set, drove the truck, made the teas and coffees and of course he starred in nearly all of the society’s previous productions. He has left a huge vacuum in the local theatrical scene but in particular in the Panto Family. Limerick Panto Society dedicates this year’s production to his memory and assures his family that they will continue to build on his fantastic legacy. 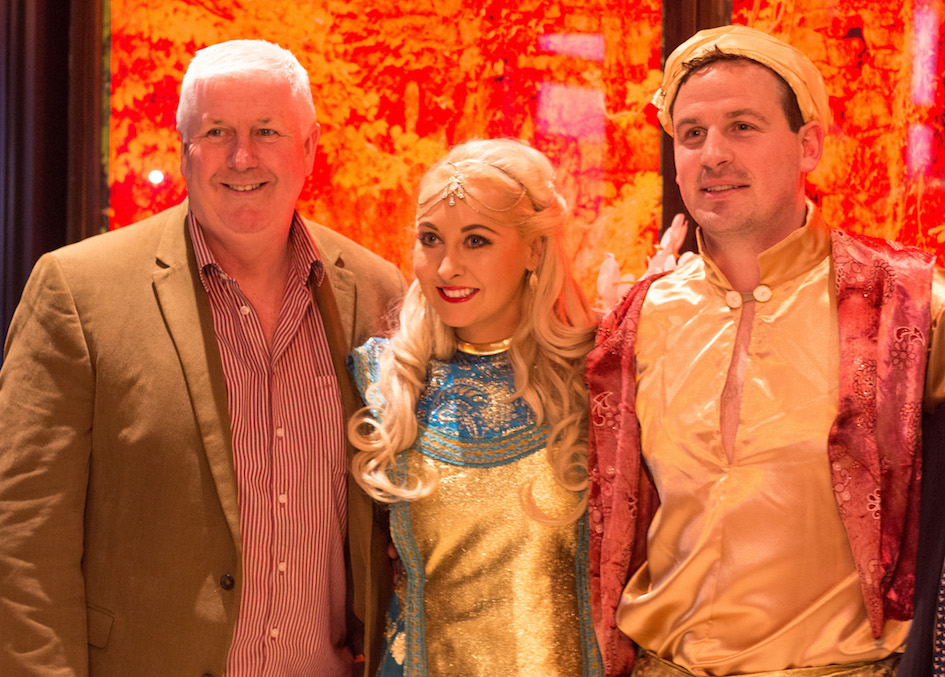 This season’s offering will be the society’s 33rd annual production having commenced in January 1986 with Cinderella. Tim Cusack will again play the Dame and this year his character is the most famous of all Panto characters “The Widow Twankey”. Tim promises to enthrall both young and old with his comic antics in what promises to be an outstanding production.

Emma O’Driscoll is the very special guest star – Emma needs no introduction to Panto patrons and has appeared many times with the Society. Emma has worked as a presenter on Children’s TV for RTE. Emma is currently involved in many varied projects and runs a successful Limerick based stage school GemStars. The Society is delighted to announce that Emma will play the role of Princess Sukiyaki in this year’s much-anticipated production.

Panto newcomer Jason Ronan – Jason is widely known in local amateur dramatic circles and has worked with many societies and groups in the area will play the title role of Aladdin. He is currently Chairman of the Cecilian Musical Society and is looking forward to this year’s panto adventure. The story will, as usual, contain many surprises and promises with many a twist and turn along the way. Stuart Mackey, a talented young actor, will take to the boards as the evil Abanazer.

Paul Fitzgerald, otherwise known as “Street- Boy” makes a second appearance with the Society. Paul is well known for his slot on the Limerick’s Live 95FM Radio Breakfast Show. Paul plays the part of the extrovert Genie of the Lamp – typecasting at its best.

The society is delighted to announce that this year’s show will once again be in association with the Crescent Shopping Centre. The Crescent has always supported the group and the Traders Association will be the main sponsors of the production this year. The society has also secured Corporate Sponsors Mr. Binman, Limerick City Hotel, McGettigans and Quirke Shaw Cleaning Supplies and indeed the group are delighted and grateful to all their sponsors, patrons and supporters.

The Panto Society has had the support of local stage and dance schools all through the years. Performing the children’s chorus in Aladdin will be Spotlight Stage School under the direction of Judy O’Connor and Margaret Hough and Expressive Arts under the direction of Pearl Kiely. It is wonderful to see the talent being produced by all these hard-working stage schools.

Panto veteran Damian Shaw will play Empress Hitachi and Damien as always will bring his unique sense of comedy to the role – the society welcomes back Vinny Ryan as Emperor Confucius. Panto stalwart Keith McGuane is back this time as Inspector Gadget with his sidekick Garda Toyota played by Cian O’Donnell and Daniel Beck. Peter O’Brien and Shane O’Carroll will play Captain Man and Eoghan Cantillon and Jake Madigan will play Henry Danger

The Ladies in Waiting with the interesting names of Mitsi, Chop Suey and Noodles will be played by the following on a shared basis Rachel Hunt, Yasmin McGarvey, Aoifa Hennessy, Saorla Fenton, Aoifa Gleeson and Amy Brislane. The Genie of the Bottle will be played by Shawna O’Halloran and Ronan Mitchell

The Limerick Panto Society Aladdin Panto will include many contemporary songs from the charts and hit shows and promises something for all tastes. Dance direction of the Limerick Panto Chorus is in the capable hands of Carol Cusack – the Choreographer is Lisa Hogan and she is ably assisted by Jake Madigan. Morgan Roughan is the Chorus Master with Musical Direction in the hands of Michael Hinchy. The Society boasts a chorus of over 50 talented performers who will perform a number of fantastic chorus numbers accompanied by a live orchestra – all being performed live on stage. Sandra Finn is Wardrobe Mistress ably assisted by Imelda Cusack.

Tony Cusack who has vast experience in the Light Entertainment field will lead the production team for Aladdin. Tony has assembled a talented and experienced group to ensure that this year’s production will maintain the standards of past performances. Damian O’Brien will be the Stage Manager while Malachy Cusack and John Corr will be looking after Production Management for this show. Mike O’Brien is the Lighting Director of the Production.

The Group Leader this year is Graine McCarthy and this year’s Panto experience at the Lime Tree Theatre with all your friends in the Limerick Panto Society promises fabulous Entertainment for all the Family. The setting in the Lime Tree Theatre is fantastic and for many children, this is their first visit to this magnificent arena. We are very fortunate in Limerick to have such a splendid venue and all in the Limerick Panto Society are looking forward to this season’s production of Aladdin.

Damian Shaw and his Marketing Team led by Imelda Cusack, Dympna O’Kelly, and Dianne Hickey have already secured some corporate, school, girl guide, scout and group bookings so please book early to avoid disappointment. Group Bookings are available with tickets from as little as €15 and booking is open at the Lime Tree Theatre. For tickets: https://www.limetreetheatre.ie/

Dates for this year’s Limerick Panto Society Aladdin are as follows:

To find out more about the Lime Tree Theatre click here