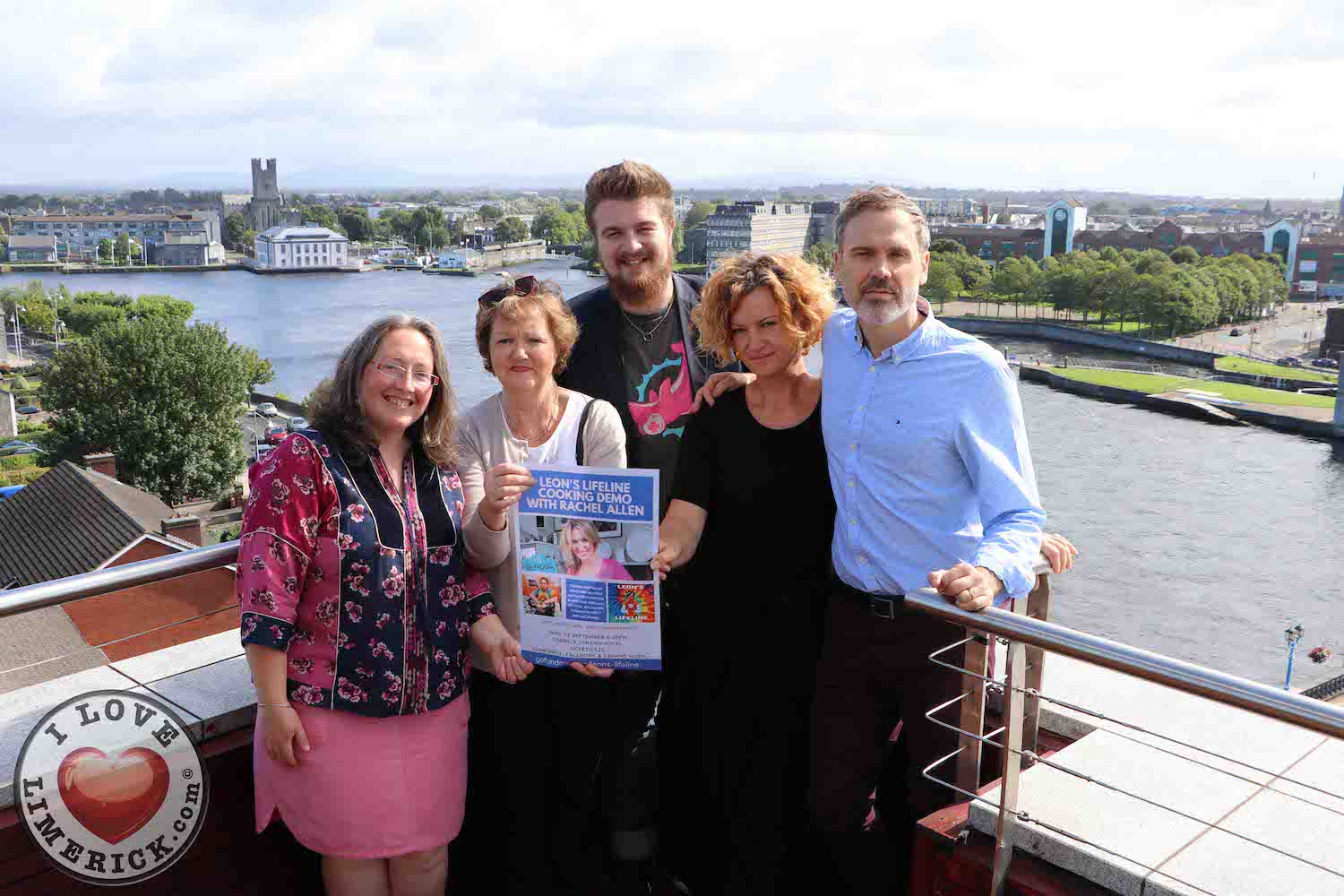 Discussed in the opening episode of I Love Limerick’s Podcast show, were the recent events that took place in Limerick last week, such as the launch of the Lime Tree and Belltable Autumn season. Louise Donlon, director of Lime Tree and Belltable theatres, along with Marketa Dowling, programme manager of Belltable, spoke to three companies at the launch about upcoming events. They talked to the Cecilian Musical Society, who are this year marking their 100th anniversary and are choosing to celebrate with a blockbuster production of Chitty Chitty Bang Bang.

They also talked to Myles Breen about his upcoming show “A Wilde Fan” and to the Fidget Feet company about upcoming shows.

Also talked about was singer/songwriter Pierce Turner has announced that he will play a one-off Limerick gig in the intimate surroundings of Tait House in Southill on September 13. Having recently performed as a special guest at the Frank McCourt Summer School in New York City, Pierce Turner’s Limerick gig will be one of a limited series of Irish dates.

Another topic that was discussed was Dr Mary Ryan, Consultant Endocrinologist at the Bons Secours Hospital will encourage women in business to value themselves more and avoid exhaustion at Network Ireland Limerick’s next event taking place on September 18 at the Clayton Hotel, Limerick.

According to Dr Ryan, women need to be empowered more and encouraged to slow down long enough to understand their own needs and build a more respectful relationship with themselves and others to prevent stress and burnout.

The event is wednesday the 18th of september and starts @ 6pm with informal networking and refreshments. It is FREE for Network Ireland Limerick members and only €20 for non-members.

Also talked about was the Liverpool Legends Vs. Aisling Annacotty soccer match will be taking place Saturday the 7,  and the Wild Youth that is confirmed to play Live at the Big Top at Limerick’s Milk Market on December 6.

Another important topic of discussion was the campaign Leon’s Lifeline. Leon was diagnosed at the age of 18 and since then, his condition has worsened dramatically. He will have to go to Russia to receive possibly life-saving treatment that is not available in Ireland. The cost of this specialized stem cell therapy is €70,000 and with Leon almost exceeding the health bracket to receive the treatment, time is running out.

Limerick City Community Radio is putting on a 12-hour online radio ‘telethon’ on Monday, September 9 from 8 am to 8 pm, to help raise vital funds for Leon O’Connor, a 22-year-old Limerick animation student suffering from Multiple Sclerosis.

The idea came to Mike, an Old Cork road man, who MS strikes a chord with as his wife Beverly suffers from the same condition. While brainstorming on what they could do to help Leon, they came up with a radio ‘telethon’.

They aim to help raise funds for the cause and also raise awareness of the distress caused to people who are suffering from MS. There will be prominent personalities from the region coming in to chat with the studio, as well as some MS patients and professionals in that field to chat to various hosts.

The radio ‘telethon’ can so far only be streamed online, through Limerick City Community Radio’s website. They are seeking a FM licence from the Broadcasting Authority of Ireland before the event starts.

Also discussed in the podcast were other news stories in Limerick, such as Christina Alcazar Deverell (Miss Limerick 101), Ciara O’Halloran (Miss Limerick) and Emma Austin (Miss Clare). who have launched their upcoming fundraiser event “Cheers and Chats for Charity” for the children’s non-profit charity “Variety”.

Another topic discussed was that the older people writers will again have the opportunity to join a 6-week new writing workshop offered by Limerick Writers’ Centre in conjunction with the poet Ron Carey starting this Saturday, September 7 in Limerick.

Listen to our podcast on sSpotify by clicking here

Wild Youth to play Limerick’s Live at the Big Top