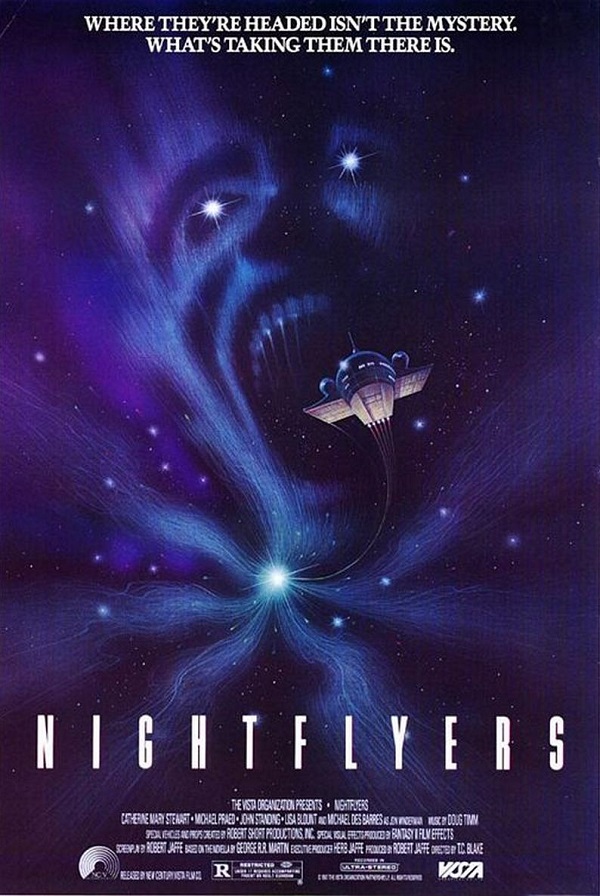 HUNDREDS of jobs available as extras in Limerick Troy Studios recruitment in the coming months in a closely guarded film production to recruit for an unnamed production.

Speculation has surfaced about the call for film extras by one of the country’s top casting agencies is for the production of the 1980 novel, ‘Nightflyers’ by Game of Thrones author, George RR Martin at Limerick Troy Studios. Nightflyers’ marks an achievement for the Irish industry, as the 350,000 square foot Troy Studios in Limerick opens its doors to an international production for the first time. In the Jeff Buhler-penned series it said “The story follows eight maverick scientists and a powerful telepath who embark on an expedition to the edge of our solar system in the hopes of contacting alien life. They travel aboard The Nightflyer – a ship with a small tightknit crew and a reclusive captain. But when terrifying and violent events begin to take place they start to question each other, and surviving the journey proves harder than anyone thought.”

However, According to Peter Dalton, of MovieExtras.ie, told the Limerick Post that the casting company is making no comment on what the production is. “It’s confidential right now but we can say that anyone who is interested in the magic of movies and how they are made will have a chance to get involved and learn a lot about how it’s done and get paid for it. We’re not looking for actors – we’ll provide all the training necessary, ” he told the Limerick Post last week. Even with little information on the Limerick Troy Studios recruitment, this opportunity still sounds gripping.

Peter told the Limerick Post “There’s no specific number on how many people are needed, but it will be hundreds – the more the merrier.” Limerick Troy Studios recruitment will start this week with costume fitting and casting will follow swiftly into the summer months.

When Peter spoke to the Limerick Post he mentioned: “Over the coming months, there will be loads of extra days on the set of this confidential Production and we’re looking to cast local people in all roles.” He continued, saying “We are casting for people of all ages, shapes, sizes, looks and nationalities and all roles are paid”,“It would definitely be advantageous to have good availability over the coming months as some roles will be ongoing throughout the term of production up until the summer,” Peter continued to tell the Limerick Post. MovieExtras are based in Ardmore Studios, County Wicklow. They have played a big role in castings for many popular TV shows such as Vikings, Fair City and Red Rock.

For the chance to apply for the incredible opportunity, Limerick Troy Studios recruitment their website HERE