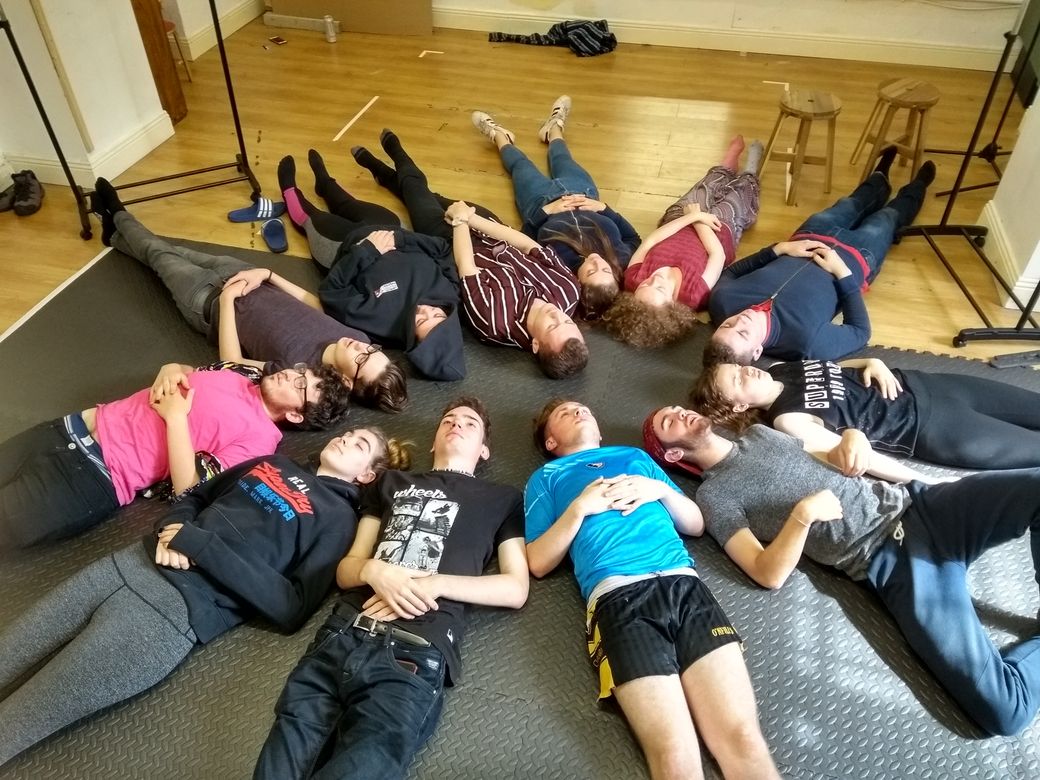 Limerick Youth Theatres Coriolanus – LYT youths at rehearsals for their production of Coriolanus which will be LYT’s twenty-first production and will take place at the Belltable.

Thanks to the financial support from the Arts Council under the YES (Young Ensemble Scheme), this year’s summer show ‘Coriolanus’written by Shakespeare and adapted and directed for the stage by Tara Doolan will continue to celebrate the very best of Limerick Youth Theatre at Belltable from 16 – 18 August 2018.

Tara Doolan, director of this year’s show says; ‘I am delighted to get this opportunity to direct for LYT having worked with the company in the past as a production and stage manager.

My expectations have been surpassed by the wonderful cast and team I have had the pleasure of working with this summer. The actors have tackled one of the most complicated Shakespearean plays like professionals. They have been working hard, learning new skills and growing as performers every day.’

Tara added; ‘Greed and public impression are at the core of Coriolanus whether, for political, social or monetary gain, the characters manipulate the public and each other without a second thought. This adaptation brings Coriolanus to a contemporary setting while keeping the traditional language and tropes of Shakespearean style. The designers on the show have created a spectacular, technically complicated and versatile design, which will support the style in which we are telling the story with our talented actors, helping us to create a distinct identity as we journey through the story of what becomes of Coriolanus.

3-D architectural models will create a virtual environment that can replicate the stage plot, elevations and sections of the original script. The young actors will be introduced to the complexity of the text as well of the functionality of digital video and interactive video mapped sets.’

LYT Artistic Director, Angie Smalis said; Limerick Youth Theatres Coriolanus marks the twenty-first summer show and continues to maintain a high level of engagement through the art of theatre-making. Tara Doolan is driving the project, as director, with a team of professional practitioners overlooking, designing and mentoring the young actors who carry the complexity of the text, enhanced by an interactive video mapped set. The play is a feast for the senses and very familiar with concerns, desires, cravings, motivations and struggles young adults are faced with today.’

There will be three performances of Coriolanus at Belltable from 16 – 18 August 2018.

Related Topics:limerick youth theatre
Up Next