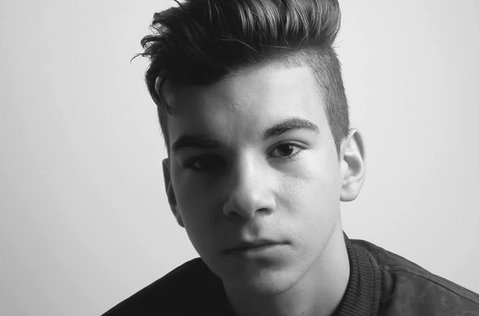 Seventeen-year-old Limerick YouTuber VladTeeVee (Vlad Mare) has recently hit one million subscribers on YouTube. On November 5th he hit the million subscriber milestone and has since amassed over 49,000 more subscribers since then. He also received the YouTube golden play button to signify this impressive milestone.

He was born in 1999 in the historic region of Transylvania, Romania and from a very young age moved to Limerick, Ireland. Starting his channel in July 2015 he has become primarily known for his reaction style videos which center around his reaction and commentary on content such as music videos, “Try Not to Laugh” challenges and various other types of compilations and content. His first video was titled “Try Not to Laugh Challenge Reaction!” and his most popular video to date is his “Don’t Judge Challenge Compilation Reaction” has accumulated over 4.5 million views.

His channel started rapidly growing around June of this year and he posts approximately two videos a week, managing the challenging balance between his sixth year in Salesian Secondary College, Pallaskenry and his YouTube career.

The comments on his YouTube channel are primarily positive, and negative comments are few and far between which is indicative of a dedicated and supportive fanbase and he has expressed on social media his appreciation for his viewers. After reaching 1 million subscribers he tweeted “This was the best night of my life by far and it’s all thanks to you guys, I don’t usually cry but……yeah good night!!”

During this month Vlad got the opportunity to travel to Amsterdam and record a Christmas song titled: “Christmas Without You” with a group of 25 other popular individuals in a grouping named “Hello Christmas”. The group hopes that the song will reach the UK Christmas number one spot in order to aid the UK based Make a Wish Foundation.

Vlad hopes to branch into different types of videos after he leaves school.

To watch the “Christmas Without You” music video click here

To read more about people in Limerick click here