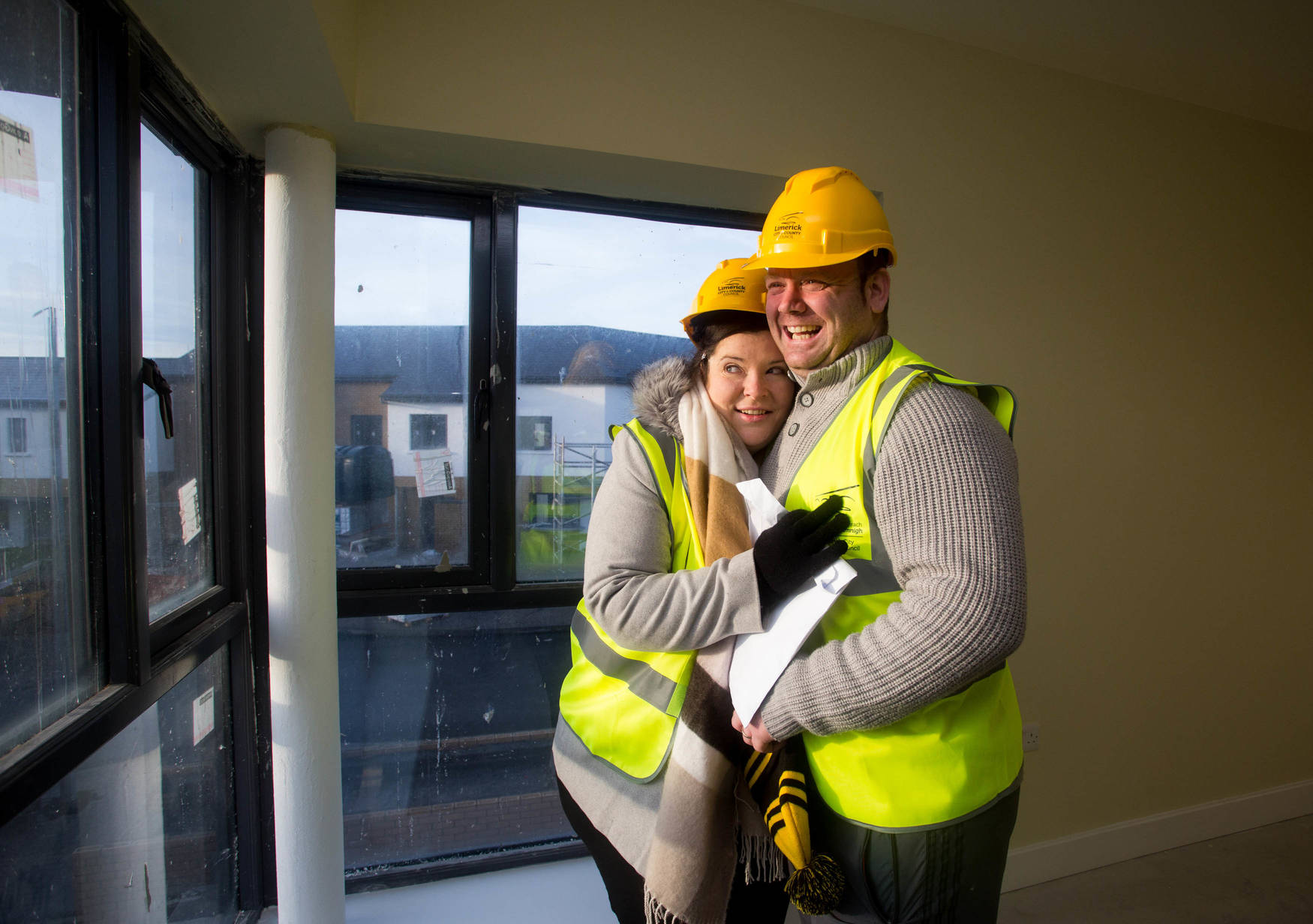 Residents were shown around their new homes in the Lord Edward Street housing development in Limerick for the first time.

The development is part of the Regeneration programme and is one of the largest social housing projects in the country.

A total of 81 units have been built on a brownfield site close to Limerick city centre comprising of 57 units for elderly residents (1 and 2-bed apartments and 2-bed houses) with the remainder (24) being family homes (3 bedroom).

Gerard and Christina Doran, who are both in their thirties, were among the first wave of new tenant families who were shown around their new homes over the past two days (Monday and Tuesday 18-19 Dec 2017).

Gerard and Christina Doran said: “We were nervous coming down, anxious as we didn’t know what to expect but this is amazing, so well laid out, Absolutely amazing, overwhelmed to be honest, It’s modern day living, unbelievable.”

Fighting back the tears, the couple, who have one child, toured the house. “We’re very happy, we’ve been living in O’Malley Park in Southill for more than 10 years.  We had planned to buy a house but I [Gerard] lost my job in the recession so things didn’t work out for us.  So this is a new start for us, absolutely fantastic, amazing.  It’s great to have the opportunity to come down here and look at where we are going to be living.  It’s a great Christmas present,” they added.

Two of the homes facing the street are already being lived in, while the remaining 79 units will be ready to be occupied by council tenants early in the new year.

As part of the allocation process, tenants were given a tour of their new homes by staff from the Community Support Services department of Limerick City and County Council.

Mary Kelly will be one of the Doran’s neighbours.  She is moving from Ballinacurra Weston to her new home.  “I’m amazed, ecstatic, I couldn’t be happier.  I’m delighted.  I’m in my house now for 14 years and on the transfer list for the past seven years,” she said as she stared out the upstairs bedroom window onto the restored Limerick Clothing Factory building, which will now be the area’s community centre.

“I’m staying close to where I’m from, and the kids know the area.  I think my new house is amazing, especially for my daughter as she will have her own room.  It’s so well done, I couldn’t be happier.”

More than 18 million euro has been spent on the site, which will also contain retail outlets and a community centre, is part of the government’s ‘Rebuilding Ireland – Action Plan for Housing and Homeless’. 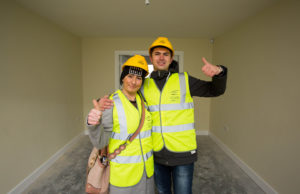 Viewing their new home in the development site at the Lord Edward Street were, Jolenta and Wojciech Picur.

Mayor of the City and County of Limerick Cllr Stephen Keary said: “I would like to wish all the new tenants moving into Lord Edward Street all the very best in their new homes.  The site has some fascinating history attached to it and I hope all the new tenants are happy and will have memorable times of their own there.”

“Lord Edward Street has been one of the flagship social housing developments not only in Limerick but the whole country.  We are very conscious of the need to provide our citizens with good quality housing, and Lord Edward Street certainly delivers on this.”

Carmel Kirby, Director of Social Development with Limerick City and County Council said: “Lord Edward Street is one of the main regeneration housing developments around the city and we are delighted with this reaction from the new tenants.  We want to build and sustain communities and we believe that we will do that in Lord Edward Street.”

“The 79 new units will be occupied early in the new year, and will bring renewed life into an area which had lain idle for years.”

“The development is also close to all amenities.  There is a primary health care centre adjacent with shops and schools nearby and the People’s Park is a few minutes walk down the road.”

Seamus Hanrahan, Senior Architect with Limerick City and County Council said: “The history of the Lord Edward Street site is fascinating and the Limerick Clothing Factory which operated from this site was reputed to be the largest clothing factory in the world at one point.”