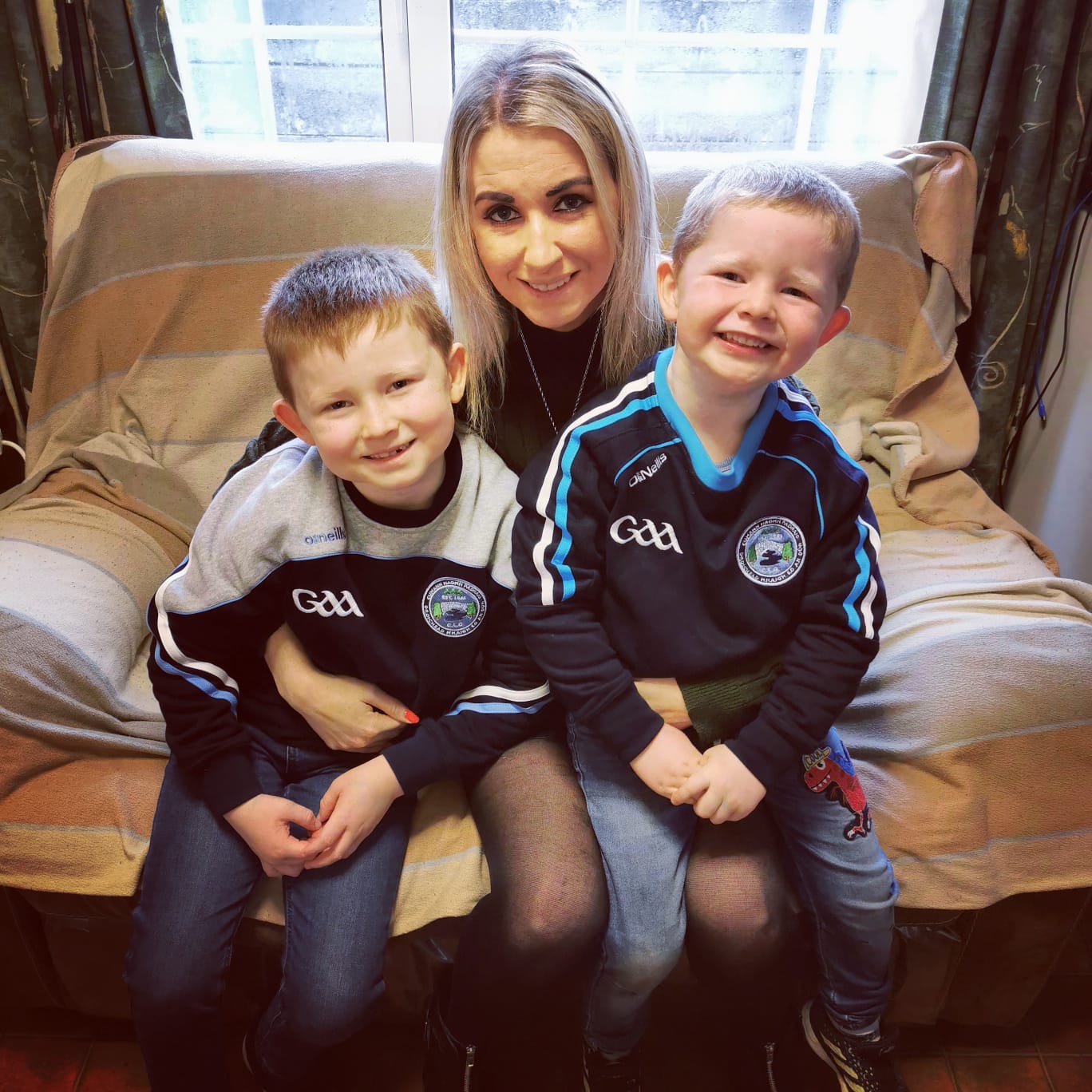 Louise Rogan pictured above with her children Jack, and Noah

Louise lost her husband, Michael suddenly on July 5 after a tragic accident. Pictured here with Jack, and Noah

Louise Rogan, from Newry Co. Down, lost her husband, Michael Rogan, suddenly in June after a tragic accident. Louise and Michael had two young children, Jack, and Noah, at the time of his tragic passing.

After their father’s passing, Louise searched for any way she could help her children through the grieving process of the loss of a parent. It was here when she came across the Children’s Grief Centre.

Louise reached out to the Children’s Grief Centre and they were only too happy to offer their help to the grieving family. The Children’s Grief Centre, located at the South Circular Road, is a free and voluntary organisation that supports children between the ages of 4 and 18 where parents have separated, divorced, or where there has been a bereavement. The children and young people are the core focus while also supporting the parents and taking the children through the process of grieving and dealing with their emotions in a positive way.

The centre was founded in 2009 by Sr Helen Culhane and has grown in leaps and bounds since, having helped over 1,400 children to deal with the emotional and mental effects of dealing with a loss. The Children’s Grief Centre is a non-government funded charity and since Covid-19 has emerged itself in our society, the Centre has had a loss of vital funds that they would usually have incoming. Louise Rogan

Although the Children’s Grief Centre is based in Limerick, it must be recognised as a national charity. The centre is there to offer help to any child or young person who needs it, no matter where they are from.

Sr Culhane said, “We have children who have come from Dublin, Cork, and all-around to use our services. We are very much a national charity and we offer our support to any child or young person in the country who wants to avail of it.”

Louise, recognising this and appreciating the help that the Children’s Grief Centre has offered her family in this trying time, decided she would start fundraising for this important charity and the important work it does. Louise decided to walk the Vhi Women’s Virtual Mini Marathon and did 5k in the morning and 5k in the evening to help raise funds for this amazing charity. Louise set her fundraising goal as €1,000 and she surpassed that goal raising over €2,000.

“I found Children’s Grief Centre online, but with Covid restrictions, etc I decided that once they were lifted, I would reach out to them for their support and help, as I had seen wonderful reviews about them online. Also, I was seeing how much charities have been affected by their fundraising efforts due to Covid. It was then that I decided I wanted to try to fundraise, as I have done a lot of fundraising in the past, for Children’s Grief Centre, so they can continue to do the amazing work they do to help children like Jack and Noah.”

After the passing of her husband, Louise moved her family back to Co Kerry but her loving neighbours from Co. Down appreciated the help that Louise and her boys have received from the Children’s Grief Centre and have decided to hold a Halloween Scare Attraction to raise funds for the centre.

Lousie tells us, “My lovely neighbours and friends from where we lived in Mayobridge, Newry Co. Down, Lorna and Louis Gribben have decorated their home with Halloween decorations and turned their home into a Halloween Scare Attraction. Lorna and Louis have kindly decided to fundraise for Children’s Grief Centre so that children like Jack and Noah can get help and support their need through times of grief and loss. People from across Northern Ireland are gathering in Bavan Grove, Mayobridge to see the amazing display and giving donations to Children’s Grief Centre. So far they have raised over £325 for the centre which is amazing!”

Louise said, “Thank you, again, everyone for helping me make a difference to the lives of bereaved kids like my Jack and Noah.”

We at I Love Limerick wish Louise and her family well going forward.

For more information on the Children’s Grief Centre, go HERE