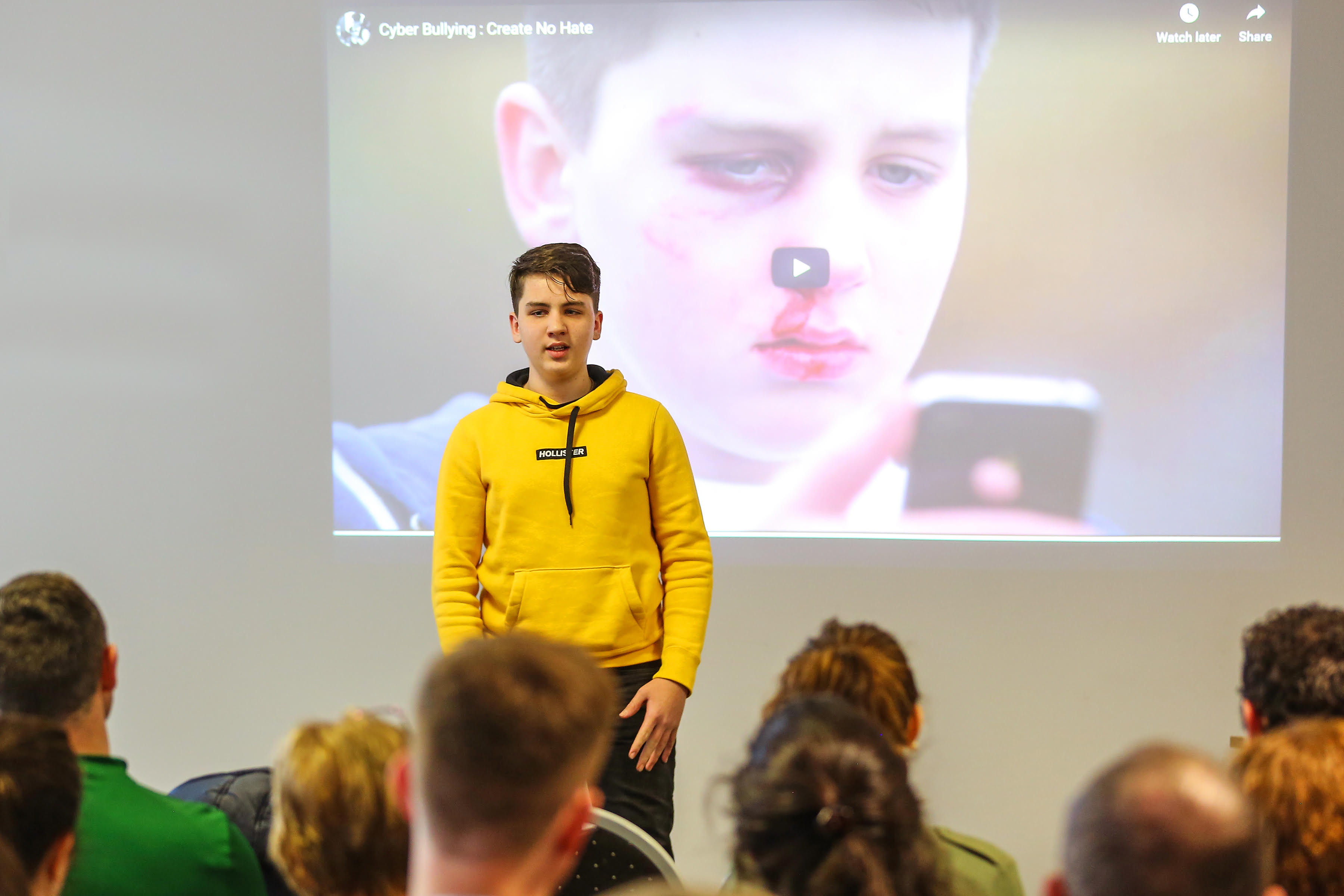 Budding filmmaker and blogger Luke Culhane featured as a guest speaker in the Healthy Social Media Event in the Roscommon leader Partnership Offices on Golf Link Road, as part of Safer Internet Day.

The Roscommon Local Learning Network and Roscommon Children and Young People’s Services Committee, in association with momentum (educate and innovate), organized the event for promoting healthy social media use, as well as provide an opportunity to learn and network. 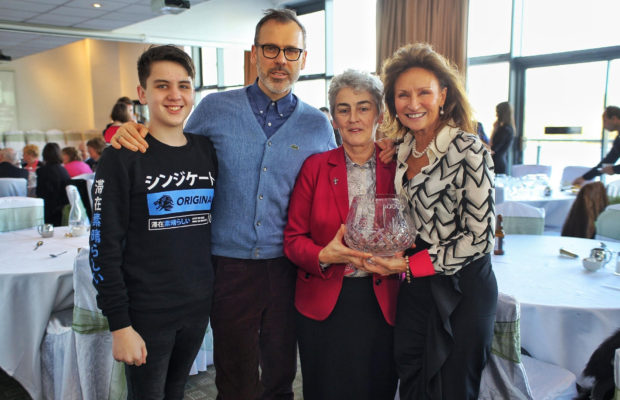 During the event, Luke who won Limerick Person of the Year in 2016, spoke about raising awareness of cyberbullying saying, “Today is the 3rd year anniversary of my video ‘Create No Hate’ which I made in honour of Safer Internet Day in 2016. I am so honoured to be asked to speak today about the amazing experiences I have had in the last three years since creating the video.”

The event aimed to highlight the key challenges and issues young people face online. During his speech, Luke explained how the threat of cyberbullying has only gotten worse in recent years. “Unfortunately, the cyberbullying issues that existed in 2016 are worse than ever and the video still has meaning today. Kids who are bullied can experience negative physical, school, and mental health issues and we all need to work together to help change this and make the internet a safer environment for everyone, both young and old.”

After Luke’s speech, he received praise from the event organisers, Momentum – Educate and Innovate, who called him an “exceptional young man, ” adding, “His contribution to the event was powerful and poignant. We learned a lot from Luke.”

Luke was motivated to create the video after being a victim of cyberbullying himself. He wanted to highlight the issue of cyberbullying as well as offer some practical tips to help other teens suffering by making his powerful video. Its success was picked up by Sky News, BBC, MTV, Fox, RTE and UTV, among others, bringing international admiration to Luke’s efforts, resulting in him being named Young Person of the Year by prominent French newspaper Mon Quotidien.

Luke continued with his work fighting against cyberbullying, forming the Create Not Hate campaign which he champions to this day. His was also Grand Marshall in the 2017 Limerick’s St Patrick’s Day parade.

Offered at the event were free resources and training to people working with young people, such as health workers, councillors and sports organizations. Attendees to the event had the opportunity to learn about the Healthy Social Media project and free training course, specifically developed for youth workers and teachers, as well as access the Healthy Social Media App – an interactive app for young people, which encourages them to access their own behaviour. Additionally, the social media event offered the chance to network and make connections, as well as hear from expert speakers about the potential dangers with social media.

Other speakers at the event included Caroline Dulgnan with the Roscommon Internet Safety Programme and Grace Roche, MMS.